Connor Bedard had a hat trick and four assists as Canada got back on track at the world junior hockey championship Wednesday with an emphatic 11-2 victory over Germany.

Dylan Guenther also had a hat trick — all off Bedard passes — while Brandt Clarke and Logan Stankoven each added a goal and two assists.

Shane Wright and Joshua Roy, with an goal and an assist each, and Zack Ostapchuk also scored for the tournament hosts, who opened on home soil Monday with an embarrassing 5-2 loss to Czechia.

Olen Zellweger chipped in with three assists as Canadian head coach Dennis Williams shook up three of his forward lines — including splitting up Bedard and Wright.

Thomas Milic made 14saves in his first world junior start for Canada. Roman Kechter and Philip Sinn replied for Germany, which got 30 stops from Simon Wolf before he was replaced by Rihards Babulis for the third period in a mercy pull. Babulis finished with 11 saves. 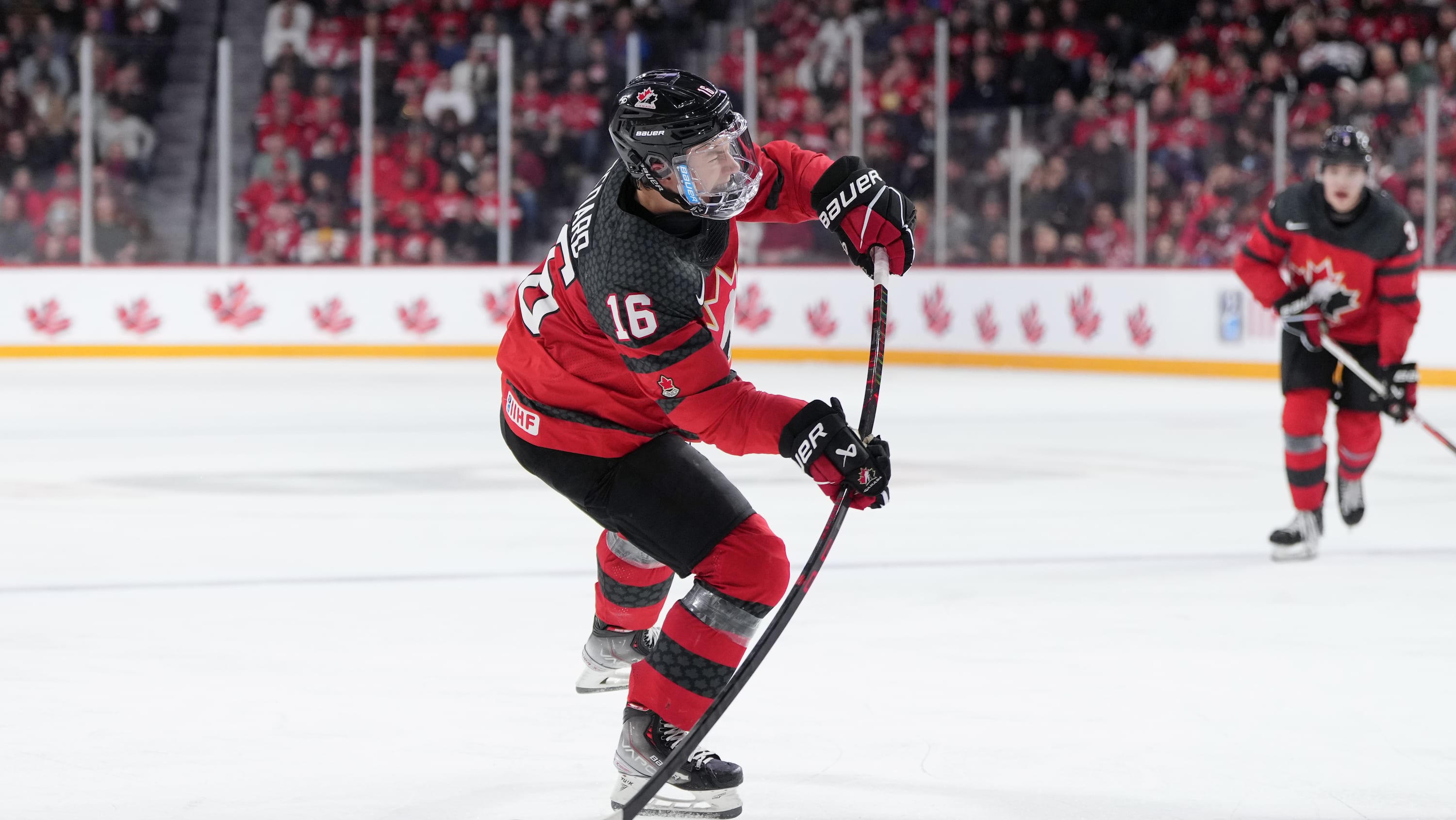 Canada, which improved to 16-0 against the Germans all-time at the men’s under-20 showcase, will now quickly pivot to face Austria — outscored 20-0 through its two tournament games — on Thursday back at Scotiabank Centre.

Coming off a 1-0 defeat Tuesday to Sweden in game that saw Nikita Quapp stop 43 shots in a losing effort, Germany is off Thursday before a Friday meeting with Austria.

A talent-rich team loaded with nine first-round NHL draft picks, plus presumptive 2023 top-5 selections Bedard and Adam Fantilli, Canada was stunned by the Czechs in a disjointed, uninspired curtain-raiser that left the powerhouse favourites searching for answers.

That included players questioning their own readiness and preparation, while Fantilli and Bedard each attempted and failed “The Michigan” lacrosse-style move early — sequences viewed afterwards as symptomatic of the Canadians’ loose approach against an underdog opponent.

Despite some early jitters, there would be no repeat.

Guenther opened the scoring on a power play in the first period off a Bedard feed, and it looked like Canada had made it 2-0 a few minutes later only to have a goal waved off after the referee’s whistle blew before the puck crossed the goal line.

The Canadians, who had a goal disallowed against the Czechs that would have made it 2-0 before their underdog opponent tied things moments later Monday, might have been feeling a little deja vu when Ketcher snapped a shot through Milic to tie the game.

But Wright was credited with his second goal of the tournament on another power play when a German defender swept the puck into his own net.

Bedard, who had four goals in an 11-2 victory over Austria last December before those world juniors were shelved by COVID-19, then made it 3-1 when the silky smooth 17-year-old took a stretch feed and ripped his a shot past Wolf and got another early in the second on a goaltending miscue.

Milic, who stopped all 10 shots he faced after coming off the bench to replace Benjamin Gaudreau in the second period of Canada’s shocking display two nights earlier, didn’t have a lot to do at the other end, but was solid when called upon.

Bedard roofed his hat trick goal on another power play before Rayan Bettahar was handed a match penalty and ejected for an illegal check to the head on Fantilli.

That’s when the floodgates really opened for Canada against Germany, which has only two players drafted by NHL teams — including Quapp, who didn’t dress Wednesday.

Guenther scored his second on a slick Bedard feed to make it 6-1 and Clarke blasted a one-timer off a German defender.

Bedard then set up Guenther for his third on the same power play, and Stankoven added another late in the period for a 9-1 lead through 40 minutes.

Ostapchuk made it 10-1 early in the third before Bedard assisted on Roy’s goal for his seventh point of the evening.

Sinn got a late consolation goal on a German power play.

Milic was perfect after replacing Gaudreau on Monday with the score 5-2 for the Czechs — after a tough start.

The only other undrafted player on Canada’s roster other than Bedard and Fantilli stumbled to the ice as he was going through a quick warm-up in the crease.

“Great way to come in,” Milic joked Tuesday. “The camera’s right in my face, too. I just had a good laugh about it. I think it might have helped honestly ease the tension a little bit of going cold with such a tense situation.

“It all played out nicely.” 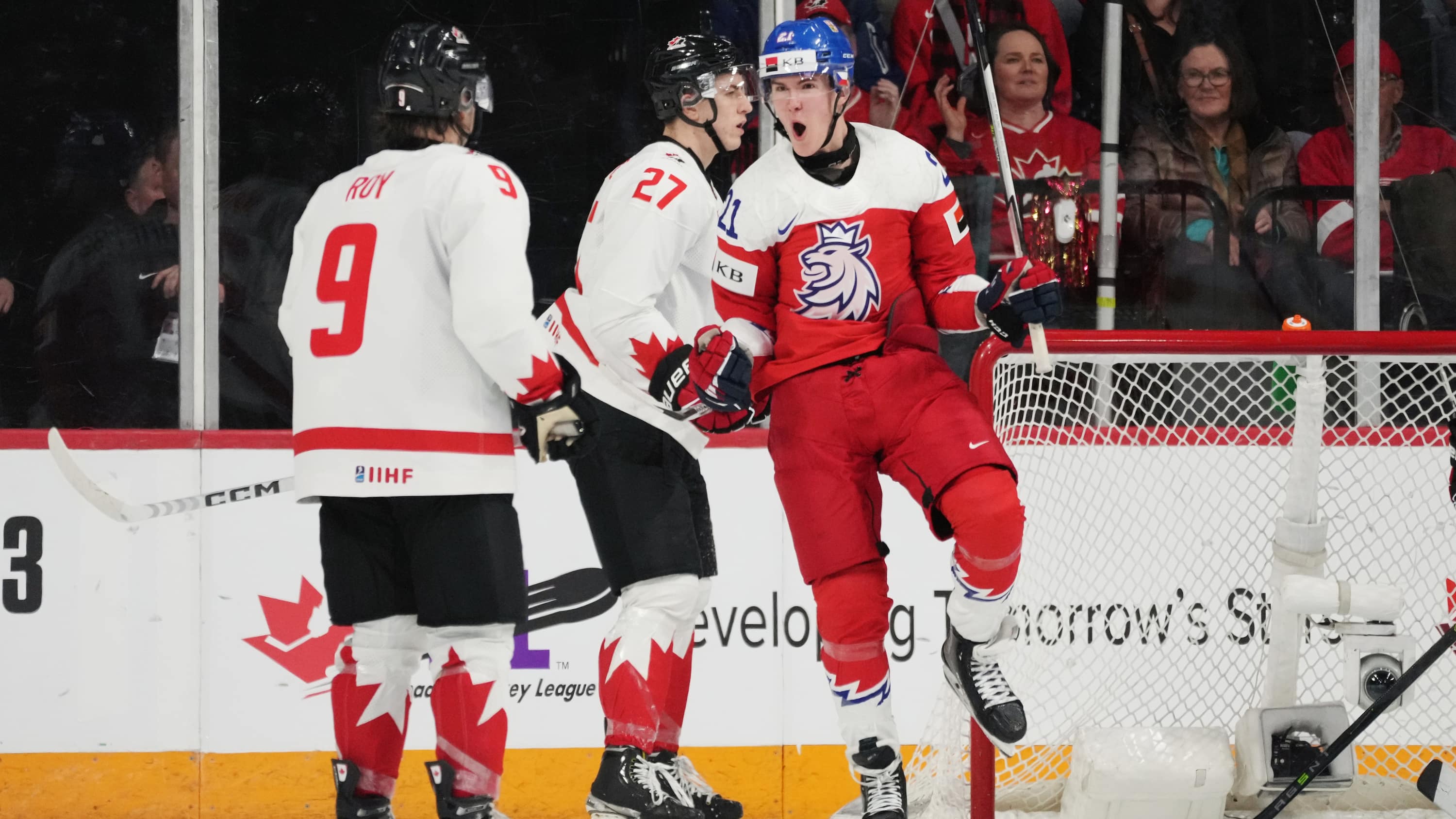 After Canada was given a penalty for an illegal hit, the Czech Republic scored twice to put the game out of reach.