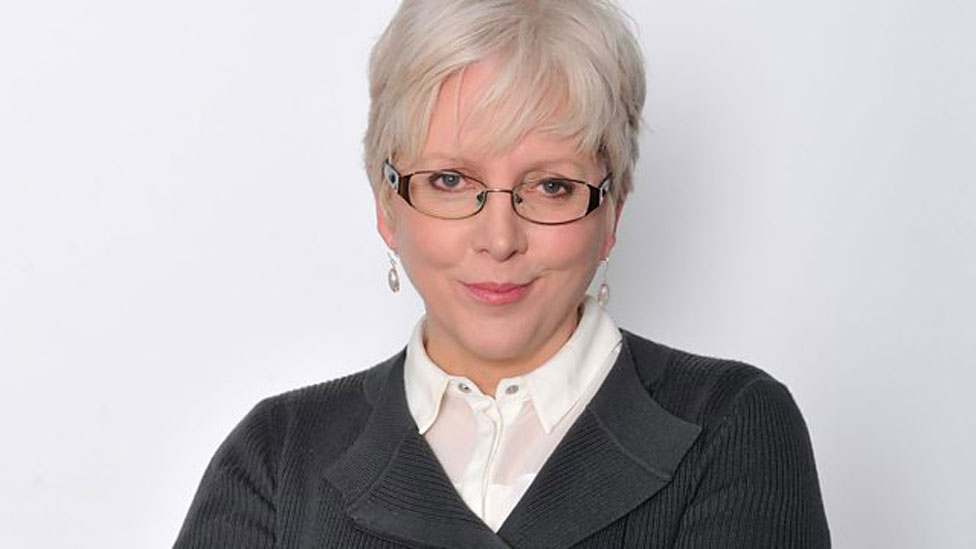 The BBC has apologised to news presenter Carrie Gracie for underpaying her and says it “has now put this right” by giving her back pay.

She is donating the full, undisclosed amount to the Fawcett Society, a charity that campaigns for gender equality and women’s rights.

Gracie resigned as BBC China editor in January in a dispute over equal pay.

She said: “I am glad to have been able to resolve this. It shows that we can make progress.”

The corporation said it had “reached an agreement to resolve their differences”.

‘Today I can say I am equal’ – Carrie Gracie’s statement:

“This is a huge day for me. I love the BBC. It’s been my work family for more than 30 years and I want it to be the best. Sometimes families feel the need to shout at each other, but it’s always a relief when you can stop shouting.

“I’m grateful to the director general for helping me resolve this. I do feel he has led from the front today.

“In acknowledging the value of my work as China editor, the BBC has awarded me several years of backdated pay. But for me this was always about the principle and not about the money, so I’m giving all of that money away to help women who need it more than I do.

“After all, today at the BBC I can say I am equal.

“I would like women in workplaces up and down this country to be able to say the same. This has been an enormously long, hard road to get here. It has involved so much work by so many people, and I am proud of it.

“Cultural change takes time to help people think things through. It is an enormously difficult issue, not just for the BBC but for employers all over the country and all over the world. This is a win for me and a win for the BBC. I’m proud of all of us.”

Fellow broadcaster Clare Balding tweeted her appreciation for Gracie, saying: “To donate all of the agreed backpay confirms what we already knew – she is not fighting the fight for herself but for ALL.”

At her request, Gracie will now take up to six months of unpaid leave and will take on writing and speaking engagements about both China and gender equality.

Director general Tony Hall said: “I am pleased that we’ve been able to move past our differences and work through things together; we can now look to the future.”

Lord Hall added he was “glad” that she is contributing to a BBC project “to make the BBC a great place for women to work”.

“That really matters to me, and I want us to lead the way.”

When she resigned as China editor, Gracie said she had been dismayed to find the BBC’s two male international editors earned “at least 50% more” than their two female counterparts.

The BBC has now acknowledged she was told she would be paid in line with the North America editor when she took the role, and she accepted the role on that understanding.

The corporation said it “has now put this right”.

Gracie quit because the two editors earned more than her £135,000-a-year salary. She said she had refused a £45,000 pay rise because it still left a “big gap” between her and her male counterparts, when all she wanted was to be “made equal”.

She went back to a job in the newsroom. The BBC said at the time that “fairness in pay” was “vital” to the corporation.

On 26 January, six of the BBC’s leading male presenters agreed to take pay cuts following the revelations about equal salaries.

The Fawcett Society said it would use the donated money to give women legal support to negotiate equal pay, and it will contribute to strategic legal cases and interventions aimed at strengthening the law.

Carrie Gracie finished her tweet on today’s news with the words “I’m home”. This has been a long and difficult process for one of the BBC’s most distinguished journalists.

At base, today marks a moral and practical victory for an effective campaigner, and her donation of back pay to the Fawcett Society proves she meant it when she said this was about a principle rather than cash.

The narrow question is – what this means for the BBC. The corporation would like it to draw the matter to a close, and pointedly refers in its statement to the “specific circumstances” of her case.

While today might bring a close to this individual case, it is of course unclear what impact it will have on others at the BBC who are pursuing grievances.

The same applies beyond the BBC. As a significant victory for a high-profile campaigner, who came to have totemic status, today will give encouragement to others who have been denied equal pay for equal work.