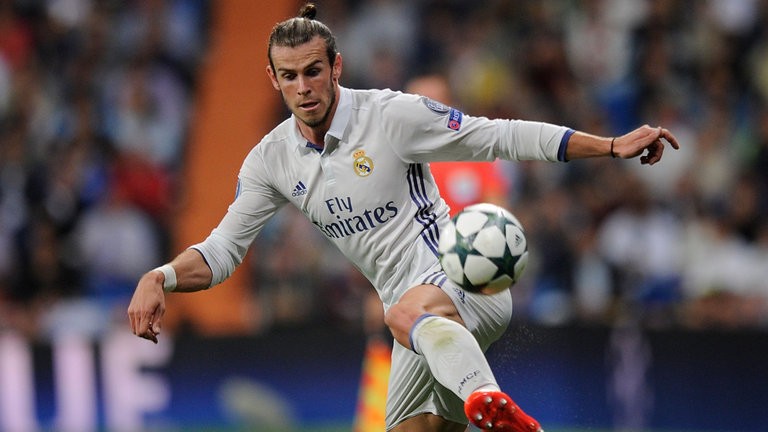 Gareth Bale is loving life in Spain and has no intention of leaving Real Madrid and returning to the Premier League, Sky sources understand.

The news comes after renewed media speculation that the Wales winger would be heading for Manchester United should Real be able to sign Kylian Mbappe from Monaco.

Mbappe has emerged as a key target for a number of Europe’s leading clubs this summer, with Arsenal and Liverpool also reported to be interested in the 18-year-old France international.

But Sky Sports News HQ has been told the Champions League holders have no intention of letting Bale leave the Bernabeu, regardless of their other transfer activity this summer.

While Jose Mourinho has been a long-time admirer of the former Tottenham player, behind the scenes at Old Trafford, United are not aware of a change of heart over Bale in Madrid.

Bale has spent the last four seasons in Spain after leaving Spurs at the end of the 2012-13 season for what was then a world record fee of £85.3m.

He has since won three Champions League titles, the most recent when Real beat Juventus at Cardiff’s Principality Stadium.