Back in the Ballroom! Selma Blair Performs During ‘DWTS’ Finale 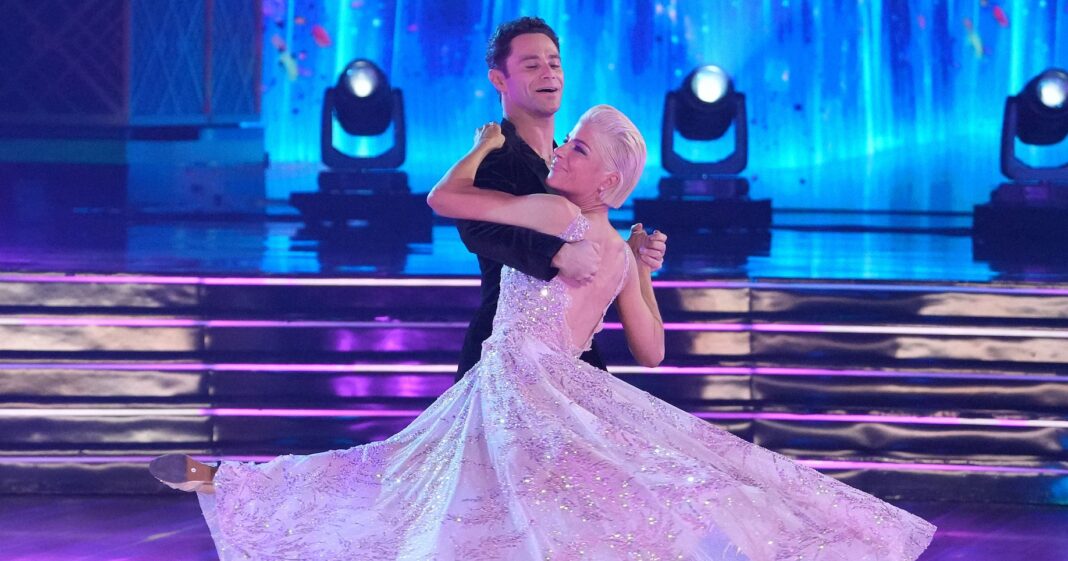 A triumphant return. Selma Blair performed during the Dancing With the Stars season 31 finale after leaving the show early due to health concerns amid her battle with multiple sclerosis.

“She’s had time to rest, and she’s had time to heal. She is well enough to live that dream tonight for you,” cohost Tyra Banks said during the Monday, November 21, episode. Blair, 50, and her partner, Sasha Farber, danced a contemporary routine while fellow season 31 competitor Jordin Sparks sang her hit song “No Air” live. The Cruel Intentions actress did the routine barefoot, completing a cartwheel with the assistance of Farber, 38.

During an October episode of DWTS, Blair revealed that her doctors had concluded she had to step back from the reality series for her health. After her emotional final performance, Len Goodman commended her for making it as far as she had.

Also read: ‘Dancing With The Stars’ Finale: Who Won The Season 31 Mirrorball?

“This competition is hard for everyone, but if the others have climbed hills, you’ve climbed mountains,” the 78-year-old England native told her. Goodman and the other judges all gave the Brown’s Requiem star a 10 out of 10, earning her the first perfect score of the season.

“I didn’t want to leave,” Blair told after her exit, revealing the moment she “knew” she’d have to go. “I had an MRI on my knee, and the doctor was like, ‘Ugh, if you can choreograph it in the pool or do something, you know, not weight-bearing.’”

The Michigan native announced in October 2018 that she had been diagnosed with MS, a demyelinating disease that affects the central nervous system.

“I am in an exacerbation,” she wrote via Instagram at the time. “I am disabled. I fall sometimes. I drop things. My memory is foggy. And my left side is asking for directions from a broken GPS. But we are doing it. And I laugh and I don’t know exactly what I will do precisely but I will do my best.

In September, the Sweetest Thing actress told Us that there was “no way” she could’ve competed on Dancing With the Stars two years ago.

“My balance was so in a process of healing. I did not have any confidence that I could even last half a dance. You know, that just didn’t seem, like, possible. And now it does seem possible,” she said at the time.

During her final episode as a season 31 contestant, Blair told the judges and her fellow dancers that she was “honored” to share the experience with them.

“This competition has shown me how much I love to be with people who are trying their hardest,” she said. “How much I love being around music even though I don’t have musicality.”