The B.C. government seems to have both solved a housing problem and escalated a dispute with the City of Maple Ridge.

Housing Minister Selina Robinson announced Tuesday afternoon the province will be constructing 51 temporary modular homes on a plot of land it owns in the 11700 block of Burnett Street, in an attempt to alleviate conflicts over the Anita Place homeless camp.

“Our goal is to quickly get people into housing where they can get the help and the support they’ve long been needing, while working to close the camp in a managed way,” said Robinson in a statement.

The province said Coast Mental Health will be the building operator and included statements from the organization and background from BC Housing in its statement.

Notably absent from the announcement was any statement by the city itself.

Which, to those following the situation, will come as little surprise.

The provincial government-owned site at 11749 Burnett Street in Maple Ridge, where 51 new modular homes will be built. (Housing BC)

In a presentation last week, the city said it wanted more housing for the homeless — just not at the site the province just announced.

Instead, it wanted more modular housing units at a site already in operation, along with a new senior’s centre at the Burnett Street site, and a “Made in Maple Ridge” model for supportive housing going forward.

“The mayor was told that the plan that they brought forward … wouldn’t work,” she said in an interview last week.

While Robinson said BC Housing will begin work with Maple Ridge on a seniors centre to eventually replace the new modular housing, the time for negotiations was over. 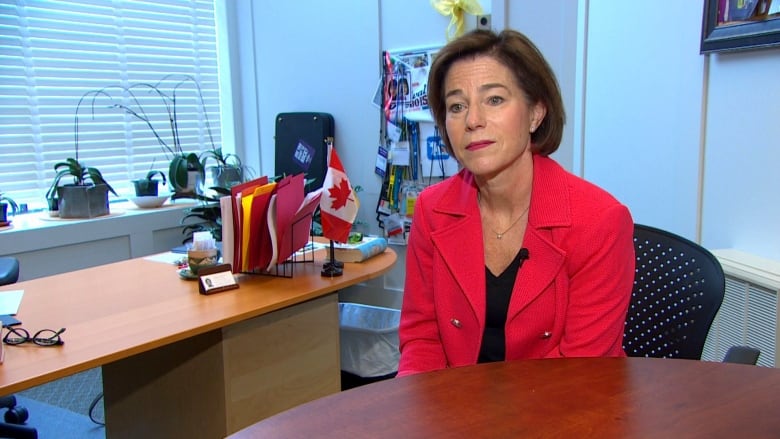 The provincial government has been building modular homes throughout B.C. for the last 18 months but what makes the situation in Maple Ridge unique is twofold.

First, the community’s relationship with homeless camps might be more strained than anywhere else in the province: three possible housing locations have been rejected (two by the province, one by the city), former Mayor Nicole Read received police protection following online harassment over her support of homeless community members and the controversy around the current homeless camp has featured plenty of conflict.

Secondly, new Mayor Mike Morden campaigned — and won by a large margin — on a campaign of cracking down on crime and shutting the homeless camp.

“Housing is a component to this, but it is one small part of a very large puzzle that has to be solved. Drugs are the key here,” he said in a debate during the campaign.

For its part, the province is adamant: it has a model it has implemented in communities large and small since it was elected and feels no need to deviate for a suburban community of 85,000 just an hour from Vancouver.

“We’re seeing communities where people are putting together welcome kits and wrapping their arms, so to speak, around people who have been marginalized for a long time. And I know in Maple Ridge this is possible too,” said Robinson. 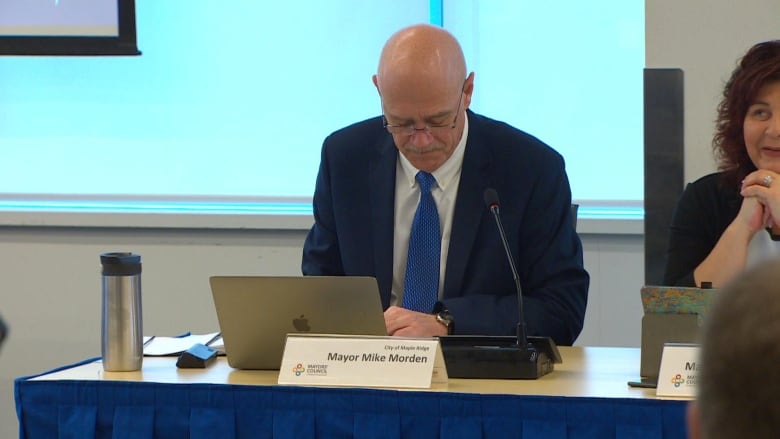 Maple Ridge Mayor Mike Morden has declined all requests to publicly speak on the dispute with the provincial government, arguing it is against the city’s interest to negotiate through the media. (Tristan Le Rudulier/CBC)

It would normally be here where we get the perspective of the local mayor.

However, Morden declined multiple requests in person and in email to talk about the issues he’s hoping to tackle in his community — the first mayor in this series to do so in three months — saying he didn’t want to negotiate with the province through the media.

Multiple councillors have also declined comment, abiding by a request from the mayor not to speak on the homeless issue.

Which is certainly their prerogative.

While he declined an interview, Morden did issue an emailed statement late in the day after the story was published, expressing disappointment with the province’s decision.

“I am troubled by this arbitrary decision made without significant dialogue on the city’s social housing plan recommendations,” said Morden of Robinson’s announcement.

“Our expectation was that city and provincial staff would work through a process together, gather the facts, overcome obstacles and make recommendations to address the immediate and long term needs in our community.”

With the two sides at loggerheads, social media in Maple Ridge swirls with criticism of people in the homeless camp and the government, painting a picture of activists and people outside the community exacerbating the problem, while Robinson refuses to put homeless shelters in her own Coquitlam riding.

“This community has extended itself to the end of its reach … we continue to open more facilities and more move in,” said Wesley Mann, chair of the Burnett Street Neighbours in Maple Ridge, who said he was disappointed but not surprised by the government’s move.

“We need treatment, mental health, after treatment care. We need these sort of things in order to cope with this, and the other communities that surround us don’t have these facilities that we’re putting in.”

What the next steps are by the city remain to be seen, but one thing is clear: both the provincial and municipal governments believe they have the political capital to enact their agendas.

Metro Matters: On The Road is exploring how new city governments throughout B.C. are approaching age-old issues (some political, some not) in their communities.