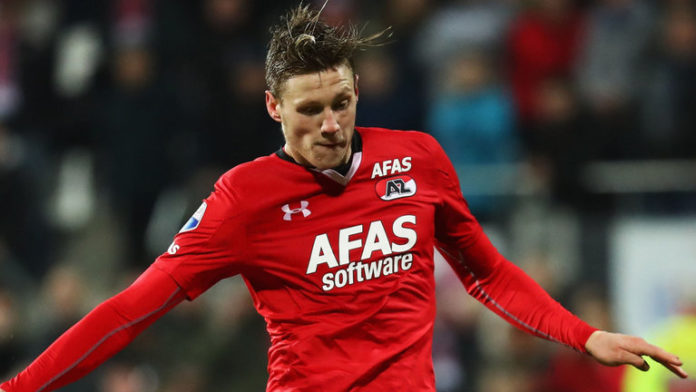 AZ Alkmaar kept the pressure on second-placed Ajax by coming from behind to beat the Eredivisie’s bottom club Sparta Rotterdam 2-1.

Idrissi’s late winner extended Alkmaar’s unbeaten run to eight league games and moved them to within four points of Ajax, who play on Sunday against ADO Den Haag.

Elsewhere in the Eredivisie on Saturday, PEC Zwolle‘s wobble continued with a 2-1 defeat at Heracles.

Goals either side of the break from Kristoffer Peterson and Vincent Vermeij meant a third successive defeat for Zwolle, who had equalised through Piotr Parzyszek in the 50th minute.

English midfielder Mason Mount scored the equaliser as Vitesse came from 2-0 down to draw 2-2 at VVV-Venlo.

Goals from Torino Hunte and Lennart Thy put the hosts in command after 24 minutes but an own goal from Nils Roseler before the half-hour mark was followed by a leveller from the Chelsea loanee early in the second half.