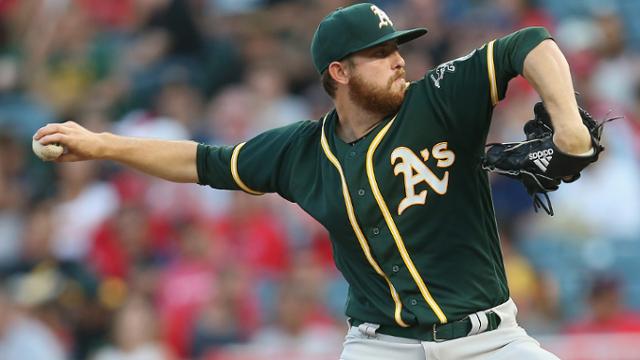 It took the A’s longer to get around to facing the Orioles than any other team this year, playing, and splitting, a four game series at Rickey Henderson Field just a week ago. Today, the A’s are going to finish up the entire season series by playing three games in Baltimore. The A’s have the fewest wins on the road in all of baseball, and have an overall road record of 20-39. The A’s ARE a respectable 4-4 on the road in the very small sample size that is August baseball, meaning that there are signs that the team’s weathering abilities on the road may be on the downturn with fresh faces and actually athletic youngsters now permeating the roster.

The A’s get to experience the anxieties and high tensions of the playoff push vicariously through most all of their competition, but as things currently stand the Orioles are in danger of falling out of the race all together. After dropping their most recent series to the Angels, the Orioles enter this series with a 60-64 record, just one game above last place in the AL East division, and a full four games behind the second Wild Card team. While it sounds like Baltimore is still in striking distance, there are still handfuls of teams between the O’s and a playoff spot, and if they don’t get hot soon, it will be too late.

The Orioles don’t have problems scoring runs. New acquisition Tim Beckham has continued his torrid start to his tenure with his new team, with his OPS over 1.000 during his last week of play. Chris Davis and Manny Machado have both managed to hit even better than Beckham over the same time frame, each of them adding some major power to the middle of the order in addition to mashing at a high average. There really aren’t any respites top-to-bottom in Baltimore’s batting order, and it will be a tall task for the A’s struggling pitching staff to reign in the Orioles’ sluggers.

The Orioles do have problems giving up runs, perhaps even worse than Oakland’s problem with the same penchant. The starting pitching surrendered close to a thousand home runs in their most recent series against Anaheim, and only one starter has made it through six innings since the A’s last saw Baltimore. The falling apart starting pitching has caused an already overworked bullpen to work even harder, and the once shut down bullpen is starting to show some cracks.

The starting rotations on both teams are in total disarray. The league has adjusted to Chris Smith, who has given up at least three, usually more, runs in each of his last five starts, and Paul Blackburn’s inability to strike out a more sizeable number of batters is catching up with him, and quick. Sean Manaea’s velocity has remained noticeably lower than it was earlier in the season, and without the extra zip on his fastball he doesn’t come close to resembling a top of the rotation starter. Both Chris Smith and Paul Blackburn need to show that they can make key adjustments at the big league level if they want to stick around in the rotation for longer than the remainder of this season, and Manaea needs to focus on improving his command so he can still thrive in the majors without his best stuff.

The A’s offense has to take on a trio of pitchers who all have spectacular stuff and ability, with long track records of success, but also go through long stretches of total ineptitude. The A’s have to be patient, because these pitchers will put them on base if the A’s can learn to not bite at breaking balls in the dirt, and give them opportunities to score. Both offenses have a good chance of feasting in this series, hopefully the A’s are hungrier.