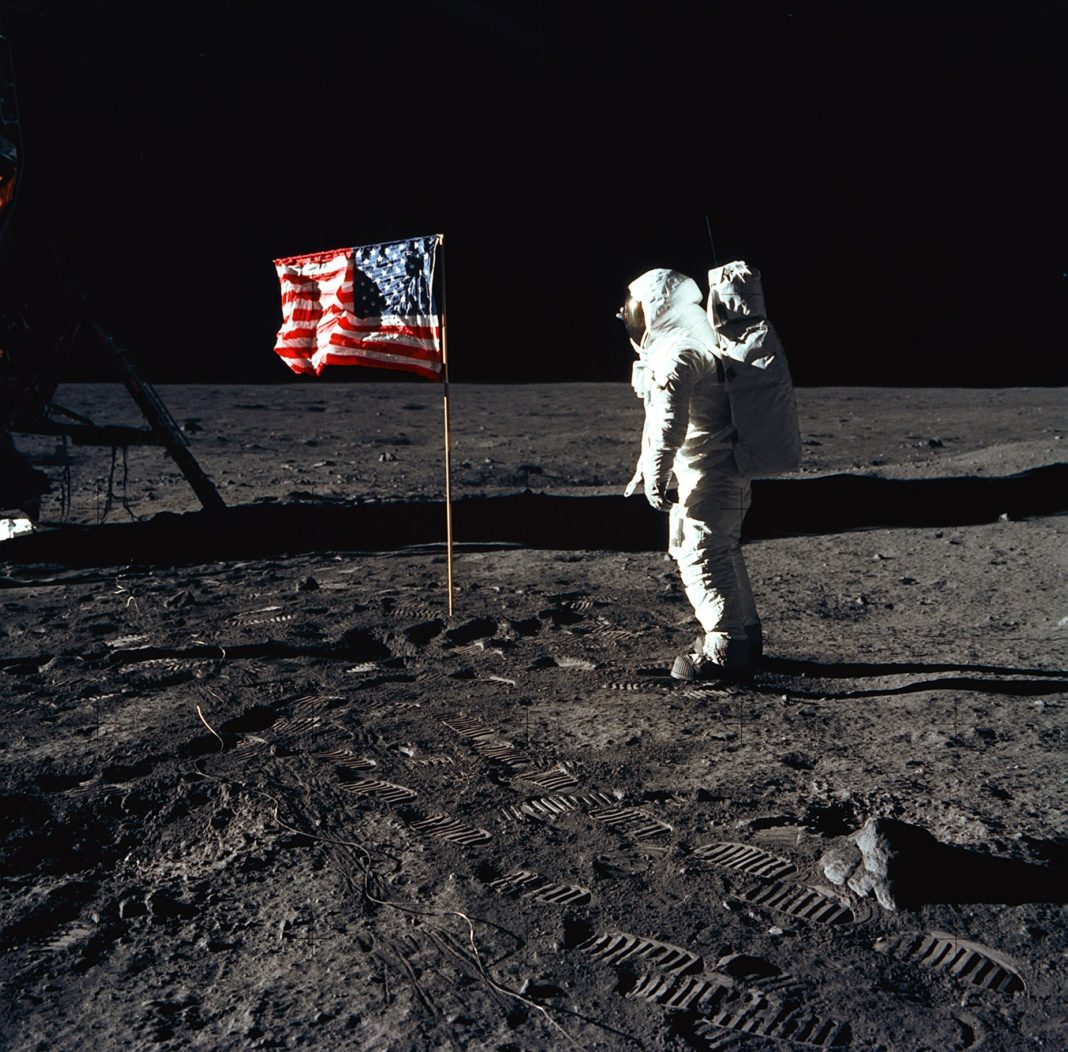 Sotheby’s said Saturday that NASA videotapes depicting the Apollo 11 lunar landing on this day 50 years ago were sold in New York for $1.82 million. The price is 8,000 times more than what former NASA intern Gary George paid for the tapes in a 1976 government surplus auction, the auction house said in a statement.

People celebrated the 50th anniversary of the Apollo 11 mission in other ways across the U.S. on Saturday, including with “Run to the Moon” races and other festivities, the Associated Press reported. On Friday astronaut Buzz Aldrin, who participated in the mission, met with President Trump.

Sotheby’s, which agreed to be acquired for $3.7 billion last month by a company owned by French billionaire Patrick Drahi, has sold several other items associated with Apollo 11 this month, including pages from the mission’s flight plan.

The tapes were recorded at NASA’s Mission Control Center in Houston and come from a Westinghouse camera the agency had commissioned to send footage back to earth.

“Since the camera had to be deployed before [Neil] Armstrong and Aldrin exited the Lunar Module if it was truly going to capture their first steps on the surface of the moon, the camera was stowed in a shock-proof and insulated mount on the LM’s Modularized Equipment Stowage Assembly,” Sotheby’s said in the statement. “Armstrong released the MESA when he first peered out of the LM, so that the camera would be in position to capture his slow descent down the ladder and onto the lunar surface. The two astronauts later removed the camera from the LM and mounted it on a tripod to capture a wider view of the LM and their activities and experiments.”

“The present videotapes are the only surviving first-generation recordings of the historic moon walk, and are sharper and more distinct than the few tapes that have survived from the contemporary network television broadcasts,” Sotheby’s said.

Included in the sale is a hard drive containing a digital version of the material.