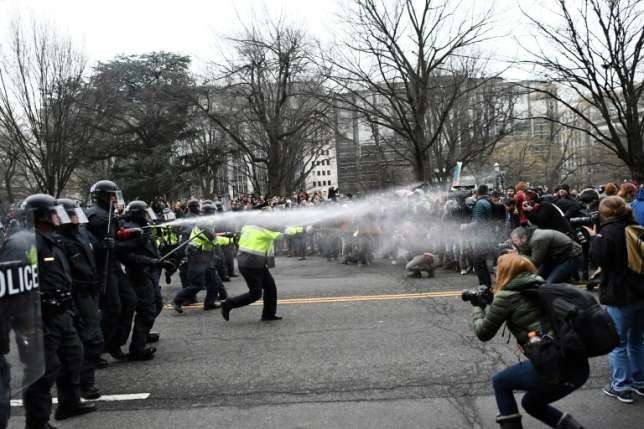 One of the users operated a “DisruptJ20” Facebook page for discussion of Inauguration Day protests that was visited by some 6,000 users — whose identities would be available to the government if Facebook abides by the warrants.

The American Civil Liberties Union, which has filed in a Washington court a motion to quash or narrow the warrants, holds that the demand to obtain the trove of Facebook data is “overbroad” and violates the constitutional amendment that prohibits “exploratory rummaging.”

According to the filing “the warrants’ broad sweep” would allow the government full access to information connected to the three account owners’ profiles as well as some information from third parties — including private messages, choices to associate and views expressed on a wide range of political and social issues.

At first the three users did not know of the search warrants, the ACLU says, because of a gag order preventing Facebook from informing them.

The ACLU says Facebook challenged that gag order and lost, but amid an appeal of that ruling the government agreed this month to lift it.

The information sought would date back to November 1, 2016 — a week prior to the presidential vote — until February 9, 2017, according to the filing.

US government attorneys have also slapped the web hosting firm DreamHost with a similar warrant, which sought data on visitors to a DisruptJ20 site organizing a protest during Trump’s inauguration — a demand also tied up in court.