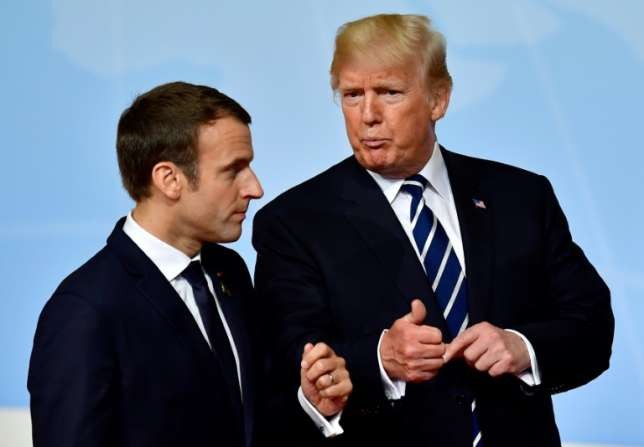 French President Emmanuel Macron’s 30-million-euro “Make Climate Great Again” campaign has narrowed a list of candidate scientists from abroad from thousands to 90, nearly half from the US, a French official said Friday.

French President Emmanuel Macron‘s 30-million-euro “Make Climate Great Again” campaign has narrowed a list of candidate scientists from abroad from thousands to 90, nearly half from the US, a French official said Friday.

Macron made the offer to fund and host foreign climate experts in early June after US President Donald Trump announced the United States would pull out of the 196-nation Paris Agreement, which pledges to cap global warming.

Trump also asked Congress to slash climate-research budgets across multiple federal agencies, including the Departments of Energy, NASA, the Environmental Protection Agency, and the National Oceanic and Atmospheric Administration (NOAA).

If enacted, the cuts would total billions of dollars and thousands of jobs.

“As a climate scientist, I am extremely preoccupied by all the news I’m hearing about the White House budget, which clearly targets environmental and climate science,” said Valerie Masson Delmotte, research director at France’s Alternative Energies and Atomic Energy Commission.

Tens of thousands of scientists took to the streets of Washington D.C. in April to protest.

“The decision by the president of the United States is disappointing,” Macron said at the time.

“You will find in France a second homeland,” he added in launching his appeal, clearly directed to US scientists.

Just over 250 applicants — 45 percent US citizens — made the first cut, based on academic qualifications and detailed research proposals, according to Anne Peyroche, chief research office at France’s National Centre for Scientific Research.

“We have some very high-level candidates,” said told AFP.

“It’s a real opportunity for France, but at the same time it says something about the situation of climate scientists in the United States.”

French institutes and universities have matched Macron’s largesse, which means a total of 60 million euros ($70 million) set aside for 50 junior and senior five-year postings.

“It is a kind offer, and it makes a very important statement,” Michael Mann, director of the Earth System Science Center at Pennsylvania State University, told AFP.

“The contrast between Macron — who supports scientists and listens to its warnings — and Trump, who expresses disdain for science, could not be more striking.”

Macron is scheduled to unveil some of the marquee scientists selected on December 12, the second anniversary of the signing of the Paris Agreement.

Junior researchers will be alloted up to one million euros over four years, covering salary, two doctoral students and working expenses.

Senior researchers will each have a 1.5-million-euro budget that includes two assistants and two students.

Spouses will also be given work permits while they are in France.