An Innu teen died in care. Now a fired social worker is speaking out 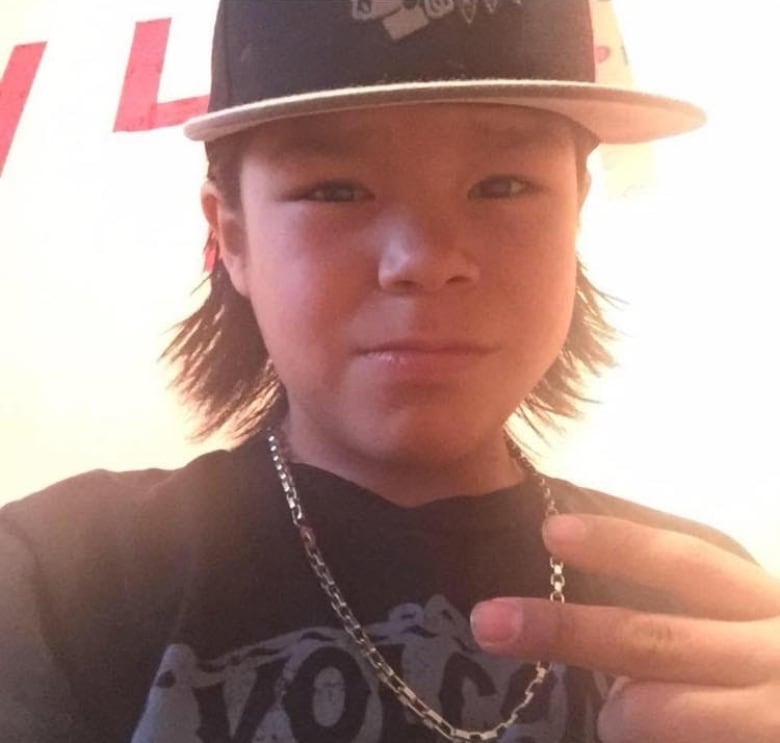 The system failed an Innu teen who died by suicide while under provincial care this year, and changes are needed, according to the social worker who oversaw his file.

In May, Wally Rich, 15, of Natuashish died in a Labrador group home.

Wally was one of 165 Innu children under the care of the Newfoundland and Labrador government, and one of the disproportionate number of Indigenous children in care. His death is also just one case in the suicide crisis Innu youth are facing.

Linda Saunders, who was fired from the Department of Children, Seniors and Social Development (CSSD) in the aftermath of Wally’s death, says the department fell down on the job.

“It’s the people that we’re supposed to protect [who] are the victims at the end of the day, because we’re not doing our job,” Saunders said.

About one-third of the children in care are from Innu or Inuit communities.

Source: Government of Newfoundland and Labrador, as of March.

After months of education leave to pursue a master’s degree in theology, Saunders — who had been a social worker for six years — says she was asked to return to work in mid-April. That was earlier than planned, and near the height of the coronavirus pandemic in the province.

Upon her return, Saunders described staffing as half of what it should be. She said there was a high rate of stress, lack of support and high turnover among social workers in Labrador, with at least four quitting before she returned to work.

She said she was carrying a caseload of more than 40 files, more than double the usual number of 20.

“That was another big concern for me,” Saunders said.

Saunders also says she was encouraged to work from home during the pandemic, but didn’t have access to a work phone or one of the 162 laptops the department deployed to staff. She says she split her days between working from home and her Happy Valley-Goose Bay office. Working from home minimized what she could do, she said.

In a statement to CBC News, the department said social workers restricted in-person visits with children and families to urgent matters and high-risk cases during the pandemic.

Saunders says because of that, she had no in-person contact with her client, Wally Rich, and only two short telephone calls with the teen.

“In the past, I would always go to homes, do visits. Obviously that wasn’t permitted … We had to stay away from people unless it was something that was advised to do.”

Over the Victoria Day weekend, on May 17, there was an incident involving Wally at the group home.

Saunders says the RCMP, group home, and CSSD’s on-call staff were involved, but no one from the department had an in-person visit with Wally afterward.

In fact, Saunders says she didn’t find out about the incident until two days later, when she returned to work after the long weekend and received a report.

“Nobody made any arrangements to ensure that situation was controlled.”

After receiving the incident report, she says, she had questions and tried to seek direction from her supervisor or zone manager about how to proceed, since only urgent face-to-face meetings with clients were allowed.

“That supervisor wasn’t available, so because of the heavy workload that was expected of me, I had to prepare affidavits for court, which was very, very new for me,” she said.

“What next steps needed to happen, if anything? You know, was this person monitored 24/7? Is that my call? Or was it the supervisor and social worker that was on call at that time?”

Days later, on May 22, Wally died by suicide.

Saunders was out for a walk after work that Friday when her phone rang. It was her supervisor, notifying her about the teen’s death.

Another social worker picked her up and brought her to the group home, where she says she provided support to other workers, using her new training in theology.

“Everybody was kind of confused and in shock and really didn’t know how to deal with the situation,” Saunders said.

Days later, she was asked to take some time off and turn in her keys to the office, as an investigation into Wally’s death began. She says she was fired June 29.

In a letter dismissing Saunders from her job, the department said Saunders failed to make an independent clinical evaluation of the information presented to her and failed to act.

Saunders says she feels like she was set up to fail, and scapegoated.

“They needed to do a Band-Aid solution over a bigger, bigger problem,” she said.

Saunders has since moved out of the province, and her union is going through arbitration on her dismissal.

Lisa Dempster was the minister of children, seniors and social development when Wally died. She has since been shuffled into a new portfolio, as part of a sweeping series of cabinet changes after the new premier took office.

During an interview in late July, while still in charge of the department, Dempster told CBC News she can’t reveal specifics about Wally’s death, or even confirm if he was in the province’s care.

She said the child and youth advocate and chief medical examiner are notified when a child in the province’s care dies. A human resource and file review begins, and there’s an investigation into why the child was in care.

“Should a child lose their life, I will leave no stone unturned to get to the bottom of why that happened,” said Dempster.

She acknowledged challenges recruiting and retaining social workers in rural areas, and said 45 out of 57 social worker positions in Labrador were filled, leaving 12 vacant.

Asked about Linda Saunders’s allegations about feeling set up to fail — with a heavy caseload, and a lack of work equipment — Dempster said, “When I hear things like that, that is very concerning.”

Dempster noted the province declared its first-ever public health emergency in March, which led to a period of transition throughout the government.

As of June, 80 per cent of social workers had a laptop, according to the department. The remaining 20 per cent had access at their office, or were combining work from home with time at the office.

“Did every employee have what they needed at the beginning?” Dempster said. “I would hesitate to say yes to that, because no, they may not have.”

But Dempster said the department was meeting caseload targets of 20 per social worker. She also said it shouldn’t be difficult for social workers to meet with their supervisors because each has only six subordinates.

“You talked about a death of a child in care,” Dempster said.

“There has to be a level of accountability as well. We are hiring professionals to do very important work.”

The new minister in charge of the child protection system, Brian Warr, declined followup interview requests. Officials in the department said they had nothing to add to Dempster’s comments.

It’s been nearly five months since Wally took his life. Innu Nation Grand Chief Etienne Rich says the teen’s death highlights the need for an inquiry into Innu children in care, which was promised in 2017.

“To have a death in care while we are waiting for the inquiry, it’s awful, but it’s not surprising,” he said.

The grand chief says Wally’s family and the Innu Nation are without answers, and there has been no accountability.

“I don’t know what they’re hiding,” he said.

“I think they’re accountable for what’s been happening, because that young boy Wally Rich was in the care of [the] CSSD system.”

He says the child protection system in Labrador is broken.

“The province needs to hear the truth from our people from what the system has done to them.”

Rich wants the inquiry to start as soon as possible.

In a statement, Dempster, who is now the minister responsible for Indigenous affairs and reconciliation, said the inquiry will begin once a commissioner is found, which will be done in collaboration with the Innu, but gave no commitment to a time frame.

The grand chief says a local judge isn’t available, but they’ve agreed to allow a commissioner from out of the province to head the inquiry, and says names have been forwarded to the provincial government.

In last month’s provincial budget, $2.5 million was earmarked for inquiries, with $1 million budgeted for the inquiry into Innu children in care. Both inquiries are expected to start this year.

In the meantime, the grand chief wants to see better communication between the Innu Nation and provincial social workers.

“Our workers are only [contacted] when the children are apprehended, and are moved from one place to another. There is no contact with our social workers before children are removed,” he said.

“This means there is no active prevention work … We think that needs to change. People need to be working with each other before the children are taken away.”