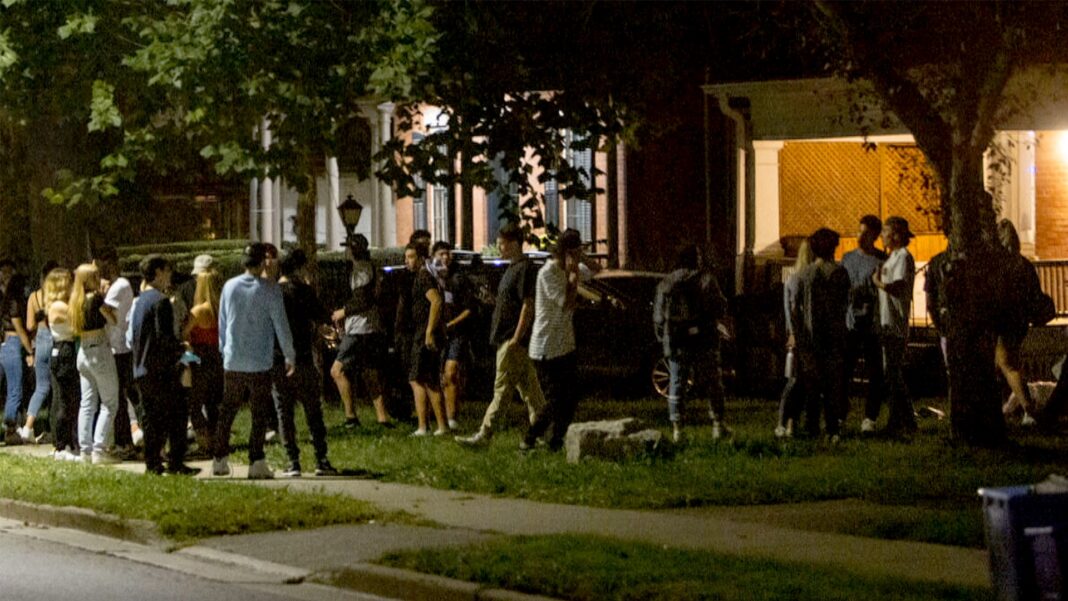 Young people are among the most prolific spreaders of COVID-19, and while health authorities and schools continue to issue heavy-handed warnings, some experts on public policy say there may be more effective ways to shift their behaviour.

David Sweanor, an adjunct law professor at the University of Ottawa who has worked on anti-tobacco health policies for more than three decades, points out “just say no” messages have a long history of just not working.

“A new issue comes along and almost immediately we get this reaction of, well, we just need to tell people what to do,” he said. “Authoritarian approaches don’t work very well. Empowering approaches do.”

That matches the dynamic in Ottawa: according to Ottawa Public Health, more than three times as many people in their 20s have tested positive than have people in their 80s, for example.

“Forty per cent of people aged 20 to 39 who became ill in recent weeks acquired COVID-19 while in close contact with someone outside their household,” said Ottawa’s medical officer of health, Vera Etches, in late September, singling out indoor social gatherings.

Young people will do risky things, and what we need to do is channel that risk.– David Sweanor, University of Ottawa

The alarming rise in new cases among young people has post-secondary and public health officials trying to dissuade them from getting together, even if that means staying in their dorms alone.

Kingston, Ont., has approved new fines for anyone hosting off-campus house parties, and Queen’s University has even threatened to expel students found breaking the rules.

The University of Ottawa suggests on its website that students should avoid non-essential gatherings and stay home or stay in residence. The U of O, along with Carleton University and Algonquin College, has moved to offer mainly online learning this fall, eliminating the bulk of in-person classes.

For Sweanor, those approaches remind him of the AIDS crisis, when health officials promoted abstinence as a viable option for young people — it wasn’t — or the prohibition of alcohol long before that. Even when certain behaviours pose serious risks, young people are adept at tuning out those messages so they can do what they — and their hormones — want.

“Scare campaigns only work if you give people clear, actionable steps for other things that they can do. Give them an alternative, give them somewhere to go,” he said.

WATCH | Universities cracking down on student behaviour during pandemic: 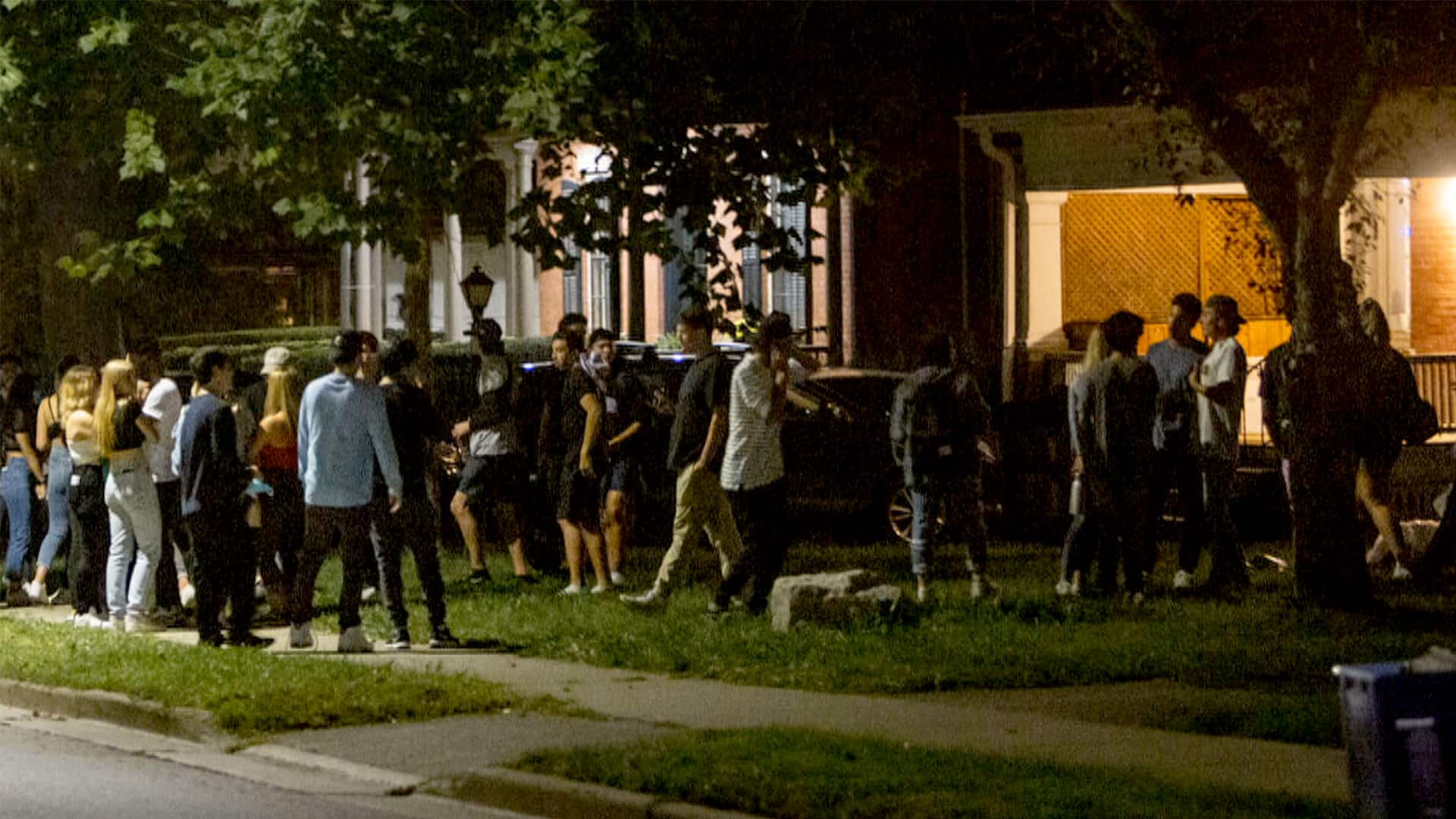 Western University has put 100 students on academic probation for breaking rules around physical distancing during the COVID-19 pandemic. Other universities are also cracking down in the name of safety as cases are linked to parties. [Note: This story also contains images gathered by Liam Alfonso/Western Gazette] 2:16

Leo Erlikhman, a research assistant at the school of policy studies at Queen’s University, is similarly calling for a more positive harm-reduction approach to tackling the spread of COVID-19 among young people. Last month, he wrote a commentary titled “Students Need Safe Places to Socialize, Not Partying Bans and Expulsions,” for The Conversation.

Erlikhman told CBC’s All In A Day that students are still engaging in heavy drinking at mass gatherings despite the pandemic.

“I think the messaging of, ‘If you party, we will fine you,’ is very easy for a lot of people to tune out,” he said.

Both Erlikhman and Sweanor are calling on governments and schools to offer real alternatives in order for young people to gather as safely as possible.

That could mean encouraging students to keep their gatherings small, taking names of guests, offering hand sanitizer and asking friends to download the COVID Alert app, said Erlikhman. He said it’s also incumbent on schools to provide some safe places for students to meet and collaborate, for their education, mental health and adult development.

“Facebook was started in a dorm room, and that really only happened because people who were from different backgrounds came together with unified interests and were able to meet in a common space and be able to innovate,” he said.

All in a Day9:13Kingston Public Health says at least five recent cases of COVID-19 are connected to a large indoor party

Kingston police broke up a party in the University District that had nearly 40 people in attendance. 9:13

For Sweanor, the coming winter poses a serious risk to the community unless better messaging is directed at young people. He wants to see governments start planning now for fun, safer alternatives for young people.

During his career, he saw anti-tobacco campaigns become effective only when they emphasized alternative products, such as gums or patches, rather than simply listing the health risks of smoking. Similarly, by just focusing on the risks of COVID-19, young people will ignore or even joke about those risks, he said.

“There are billions of years of evolutionary biology that leads us to conclude that young people will find ways to socialize. That’s just what they do,” he said. “Young people will do risky things, and what we need to do is channel that risk.”