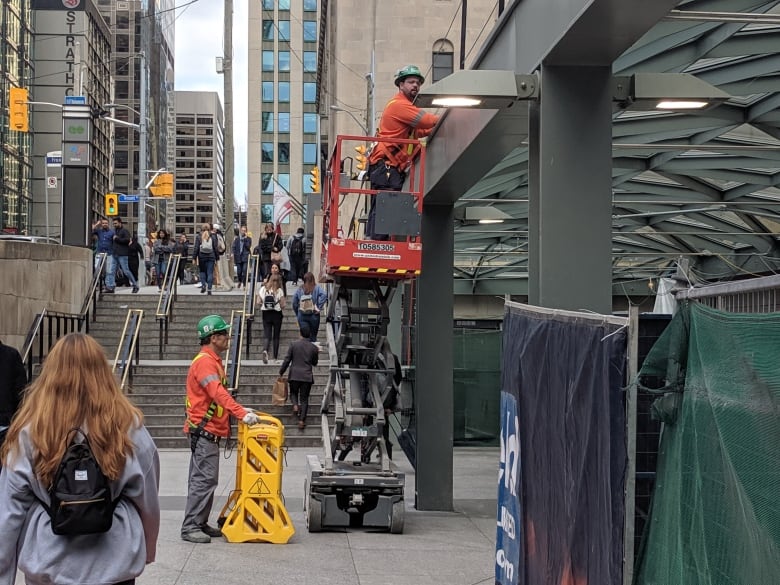 When Canada’s jobs numbers come out on Friday there will only be 10 days before Canadians vote in the federal election.

Those who are already a little sick of wall-to-wall election coverage may find that an encouraging milestone. But for politicians who have made the welfare of voters a key plank in their platforms, the fresh data may give them new fodder to boast or complain about the state of the Canadian economy.

Quite apart from the election, the latest statistics come at a time of conflicting signals about the direction of Canadian, U.S. and global growth.

Dire warnings from merely a few weeks ago that markets were about to crash and a feeling that the economy was heading into a recessionary tailspin have since dissipated, though a background wariness remains.

Last Wednesday’s market conniption was only the latest evidence of lingering worries that likely aren’t over yet.

Canadian gross domestic product numbers last week showed the economy was flat. That’s a big change from the previous reading when the Canadian economy was still revelling in the impact of the Toronto Raptors win, and GDP indicated economic growth of 3.7 per cent, a startlingly strong number in a low-growth world.

As I write about growth as a good thing, I feel a certain conflict after reporting recently on Greta Thunberg and the necessity of learning to live well in a low-growth world. Evidently, like many others, I have not yet internalized that mental shift.

For good or ill, the economic growth figures for July offered plenty of signs that people were shopping more and gobbling up more in services. The hit to the economy came specifically in oil and gas, and within that sector the principal blame fell on a sharp drop in production from the Newfoundland and Labrador offshore due to rig maintenance.

One confusing aspect of GDP figures — besides making us ponder whether they are a sign of a planet in trouble — is that they are always out of date. Like seeing light from a distant planet, the data we are observing represents events that have already happened, and things may have changed since.

A 50-year low in U.S. unemployment

Just as the numbers that came out in August told us about the economy Canadians were experiencing two months previous, last week’s growth numbers reflect conditions in early summer before the mid-August gloom had arrived. As mentioned in the past, a little gloom can make people rein in spending, effectively compounding the effects of a slowing economy.

Canada’s deep connections to the U.S. economy mean that chill winds there can blow north, and updated business investment figures released by the Commerce Department two weeks ago showed a sharper decline.

“The trade war is threatening the longest economic expansion on record, now in its 11th year,” reported the business wire service Reuters.

But since that report, the picture has turned brighter, especially after Friday’s trade data and U.S. unemployment figures that hit a stunning new low.

On Friday we learned that the Canadian trade gap narrowed and perhaps more important the U.S. economy is still cranking out jobs. The unemployment rate south of the border hit a 50-year low of 3.5 per cent last month as the economy created 136,000 new jobs.

The advantage of the jobs figures that came last Friday in the U.S. and those coming Friday in Canada is that they don’t feel quite so historical as many other measures. In that way they will offer the freshest indication of whether Canada is losing steam.

Unlike GDP, which is painstakingly collected from many sources and gradually assembled into increasingly accurate figures as more data is accumulated, the jobs number is based on a series of telephone surveys in the weeks before the numbers are released. That make Labour Force Survey results up-to-date, but less accurate.

Statisticians who watch those numbers often say the accuracy of the results in any month cannot be trusted. The chart above, which begins after the big weather-related plunge in job creation in February 2018, swings widely from month to month. The trend over several months would be a more truthful reflection.

The other thing about employment data is that it is cumulative. While a single month’s survey may indicate a fall in the number of jobs, over the past year periodic job losses — those points below the black line — have been dwarfed by gains in other months.

But that is seldom how any month’s numbers are perceived when they are released, especially during an election.

Inevitably a sharp rise in monthly job creation or a fall in the unemployed will be extrapolated to say the economy remains on an upswing. The opposite will be read as a warning of approaching gloom.