Alberta reported more COVID-19 cases in September than any month prior, data shows 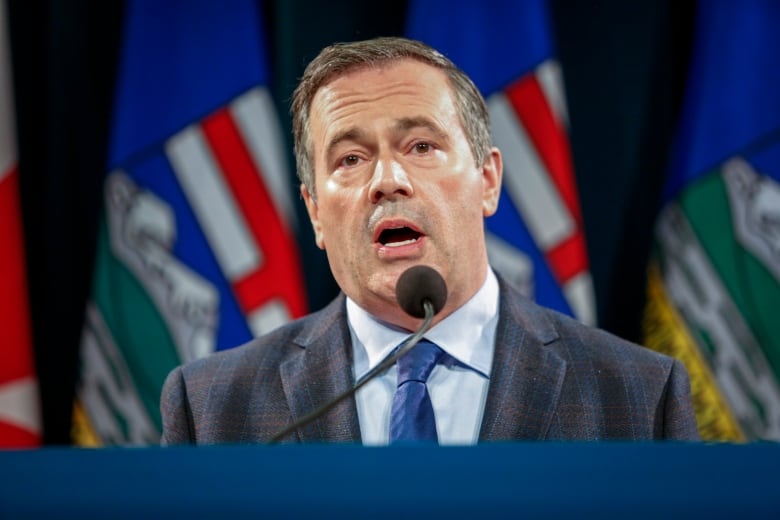 More Albertans tested positive for COVID-19 than in any month prior, and records for hospital and ICU admissions were set. Deaths in September also spiked, making it the deadliest month since January 2021.

“When we backed off restrictions, the virus was able to exploit that and really move quite quickly through the unvaccinated,” said Jenne, referring to the lifting of restrictions on indoor and outdoor gatherings, capacity limits and masks.

Alberta reported 45,665 COVID-19 cases last month, accounting for more than 15 per cent of all known cases in the province since the pandemic began.

The most deaths in a single month was 626 in December, which recorded a similar number of new cases to September.

Jenne said the efficacy of vaccines made the difference in the lower number of deaths.

“In areas without vaccine coverage, this delta variant is really causing havoc. And tragically, we’re losing lives at a rate that’s extremely disturbing over the last couple of weeks here in Alberta.”

Vaccine uptake plateaued last summer, but has spiked since Alberta’s proof of vaccination program was announced.

People were more cautious of the novel coronavirus a year ago, Jenne said.

That didn’t happen as quickly this time.

Most COVID-19 restrictions were lifted on July 1, when there were 1,055 active cases. “We finally have the upper hand on the virus,” said Premier Jason Kenney as he moved to reopen the economy

The province began transitioning to its endemic response, with plans to lift nearly all COVID-19 protocols on Aug. 16. Data shows that in the first two weeks of August more than 5,000 people contracted COVID-19.

Public health experts warned against the move, which Alberta had based on data out of the United Kingdom, as the delta variant spread. The specific data behind the province’s decision still hasn’t been released publicly.

The province also announced it would pay $100 to people for getting vaccinated.

On Sept. 15, as active cases reached 18,641, Kenney declared a public health emergency, introduced multiple public health measures, announced a proof of vaccination program and apologized for the government’s handling of the fourth wave.

Tyler Shandro resigned as health minister on Sept. 21, and Jason Copping took over. Copping did not respond to requests for an interview for this story.

Alberta is waiting for medical personnel from the military, Canadian Red Cross and Newfoundland and Labrador to arrive, with the hope they’ll help boost ICU capacity. Hospitals may opt to transfer patients out of the province.

The Alberta government has been adamantly opposed to introducing strict new measures, which some have described as a firebreak, despite the calls from many health professionals.

Independent projections by Dean Karlen, a physics professor at the University of Victoria and member of the B.C. COVID-19 Modelling Group, suggests cases in Alberta could crest around mid-October.

“If constant behaviour is maintained, then one would expect a turnover in the coming weeks,” he said, noting the full impact of restrictions isn’t shown in the data yet.

Hospitalizations and ICU admissions will remain high, or rise, for the next week or two, Jenne predicted. They should start dropping as daily cases decrease.

Jenne suggests the key is for more Albertans to get vaccinated. In the short term, he said, they should consider being more cautious than the public health measures require, because those measures “are the bare minimum.”