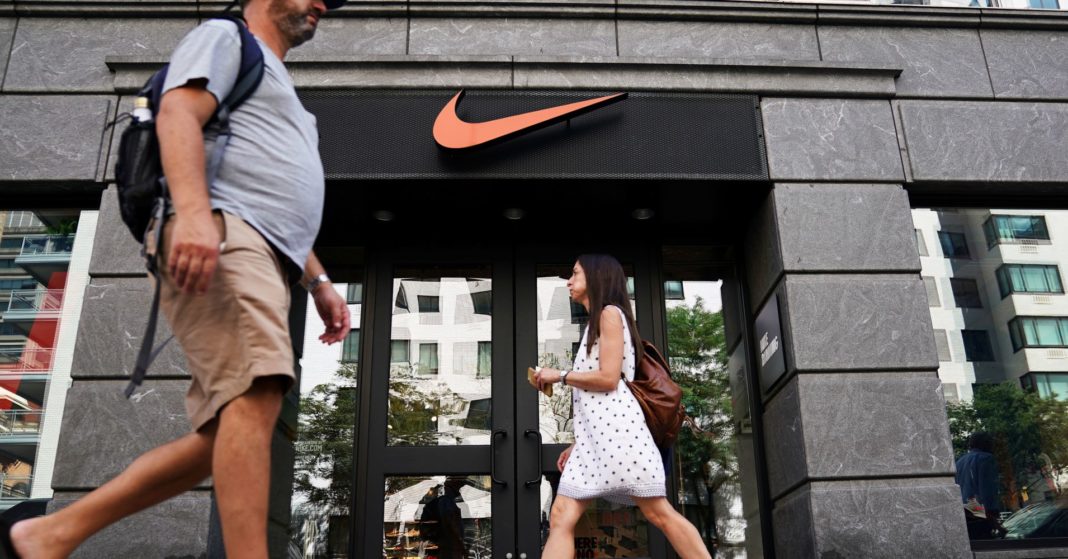 Nike stock fell as much as 4.5 percent in after-hours trading despite reporting first-quarter earnings numbers that beat on the top and bottom lines. The company posted earnings per share of 67 cents, higher than analysts’ estimates of 63 cents per share. Nike’s quarterly revenue came in at $9.95 billion, compared to the $9.94 billion analysts expected.

Nike’s revenue and earnings both posted double-digit growth during the quarter.

Cintas stock fell nearly 4 percent in after-hours trading in spite of its strong earnings report that surpassed expectations. The company reported first-quarter earnings per share of $1.93, higher than analysts’ estimates of $1.81 per share. Cintas’ revenue was $1.7 billion, compared to the $1.69 billion expected by analysts. The company also reported strong revenue and earnings guidance for the year.

KB Home shares rose as much as 4.5 percent in the extended session following the release of the company’s third-quarter earnings report. The homebuilder reported earnings per share of 87 cents, higher than the 77 cents per share estimated by analysts. The company missed expectations on revenue, however, reporting $1.23 billion, compared to the $1.26 billion estimated.