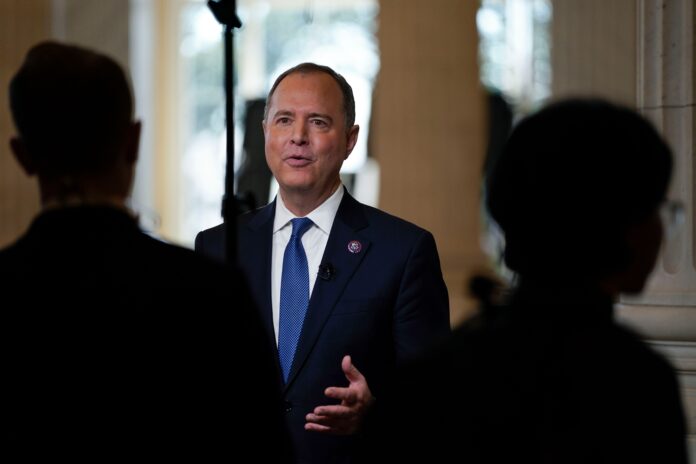 “I don’t think we can exclude the possibility without knowing more of the facts,” Schiff told ABC’s “This Week.” He added that Attorney General Merrick Garland’s appointment of a special counsel to lead the probe was appropriate.

The White House on Saturday revealed that more documents than it had previously disclosed were found in Biden’s Delaware home, a total of six. Biden’s lawyers in November found 10 classified documents in a Washington office Biden used as vice president.

Schiff said Congress should receive the intelligence community’s assessment of the documents in the same way that lawmakers have requested a review of classified government files found at former President Donald Trump’s Florida estate.

“The attorney general has to make sure that not only is justice evenly applied, but the appearances of justice are also satisfactory to the public. And here, I don’t think he had any choice but to appoint a special counsel,” Schiff told ABC’s, Jonathan Karl.

Schiff stressed that Biden’s reaction to the discoveries was very different than Trump’s. The White House said Biden is cooperating with the Justice Department and the National Archives, without trying to obstruct the probe.

“All of that is a very sharp contrast to Donald Trump’s handling of the situation,” Schiff said.

The FBI executed a search warrant at Trump’s estate in August after the former president failed to comply with requests to turn over files taken from the White House. A different Justice Department special counsel is conducting a criminal probe into Trump’s handling of the materials.

“I think Congress needs to be consistent here and take the same approach,” Schiff said. “I don’t think we ought to be doing things that are willfully intended to interfere with the Justice Department’s work.”