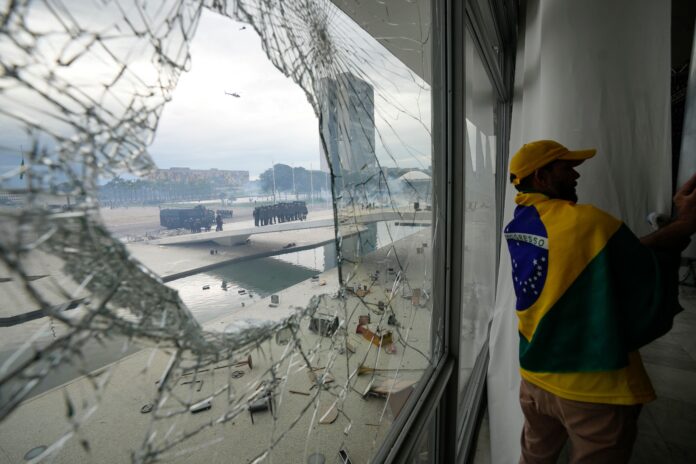 President Joe Biden and Brazilian President Luiz Inacio Lula da Silva on Monday talked on the phone after violent protests in Brazil’s capital that echoed the Jan. 6, 2021, insurrection at the U.S. Capitol.

“President Biden conveyed the unwavering support of the United States for Brazil’s democracy and for the free will of the Brazilian people as expressed in Brazil’s recent presidential election, which President Lula won,” the White House said in a statement.

Bolsonaro, who has been staying in Florida since December, is hospitalized in Orlando after suffering abdominal pain, which his wife said is related to a stabbing injury he sustained during a 2018 campaign event.

Brazilian police have arrested about 1,500 people in connection with Sunday’s pro-Bolsonaro attacks on the country’s Supreme Court, Capitol building and presidential palace.

Brazilians took to the streets Monday in Rio de Janeiro and Sao Paulo to demand that the rioters face consequences.

Lula has blamed members of Brazil’s police force and intelligence officials for aiding the violence, accusing them of neglecting “their duty” and saying officers were chatting with rioters, according to The Washington Post.