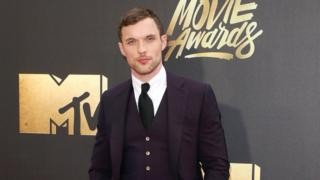 British actor Ed Skrein has pulled out of a role in the upcoming Hellboy reboot after a backlash because he was cast as a character of Asian heritage.

The Deadpool star, 34, said he did not know the race of Major Ben Daimio when he accepted the part in the comic book adaptation.

He said he was stepping down “so the role can be cast appropriately”.

Skrein noted in a statement posted to his 34,000 Twitter followers that there had been “intense conversation and understandable upset” since he was cast in the film as the Japanese-American character.

“It is clear that representing this character in a culturally accurate way holds significance for people, and that to neglect this responsibility would continue a worrying tendency to obscure ethnic minority stories and voices in the arts,” he said.

The move won immediate praise from many on social media, including from people who were not previously fans.

“Thank you for doing this. You just gained a follower and I’ll definitely check out the next thing you work on,” one person said.

There have been several recent controversies over actors being cast as characters of different races in film adaptations.

But Skrein’s decision marks the first time a white actor has left a high-profile film project after receiving criticism, according to The Hollywood Reporter.

The film’s producers – Larry Gordon, Lloyd Levin, Millennium and Lionsgate – said in a statement that they supported his decision.

“Ed came to us and felt very strongly about this. We fully support his unselfish decision,” the statement, as quoted by The Hollywood Reporter, said.

“It was not our intent to be insensitive to issues of authenticity and ethnicity, and we will look to recast the part with an actor more consistent with the character in the source material.”

Hellboy is due to be released next year.