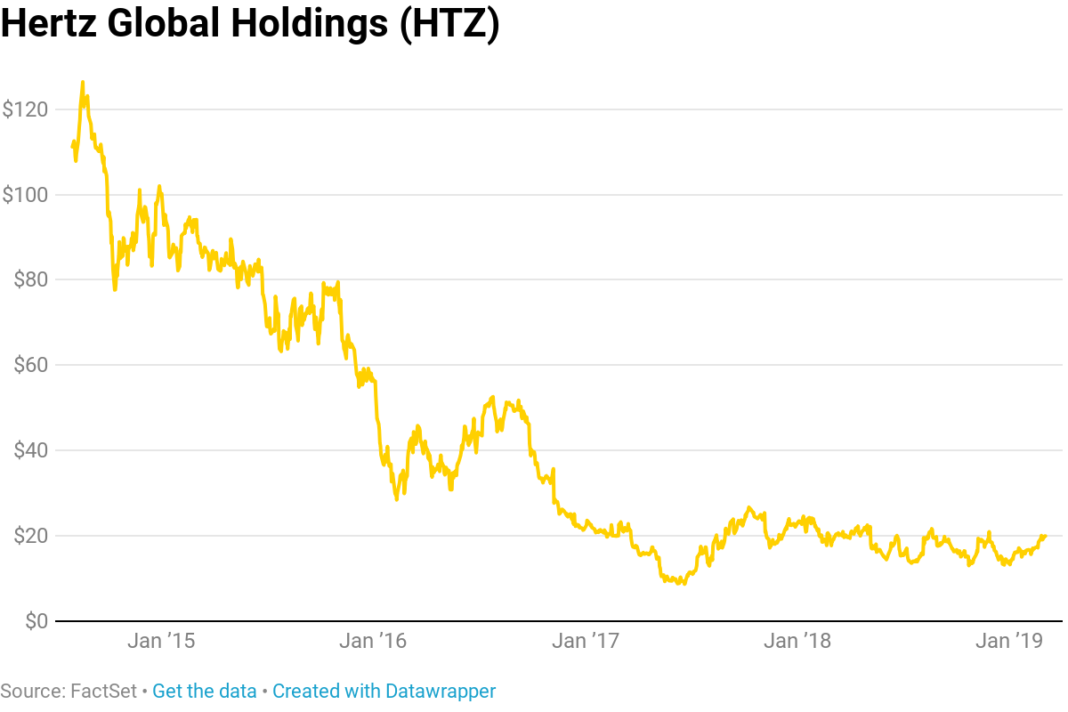 Longtime activist investor Carl Icahn disclosed in a regulatory filing late Monday that he has trimmed his stake in Hertz Global Holdings, a position he’s held since August 2014.

Shares of the Estero, Florida-based Hertz fell more than 6 percent in premarket trading Tuesday following news of the revised stake. The stock is up more than 46 percent this year alone, rebounding off a 38 percent loss in 2018.

Hertz is just one of many investments for Icahn, whom over the years has made a fortune by buying into companies and advocating for change in management, operations or both. His original investment in 2014 came amid a string of accounting errors at Hertz that required the company to restate its financial results for a number of years.

Overall, the investment has proved a rare miss for Icahn.

The billionaire investor stepped in at the time to help reshape the management team and has long been Hertz’s largest shareholder. Icahn has overseen the introduction of two Hertz chief executive officers since his initial investment and has successfully won board seats at the company while building his position.

Hertz said in 2016 that then-CEO John Tague would retire a little more than two years after he landed the role with support from Icahn and be replaced by current chief Kathryn Marinello. The new CEO lauded the company’s fourth-quarter earnings results last week, when Hertz reported a narrow-than-expected loss per share and better-than-anticipates sales.

“We finished 2018 strong, delivering improvements in rental price, volume, utilization and fleet costs for the full year as a result of targeted strategies, disciplined execution and well-placed investments,” Marinello said in last week’s press release. “We have tremendous momentum as we move into 2019 and will focus on continued revenue growth as well as productivity to drive margin expansion.”