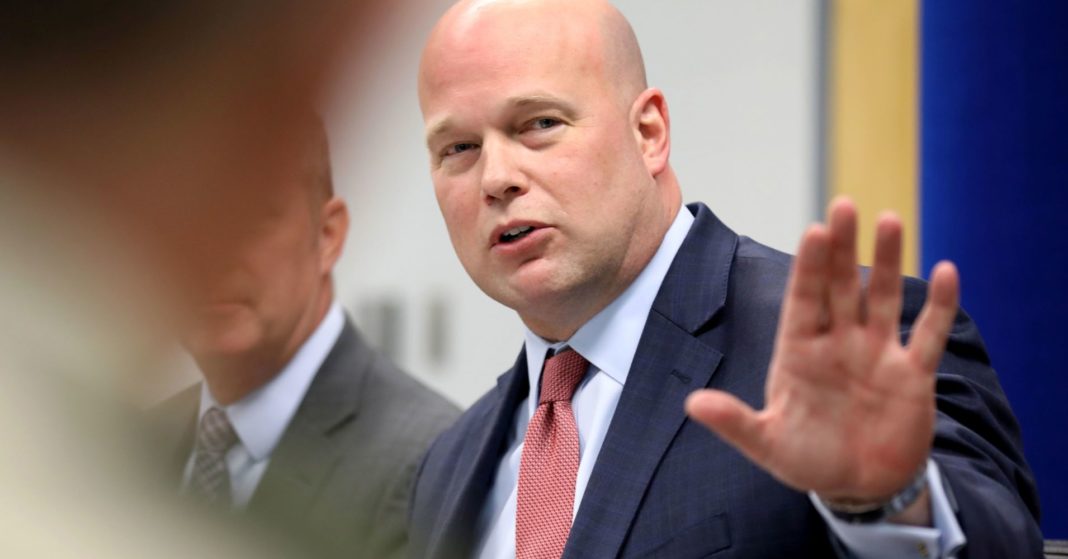 Before becoming Jeff Sessions’ chief of staff, acting Attorney General Matthew Whitaker received more than $1.2 million in salary from a conservative nonprofit that does not reveal its donors, according to financial disclosure forms.

That compensation from the Foundation for Accountability and Civic Trust dates to 2014, according to financial disclosures reviewed by The Washington Post, which first reported the tally he got as the trust’s executive director.

Whitaker disclosed his salary in a form filed with the government ethics office. He reported receiving a much smaller amount of income, $103,000, from his law practice and consulting work.

The report was revised five times between Nov. 7, the date of his appointment as acting attorney general, and Tuesday.

The Foundation for Accountability and Civic Trust, or FACT, is a self-described watchdog nonprofit organization. The Post said its review of state and federal records revealed that the organization was part of a network that distributes conservative messages.

In a statement to the Post, FACT said it “does not and is not required to release its donor information.”

A spokesman for the group told the Post that not disclosing its funding sources “protects free speech rights of all of these groups’ supporters as outlined in the First Amendment.”

Trump soured on Sessions last year, after the attorney general recused himself from overseeing investigations related to Russian interference in the 2016 presidential election.

Sessions’ recusal paved the way for the appointment of former FBI Director Robert Mueller as special counsel. Mueller is now probing not only Russian interference, but also possible coordination by the Trump campaign with Russians in that effort, and possible obstruction of justice by the president himself.

Trump has denied any wrongdoing by his campaign or himself.

Whitaker, as acting attorney general, has oversight over Mueller’s office. Whitaker was a public critic of Mueller’s investigation before he was named Sessions’ chief of staff.