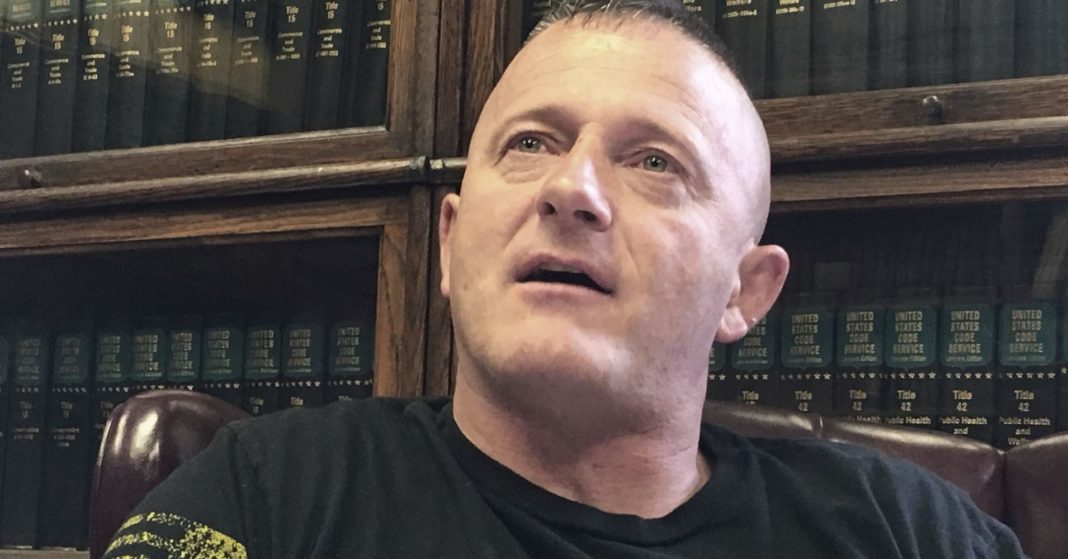 The midterm elections have nearly drawn to a close — and, without skipping a beat, the 2020 presidential field is starting to burst open.

The latest politician to join the list of President Donald Trump’s potential challengers is Richard Ojeda, who lost the race to represent West Virginia’s 3rd Congressional District on Tuesday night. He also voted for Trump in 2016, but he eventually withdrew his support for the president.

“We have far too many pigs eating at the trough,” Ojeda, a 48-year-old retired Army major and state senator, said Monday in a Facebook Live feed while standing at the Korean War Memorial in Washington, D.C.

But Ojeda, who helped lead teachers strikes in West Virginia earlier this year, is not the first to formally announce a 2020 presidential campaign, and he certainly won’t be the last as the slate will grow dramatically over the next few months. Ojeda and others who declared early candidacies will have a lot of trouble breaking out of what’s expected to be a large field consisting of several big-name Democrats, potentially including Sen. Elizabeth Warren and former Vice President Joe Biden.

At least two other people have officially declared their presidential ambitions well in advance of even the November midterms. Maryland Democratic Rep. John Delaney announced in July 2017 that he would run for president rather than seek re-election to his seat in Congress. Entrepreneur Andrew Yang, 43, began mounting his presidential campaign months before the midterms, and appeared to file a statement of candidacy with the Federal Elections Commission on Election Day itself.

Both Delaney and Yang are running as harbingers of a technological reckoning that, without quick action, will pose daunting problems for the economy and society.

Delaney highlighted infrastructure and tax reform amid a laundry list of other issues in a Washington Post op-ed explaining his decision to run. Yang has called for enacting a universal basic income that would simply have the government send a $1,000 check to most Americans every month.

Rep. Eric Swalwell, D-Calif., has also said he was considering a run for president.

A slew of more high-profile politicians have yet to formally announce their campaigns — though many have dropped hints.

Connie Schultz, writer and wife of Ohio Sen. Sherrod Brown, said in a tweet Monday that “we’re thinking about” a run for president.

Not all of the would-be challengers are Democrats, nor are they all currently politicians. Billionaire and Trump-impeachment advocate Tom Steyer has said he is not ruling out a 2020 run, and ex-Starbucks CEO Howard Schultz is building a public-relations team as he mulls a run of his own. In October, billionaire and former New York Mayor Michael Bloomberg re-registered as a Democrat amid speculation that he will run.

But Ojeda has actually taken the next step. He filed paperwork with the FEC on Sunday night.

Ojeda, who supported Trump in 2016 against Democrat Hillary Clinton but has since said he regrets the choice, ran as a hyper-aggressive populist Democrat in one of the most Trump-friendly districts in the country.

Trump won 68 percent of the vote in West Virginia in the 2016 presidential election. In the state, Trump received the most support from the 3rd District, where he trounced Clinton by a spread of 50 percentage points, 73-23.

Ojeda fought tooth-and-nail against Republican Carol Miller for the seat vacated by incumbent Evan Jenkins, who won a seat on the state’s Supreme Court of Appeals. Polls of the race curated by RealClearPolitics showed Miller holding a single-digit lead over Ojeda on the eve of Election Day, although he ended up losing by a margin of approximately 56-44, according to NBC News data.

“To come as close as he did in that district in the state at this time was really something,” said John Kilwein, the chair of political science department at West Virginia University.

Ojeda has drawn comparisons to other Democrats who ran competitive races in deep-red regions, such as Pennsylvania Rep. Conor Lamb and Beto O’Rourke, who lost in a close contest to Sen. Ted Cruz, R-Texas. Kilwein said Ojeda is like a “more bare-knuckles, kind of paratrooper version” of Lamb, who won a special election in his rust-belt district in part by distancing himself from House Minority Leader Nancy Pelosi, D-Calif.

“If I don’t feel what they are doing is going to benefit the people, they need not darken my doorstep,” Ojeda said in an intense early campaign video, which spliced together footage of the tattooed former paratrooper lifting weights with images of his own bloodied face after he was viciously assaulted during his 2016 state Senate campaign.

Ojeda’s aggressive style and no-punches-pulled approach to Trump may not endear him with the president’s staunchest supporters. In his concession speech, Ojeda (pronounced oh-JED-uh) tore into Trump for mispronouncing his surname and promised to continue to fight.

Despite his feisty style, Ojeda doesn’t appear set to make much of an impact on the 2020 race. And his announcement left the political world surprised and confused.

West Virginia University’s Kilwein, for instance, said that he was “taken aback” by Ojeda’s decision to run for president after losing the House race.