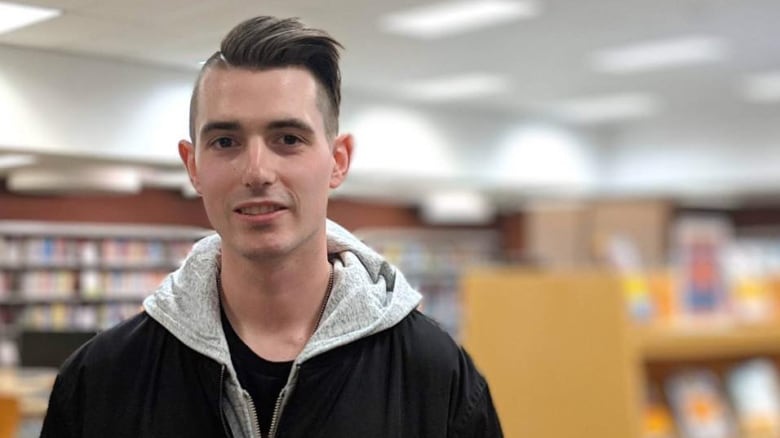 Eight years ago, Matthew Bonn watched his friend turn blue and become deathly quiet as fentanyl flooded his body. Bonn jumped in, performing rescue breathing until paramedics arrived. That was the first time Bonn fought to keep someone alive during an overdose.

But it wouldn’t be his last. Over the years, he tried more dangerous ways to snap people out of an overdose.

“I remember doing crazy things like throwing people in bathtubs, or, you know, giving them cocaine. As we know now, that doesn’t help,” said Bonn, a harm-reduction advocate in Halifax. “But … in those panic modes, you try to do whatever you can to keep that person alive.”

This was before naloxone — a drug that can reverse an opioid overdose — became widely available to the public. In 2017, the Nova Scotia government made kits with the drug available for free at pharmacies.

Whether used by community members or emergency crews, naloxone has helped save hundreds of lives in the province.

Almost every other day in Nova Scotia, paramedics and medical first responders in the province use the drug to reverse an opioid overdose, according to Emergency Health Services (EHS).

No requirement to report overdose

Since 2018, an average of 151 people a year have been saved by emergency crews and naloxone, according to EHS. The Department of Health and Wellness says since 2016, 148 people have come forward to report opioid overdose reversals.

Both the department and EHS believe that’s just a tiny fraction of the true number of people whose lives have been saved by naloxone. There is no requirement for someone saved from an overdose to report it.

“We can say the number of times we’ve given naloxone to patients, again, once every second day pretty well, but I bet there are a lot more opioid-related calls out there [where] people aren’t accessing 911,” said Dr. Andrew Travers, the provincial medical director for EHS.

He wants to fix that, saying people should call 911 for help if they witness an overdose so the victim has the best chance for survival. Even if someone has a naloxone kit on them, they should still call.

And if a person has a kit and doesn’t know how to use it, the EHS communication centre will walk them through the process.

“My worry is there’s still a stigma attached to opioid overdoses. Is everyone calling 911 if they see an overdose happening? I don’t know if that’s the case,” said Travers. “There’s perhaps the fear of the system responding to the call.”

Travers said people using drugs should not be afraid to call EHS for help.

“If you call 911, everyone from that point is going to be an advocate for that patient and the caller. It’s not meant to be a barrier,” he said.

Just because someone calls 911 doesn’t mean a person will automatically be transported to hospital, either. He said there are other ways EHS can help, including restocking someone’s naloxone kit or educating patients about safe opioid use.

Travers said there are a wide range of people who have suffered opioid overdoses.

“It’s not always a young person who’s taken opioids as a recreational drug as an experiment, it’s not a middle-aged person who has an opioid dependency. A lot of the times, it can be seniors that have mixed up their medications,” he said.

People’s preconceptions about who is having opioid overdoses is off base, according to Dave Deines, president of the Paramedic Association of Canada and a paramedic in British Columbia.

Deines said while many opioid deaths in B.C. come from people in underprivileged areas, “the vast majority are males between 17 and 40 in a single-dwelling home by themselves.”

In August alone, 147 people overdosed and died in B.C.

Deines said responding to opioid overdoses has been extremely hard on paramedics.

“You can go and revive a patient who is experiencing an opioid overdose and within the same 12-hour shift go back and do it again. It puts a psychological demand on paramedics, but it also puts an operational demand on the paramedic service as well,” said Deines.

In Nova Scotia, one woman overdosed multiple times in one week, according to Giulia Di Giorgio, chair of the Cape Breton Association of People Empowering Drug Users.

“One of our clients was overdosing regularly — like, I would say five times in one week from the same supply of fentanyl that was here on the street. If her housemates didn’t have that naloxone on hand, she wouldn’t be here with us today,” said Di Giorgio.

Even Bonn, a program co-ordinator with the Canadian Association of People Who Use Drugs, owes his life to naloxone several times over. He uses drugs recreationally and has overdosed on opioids about seven times.

“In terms of naloxone, it was a game-changer when it came out for paramedics. Every day in the country it’s used multiple times from coast to coast to coast, and it makes a definite impact in survivability for patients,” said Deines.

Trying to determine exactly how many people across the country are alive today because of naloxone is hard to pin down. Deines said his conservative estimate would put that number in the thousands.

Despite that success, Bonn sees naloxone as a temporary solution to a much larger problem — illicit drugs tainted with harmful chemicals that push people to overdose.

“Everybody needs a safe place to use and they need a safe drug to use,” said Bonn. “That would get rid of a lot of the need for kind of Band-Aid solutions in terms of naloxone and stuff like that.”

Deines agrees more needs to be done to help people who use drugs. He said more harm-reduction programs and increasing treatment options would be a good start.

“The bigger discussion in society is accepting that addiction is a very complex issue. In the medical community, we treat it as a medical condition,” said Deines.

“If this was a bunch of people dying in the street of sudden cardiac arrest, we would be doing everything in our power to try and intervene with that.”