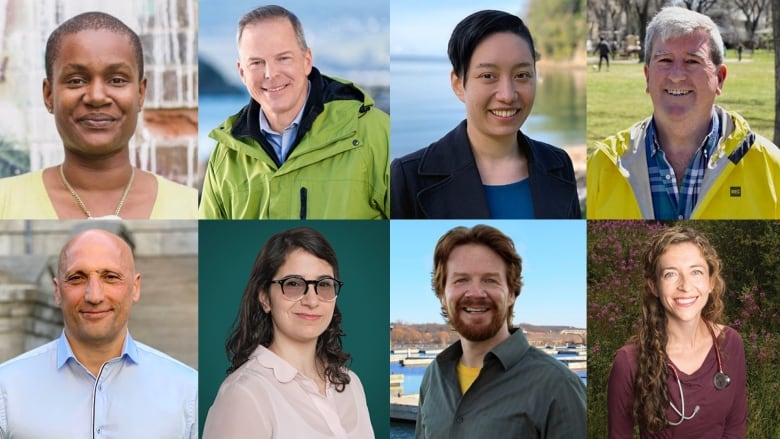 Green Party members have picked Toronto lawyer Annamie Paul as their next leader, bringing to a close the year-long race to replace Elizabeth May.

Paul, who is Black and Jewish, was the perceived frontrunner heading into the final vote because she had raised the most money — $206,000 — and racked up a number of endorsements from former Green Party candidates.

Paul, who is the first Black permanent leader of a major federal political party in Canada, assumes the leadership of a party that has been closely tied to May for the better part of the last 14 years.

Before handing the job to Paul, May delivered an impassioned plea to Canadians to do more to address the climate “crisis,” saying the ongoing fight against COVID-19 can’t distract from pressing environmental concerns.

Paul, who was born in Canada to Caribbean immigrants, claimed victory with 12,090 votes against her closest competitor, Dimitri Lascaris, another lawyer and a self-described radical and “eco-socialist,” who had 10,081 votes after eight rounds of voting.

Paul, one of the more moderate candidates who contested this leadership election, ran on a robust environmental agenda that she says will help Canada fight climate change, which she has called “an existential threat to human life.”

“You have matched a leader to the challenges of this time. We need to match the party to the needs of this moment. That party is the Green Party of Canada. We are the party for this moment,” she said in her victory speech.

“The other parties are simply out of ideas. They are intellectually exhausted. This is a moment that demands daring, courageous leadership and this is something that we simply didn’t see in the last speech from the throne,” she said. “I only heard empty words.”

Paul ran under the Green banner in the last federal election but placed a distant fourth to former Liberal finance minister Bill Morneau.

While she didn’t win, Paul did manage to grow the Green vote in the solidly Liberal seat.

Paul has already been nominated to run in the Oct. 26 byelection in that riding after Morneau’s abrupt resignation. Another Black woman, former television personality Marci Ien, is running for the Liberals.

“I’ve had enough of candidates being parachuted into that riding and taking the next train out of town until the next election,” she said.

Beyond strengthening the existing federal carbon tax, Paul has called for a carbon border adjustment, a tax on imported goods based on how many emissions were associated with producing those goods in countries abroad.

She has also promised a national ban on fracking — a controversial practice used to unearth oil and gas — and said the country should curb mining, a practice she has called wasteful. She has promised to go further and faster in the push to reduce emissions.

In addition to climate policy, Paul has said she wants to tackle systemic racism in the Royal Canadian Mounted Police (RCMP), establish a “citizen’s assembly” to begin the process of introducing proportional representation in Canada’s voting system, implement a guaranteed livable income and a universal pharmacare program, among other progressive policies.

“There is no question that we are facing the two defining challenges of our time: how will we build a complete social safety net that allows every person in Canada to live in dignity and security and how we will tackle the existential crisis of our time, which is the climate emergency,” Paul said.

“This is a chance of a lifetime for us to move towards a more just, a more inclusive society. We believe it can be done,” she said. “The choice is yours, if we want different outcomes then we need to make different choices.”

Lascaris ran on a platform to push the party to the far left with a plan to defund the police — and “create a society in which the police are unnecessary and can be abolished” — dramatically decrease military spending and implement a wealth “cap” to do away with billionaires in Canada.

Paul also beat six other candidates who were vying for the job — David Merner, Amita Kuttner, Glen Murray, Meryam Haddad, Andrew West and Dr. Courtney Howard — easily the most racially and ideologically diverse group of candidates to compete in a federal leadership race. Howard, a physician from the Northwest Territories, placed third with 5,824 votes.

Because of COVID-19 restrictions, the party held the vote online and the 36,000 Green Party members had a week to cast their ballot for one of the eight contenders.

Paul, a graduate of Princeton University and the University of Ottawa, was the subject of racist and anti-semitic attacks during this campaign.

At a virtual town hall, commenters used the word ‘N’ several times and referred to her and another candidate as a ‘f-ing Jew’ in a live chat.

Paul is the first Black permanent leader of a major federal party and only the second Jewish person to hold such a job; former NDP leader David Lewis was the first. Paul has said there needs to better representation of Black, Indigenous and people of colour in Canadian politics.

Paul said her victory was possible because trailblazers like Lewis and Rosemary Brown, the first woman to run for leadership of a federal political party.

Brown, a Jamaica-born Black woman, broke colour barriers when she ran a close second to Ed Broadbent in the 1975 NDP federal leadership campaign.

Paul is fluently bilingual in English and French and she made a direct appeal to Quebecers to back the Green Party.

“We are a national party and we need to win seats right across the country — particularly in Quebec,” she said.

Before jumping into federal politics, Paul worked as an advisor at the International Criminal Court in The Hague and as a political officer in Canada’s Mission to the European Union in Brussels.

She has also advised a number of international non-governmental organizations, including the Climate Infrastructure Partnership and Higher Education Alliance for Refugees. Before running for the top job, Paul was the party’s international affairs critic.

The leadership race was prompted by May’s decision to step down as party leader last November.

Since assuming the leadership in August 2006, she has taken the party from the political fringe to the mainstream.

After years of being shut out because of poor polling numbers, May lobbied the broadcast consortium behind the leaders’ debates to give the Greens a podium and the chance to pitch a left-wing environmental agenda to voters.

May’s inclusion in these well-watched debates helped the party post its best electoral result ever in the 2008 federal election — capturing 6.8 per cent of ballots cast.

But it was her 2011 victory in the B.C. riding of Saanich—Gulf Islands that truly bolstered the party’s fortunes, as it gave May a seat in Parliament and a larger platform to advance the Green cause.

Since then, the Greens have won provincial seats in B.C., Ontario and New Brunswick and have formed the official opposition in P.E.I.

May is among Parliament’s most ardent critics of oil and gas pipelines and the country’s natural resources sector. She has also pushed for universal pharmacare, a guaranteed basic income and more decorum in the Commons.

Until her resignation, she was the longest-serving active leader of a party with seats in either the Commons or a provincial legislature.

In announcing her departure, May said she promised her daughter that the 2019 race would be her last, but she has said she will stay on as an MP and the party’s parliamentary leader.

Under May’s leadership in that 2019 campaign, the Greens produced a relatively strong showing of 6.55 per cent of the popular vote but failed to win more than a few seats.

Much of the party’s support was concentrated on Vancouver Island and other parts of British Columbia.

At the outset of the last two elections, May has predicted that at least a dozen seats would go to the Green Party, but those results never materialized.

May was also dogged by questions about whether she would allow Green MPs to introduce anti-abortion legislation — she said she wouldn’t whip her caucus or forbid MPs from advancing these sort of bills — and faced criticism after the party ran candidates with known anti-abortion views.