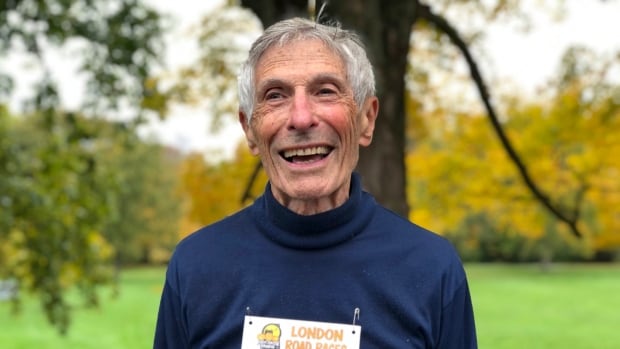 Canio Polosa flew over the finish line at Springbank Park in London, Ont., as part of the Halloween Haunting race.

His previous Canadian Masters Athletics record for his age group was five kilometres in 37 minutes and 41 seconds.

“Until the next time,” Polosa said to CBC London’s Rebecca Zandbergen after the race.

At 80, he took a break from running to rest his knees. That break proved to be temporary when he laced up his running shoes once more in his 90s.

Polosa said he runs with the help of knee braces his wife purchased for him.

He was in good spirits after Sunday’s race, and he even joked about improving his technique for races 10 to twenty years down the line.