Why you should (only) talk to women about climate change 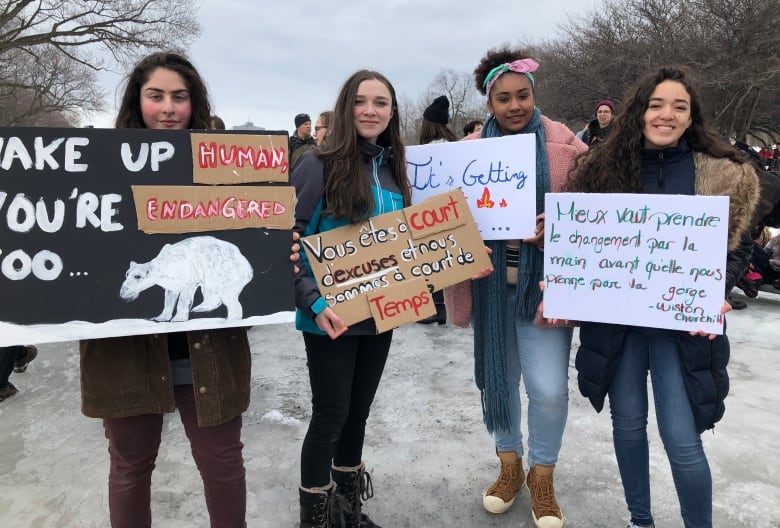 This column is an opinion from Sarah Lazarovic, the vice president of marketing at Clean Prosperity, a climate policy organization. For more information about CBC’s Opinion section, please see the FAQ.

In marketing you spend your money where you’ll get the most lift for the least dollars. You want to talk to the persuadables, the people most likely to care about your cause or product.

As a climate communicator, watching the data roll in across studies and marketing research, I scan for patterns, and look for my most accessible audiences. And I’m not alone in seeing an emerging and increasingly undeniable fact — the people we need to talk to most about the climate crisis are women.

Veteran marketer John Marshall of Potential Energy Coalition, a climate creative strategy nonprofit, puts it most bluntly: “Get more for your money. If we focus on women, we can persuade twice as many people for the same resources.”

Most ‘dolphins’ are women

It’s understandable — despite living underwater, clams take up a lot of oxygen, especially in the comment sections of every article ever written on climate change. But we need more emphasis on dolphins, and we need to acknowledge one important thing: most of the dolphins are women.

Here’s what we know: When it comes to climate concern, Canada has the largest gender gap in the world, at 12 per cent, according to a poll by the United Nations Development Programme from January 2021. In marketing, if you knew that one segment of the population was 12 per cent more interested in your product, you would devote almost all of your ad dollars to said audience. To do otherwise would be pretty daft.

Given that our Clean Prosperity polling consistently shows that when the policy is explained, most Canadians support it, why would we not devote the bulk of our attention to the people most likely to be open to our message? It’s much easier to share valuable information with open-minded persuadables than calcified opposers.

Women care more about climate for a number of reasons, but chief among them is the fact that they experience the ill-effects of climate at much higher rates than men — from the rise in domestic violence after extreme weather events to the overwhelming statistic that 80 per cent of the people displaced by climate change are women. It’s perhaps for this reason that women vote more progressively in Canada, for parties that put greater emphasis on both climate and the social safety net.

Being concerned and motivated isn’t enough, though. We also need people who have the ability to act on climate. And in many respects, women have this power. Women are much likelier than men to control household spending, which is where the big climate decisions are made. Who should you talk to about getting that new heat pump or energy-efficient appliance? The person who is worried about climate, and also happens to manage the household budget. And we know women really do make good on turning their climate knowledge into concrete action — a recent barometer report by Women’s Forum shows women are much more likely to change their behaviour to reduce emissions.

Women have yet another superpower: their ability to get through to the men in their lives when it comes to climate.

In a 2019 study published in Nature and Climate Change, teenage girls proved most effective at influencing their dads. Much better to have thoughtful at-home campaigners explain the latest IPCC report to dad than to spend copious marketing dollars provoking his ire, and inspiring contortionist feats of motivated reasoning.

For all these reasons, climate communicators are increasingly talking to women. Science Moms, a U.S.-based campaign that seeks to share good science with moms (go figure) has been a bona fide success. Here in Canada, Talk Climate to Me is a new program offering free, online climate education experiences tailored to women.

Potential Energy Coalition’s John Marshall took some jovial heat in the New Yorker for basically saying men are useless when it comes to climate communications. It’s not that men are useless, but that women are useful, because they are already more likely to care and want to take action.

Climate communicators, let’s talk to them.