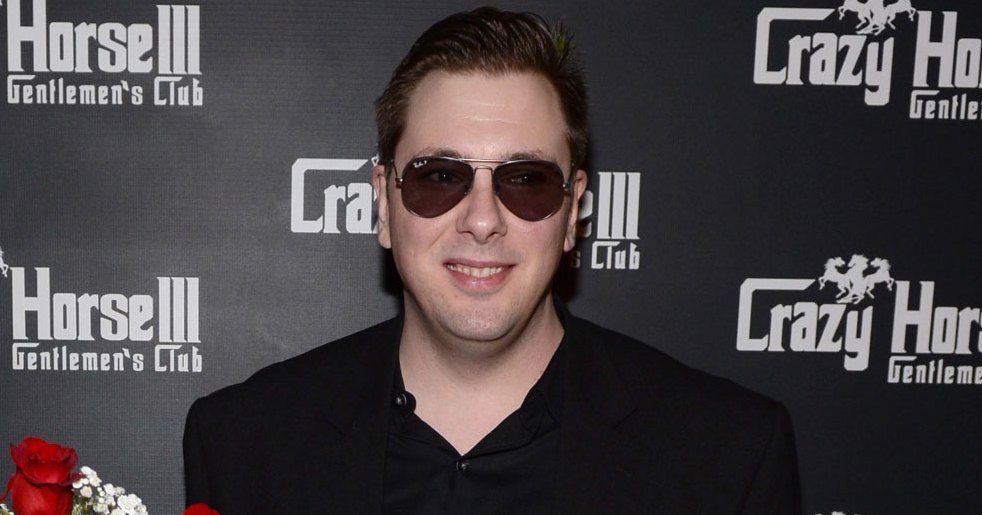 90 Day Fiancé star Colt Johnson got a lap dance and partied with strippers as he celebrated his divorce from Larissa Dos Santos Lima at a party at Crazy Horse 3 in Las Vegas on Friday, March 1.

The reality TV star, 33, was dressed in black as he hosted the event at the strip club and posed on the red carpet with a trio of scantily clad women including adult film star Juelz Venture.

“This is my first time ever visiting a gentleman’s club,” Johnson noted.

He carried a bouquet for roses for Samantha Harris, who’d won a competition to win a date with him that night.

Once inside, Johnson did a round of Adios Motherf—ker shots, which are a mix of gin, light rum, tequila, vodka and blue curacao. He also got a lap dance and fired a money gun spraying dollar bills over a group of strippers.

The TLC star — who filed for divorce from Dos Santos Lima in January on the same day she was arrested for domestic violence — was asked what advice he had for anyone going through a divorce. His answer: “Get a good lawyer!”

Johnson posed for pics with fans during the event and after a big night of partying was carried out to a car by the club’s VIP host.

Dos Santos Lima, 32, who has already moved on from Johnson with a new man, is set to host her own divorce party at Crazy Horse 3 on Saturday, March 2.

There is no love lost between the warring exes, who wed in June last year after a whirlwind romance. The Brazil native responded to Johnson’s divorce filing earlier this month by requesting $1,000 a month in spousal support. Meanwhile, the software engineer told Us Weekly this week that he is “attempting to cancel her adjustment of status” to “cancel her green card.”

Scroll down to see the pics from Johnson’s divorce party.