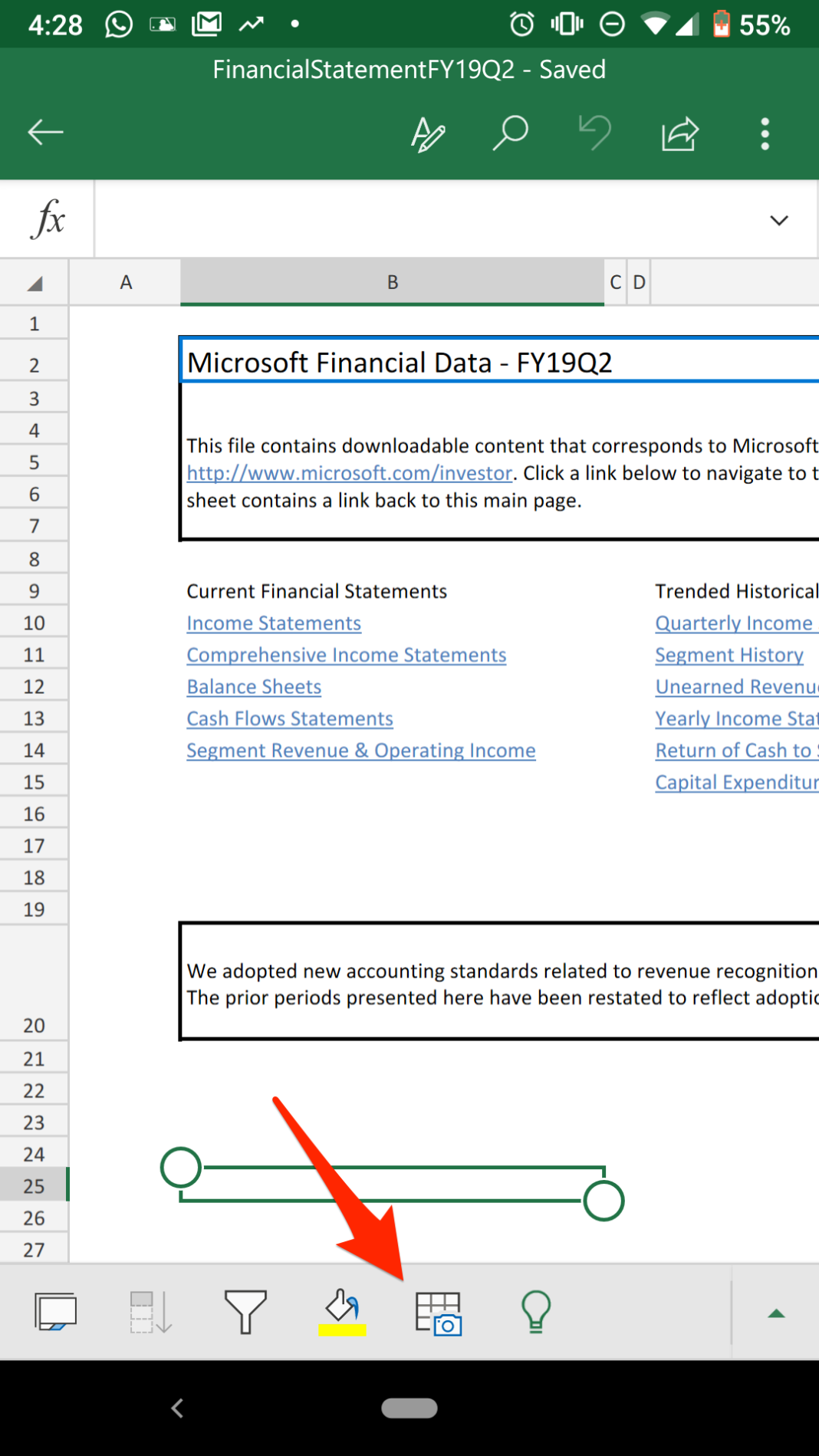 Microsoft on Friday launched a new tool inside the Excel app for Android — it’s coming to iPhones soon — that lets you take a picture of a spreadsheet and import it right into Excel. When it works, it means you don’t need to manually re-enter data into Excel, which is huge if you have a lot of printed data and can’t copy and paste the spreadsheet you’re looking at.

We tested it out and found it could be hit or miss. When we took pictures of really big spreadsheets, the kind that you’d probably most likely want to use this tool for, instead of having to re-enter all of that data, it didn’t work. There were sometimes hundreds of errors that had to be cleaned up.

But, when we took a picture of a smaller spreadsheet, like one with a few columns for a grocery list, it worked just fine. Our guess is this will improve over time, but it’s worth trying since it’s a free add-on feature for Excel anyway. Even if it’s not perfect, you can get some of the data imported with just a picture.

Here’s how to take a picture of a spreadsheet and import it into Excel.

Now the app will open a camera viewfinder, which you should use to snap a picture of the spreadsheet you want to import into Excel. If you already have a photo, there’s an option to select a picture from your gallery, too.

It’s OK if the spreadsheet you’re taking a picture of is on an angle — the app will pick up on the borders of a table, or the entire piece of paper, by drawing a red box around it. Feel free to tap on the text printed on the paper in order to focus the camera.

Next, tap the circular shutter button to snap your picture.

On the top half of the next screen, you’ll see a bunch of cells that are essentially a preview of the digital version of your data, and below that, you’ll see your photo. The performance can be hit or miss. Sometimes spreadsheets are imported without an issue, while other times they were jumbled messes of data. 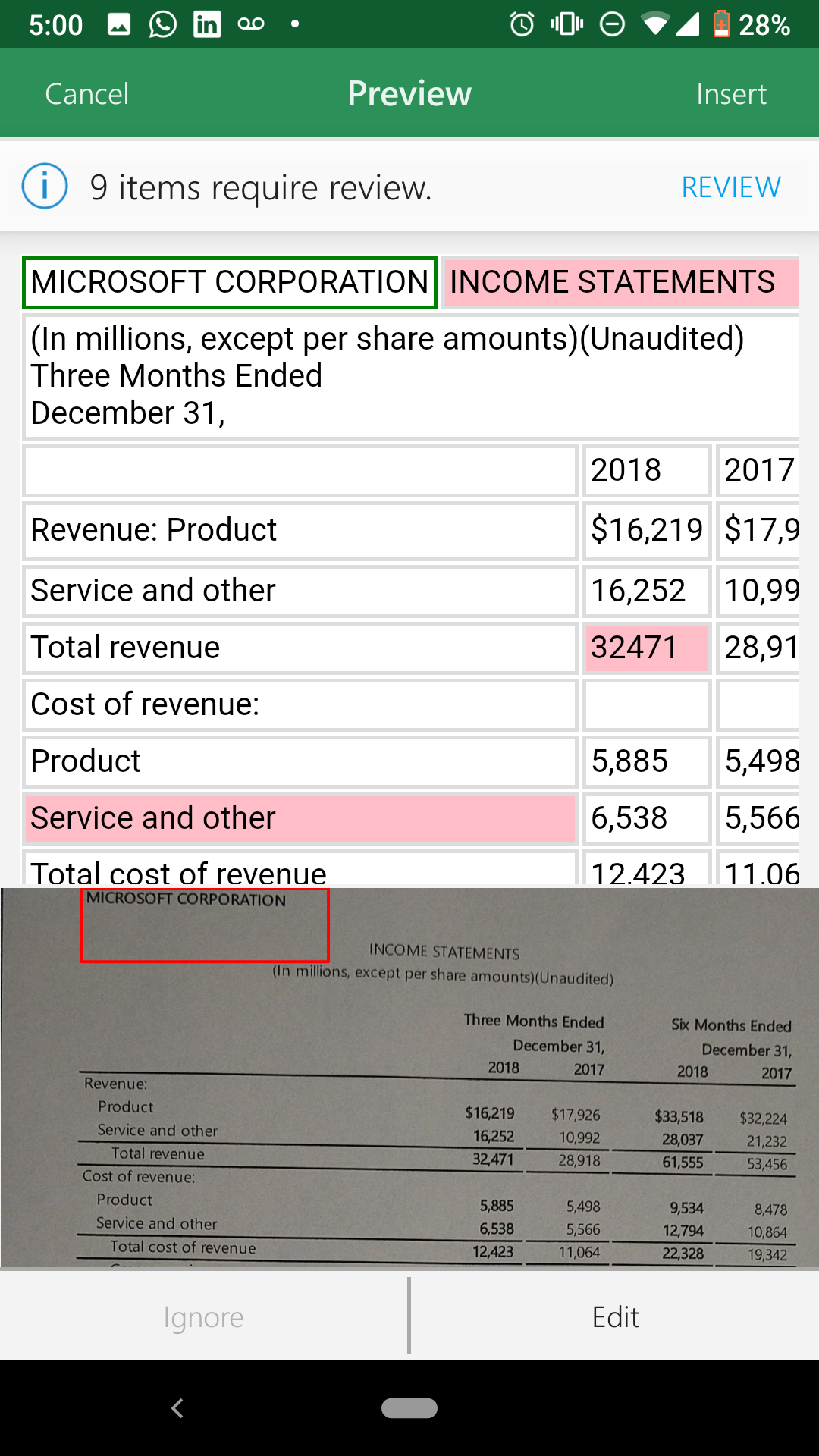 Excel will let you know if it suspects there are errors, which you can move through and edit accordingly. Expect to have to make a few edits. While it’s not perfect, this will still save you a ton of time compared to having to enter in all of the data manually. 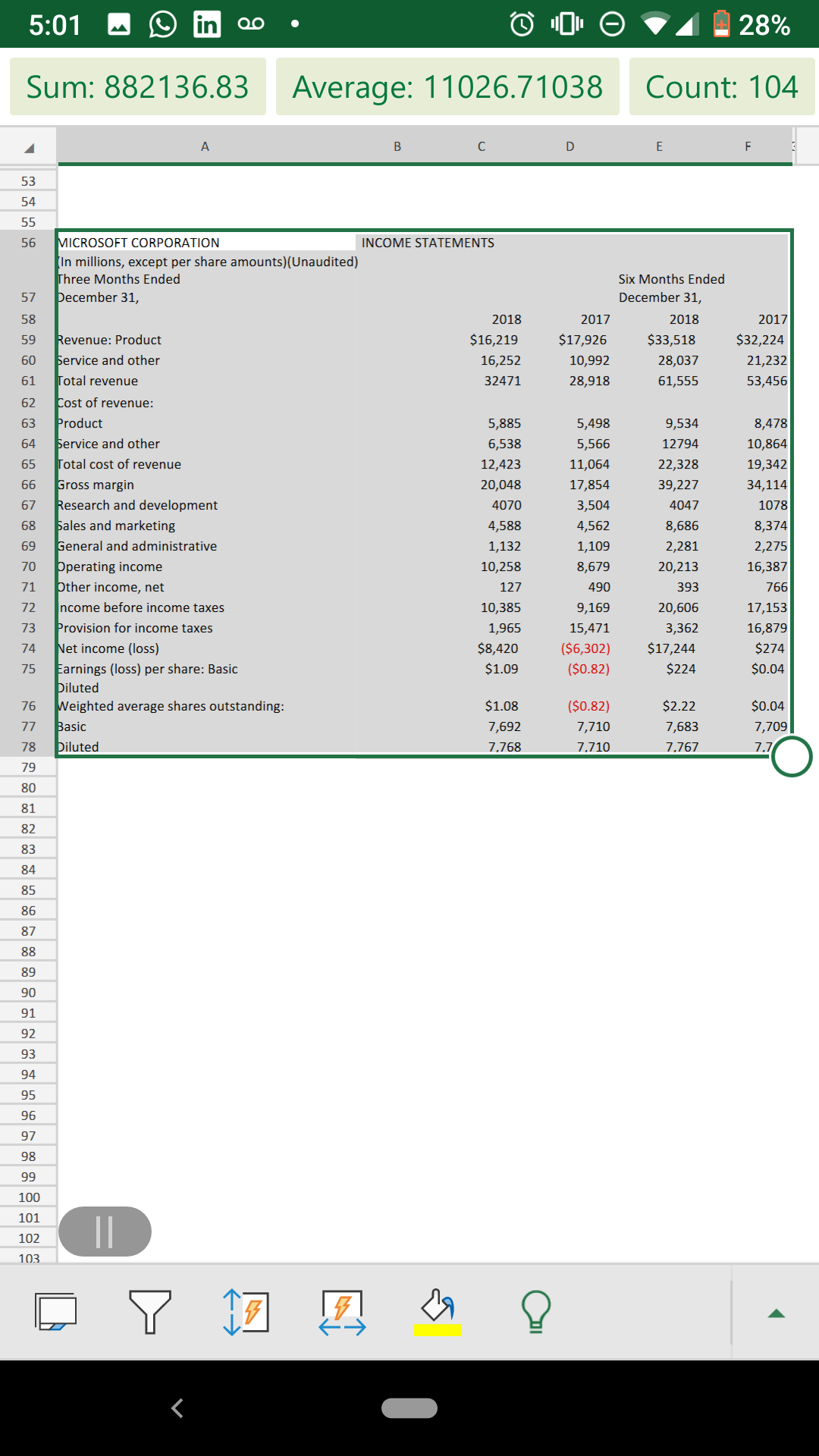