Mickey vs Masa: The battle between Uber and Lyft pits two Japanese billionaires against each other 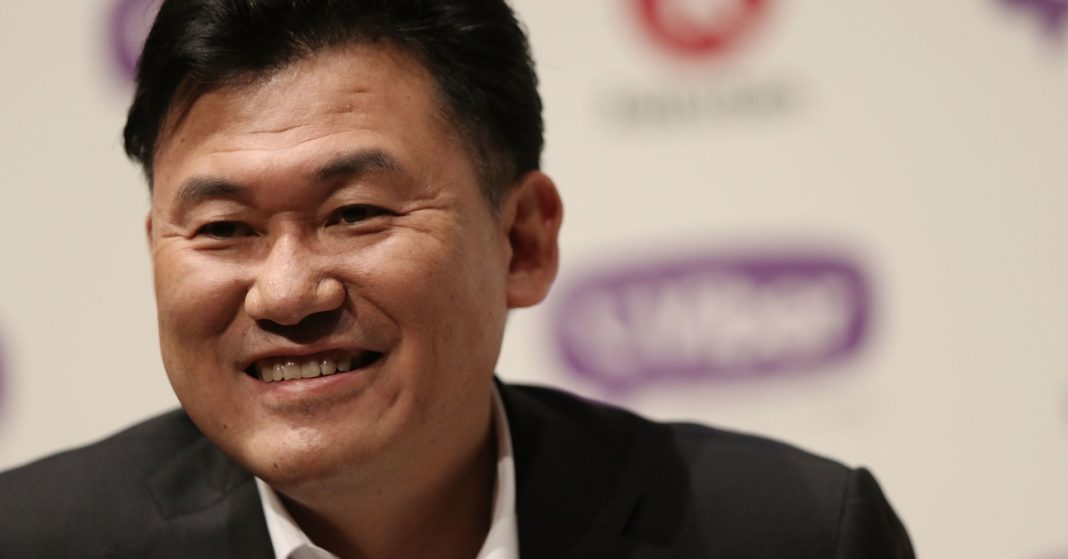 The rivalry between ride-hailing giants Uber and Lyft is poised to heat up in 2019 as both prepare to hit the public markets.

But the battle may be more intense in Japan than the U.S.

That’s because while the two competitors are located just a couple miles apart in San Francisco, the biggest shareholder in each company is based in Tokyo.

According to Lyft’s IPO prospectus filed on Friday, e-commerce and internet conglomerate Rakuten owns 13 percent of the company. SoftBank, led by Masayoshi Son, acquired about 15 percent of Uber last year.

Uber and Lyft have been at the center of a capital-raising bonanza in technology over the past half-decade, with venture firms, private equity shops, hedge funds and multinational corporations pouring in billions of dollars to fund massive growth efforts before the recipients were ready or willing to go public.

“We have seen the future and this is it,” Rakuten founder and CEO Hiroshi Mikitani, now 53, said in the 2015 press release announcing a $300 million investment in Lyft. “We believe businesses like Lyft that unlock the latent potential that exists in people and society hold the key to the future.”

Mikitani, who goes by “Mickey,” didn’t know that he’d soon be going up against countryman and fellow billionaire Son, who goes by “Masa,” in the burgeoning ride-hailing market. Son is currently the third-wealthiest person in Japan, with a net worth of $17.1 billion, while Mikitani is sixth at $4.86 billion, according to the Bloomberg Billionaires Index.

Son has the much bigger profile since he launched the $100 billion Vision Fund in 2017 with a promise to pour hundreds of millions, and sometimes $1 billion or more, into tech companies, trying to pick the winners in what he expects to be gargantuan categories.

But in the Uber-Lyft rivalry, Mikitani is taking a more hands-on approach.

SoftBank was given two Uber board seats with its investment, but Son isn’t going to be one of the directors. Mikitani has been on Lyft’s board ever since his investment four years ago. He was selected because of “his extensive operating and management experience with major technology companies,” the prospectus says. Mikitani is a close adviser to the company and shared the stage at a company conference last year with Lyft co-founder John Zimmer.

“It was a scary time for Lyft,” Zimmer said, referring to his first meeting with Mikitani. He said that Uber had about 30 times the amount of cash as Lyft and was “trying to kill our business.”

While Uber was much bigger and carried a loftier valuation, Rakuten had a secret weapon, which informed its investment in Lyft.

A year earlier, Rakuten had acquired a company called Slice, whose technology helped consumers track their online purchases and whose data gave a window into how and where people were spending money.

With Slice, Rakuten could see that Lyft was gaining traction because it was getting a bigger share of the consumer’s wallet, according to two people with knowledge of the matter who asked not to be named because the details were confidential. In other words, Lyft appeared underappreciated based on this valuable data that Rakuten owned.

A Lyft representative to declined to comment and a spokesperson for Rakuten didn’t respond to a request for comment.

Slice is now known as Rakuten Intelligence and is the primary source of market share data that Lyft uses when pitching investors. In the prospectus, Lyft says its share of the U.S. ride-sharing market jumped to 39 percent in December 2018 from 22 percent two years earlier. Here’s how Lyft cites the data in the corresponding footnote:

These market share figures are based on the number of rides provided by drivers using Lyft or Uber and were gathered by Slice Technologies, Inc., doing business as Rakuten Intelligence. Rakuten, Inc., or Rakuten, is the parent company of Rakuten Intelligence, and entities affiliated with Rakuten currently hold more than 5% of our outstanding Class A common stock.

Lyft also said in the filing that in 2018 it spent $4 million on services from two Rakuten divisions focused on marketing and intelligence.

Rakuten is rapidly growing its presence in the U.S. It acquired shopping rewards company Ebates for $1 billion in 2014, and last year snapped up mobile ordering start-up Curbside. It also announced a new branch of its research institute in San Mateo last April.

But the company is still far from a household name — unless your household is full of Golden State Warriors fans.

In 2017, Rakuten signed a three-year deal with the budding NBA dynasty valued at a reported $60 million, which included affixing Rakuten’s logo to Warriors’ jerseys.

“As a global company, I think supporting sports really represents our philosophy,” Mikitani said in a video promoting the deal.

In a few weeks, Mikitani will get the first true glimpse as to the value and appreciation of his Lyft investment. Sharespost said in a report on Friday that Lyft could command a market cap north of $30 billion, which would value Rakuten’s original $300 million stake at close to $4 billion.

And though Mikitani and Son are rivals in the ride-hailing market, they could also soon find themselves in a partnership. Rakuten is an investor in Careem, a Dubai-based ride-sharing company that, according to Bloomberg, is in talks to be acquired for $3 billion — by Uber.

Anand Sanwal, CEO of data firm CB Insights, said Rakuten has built a big portfolio in the space “without much fanfare.”

“With Lyft’s IPO and Uber’s potential purchase of Careem, they’re establishing themselves as one of the under-the-radar power players of the emerging mobility space,” Sanwal said.