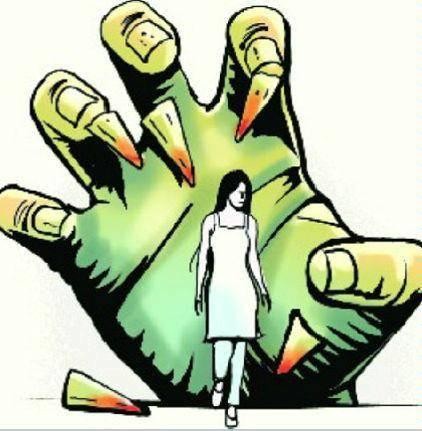 A 65-year-old Dalit woman died after she was allegedly beaten by two brother in Mutnai village in Agra on Wednesday. Police said that a man named Manoj, in his complaint, said his mother Mandevi was beaten with sticks by their neighbours Manish and Sonu, who belong to the Baghel community. Mandevi’s family then took her to Dauki police station to lodge and FIR in the incident, said Tejveer Singh, Circle Officer. Police sent her to the district hospital, around 30 kms away.

“After medical examination, the victim was being brought back in an ambulance when she died,” said CO. “The autopsy report stated there were abrasion marks on her head and hands. The cause of death, as stated in report, is due to heart failure.”

Although some sources claimed there is a rumour in the village that the brothers believed that Mandevi was the “ghost that chopped off women’s braids”, police said no such incidents were reported from Dauki police station so far. “The complainant did not give any motive behind the murder. There is no mention in the FIR that accused suspected her of that,” said Tejveer. Later, Manoj lodged an FIR against Manish and Sonu on charges of murder and SC/ST Act.

Police are conducting raids to trace accused. When contacted, SSP, Agra, Dinesh Chandra Dubey said, “Action will be taken against people who are circulating a story that the woman was murdered because people suspected her to be a ghost.”