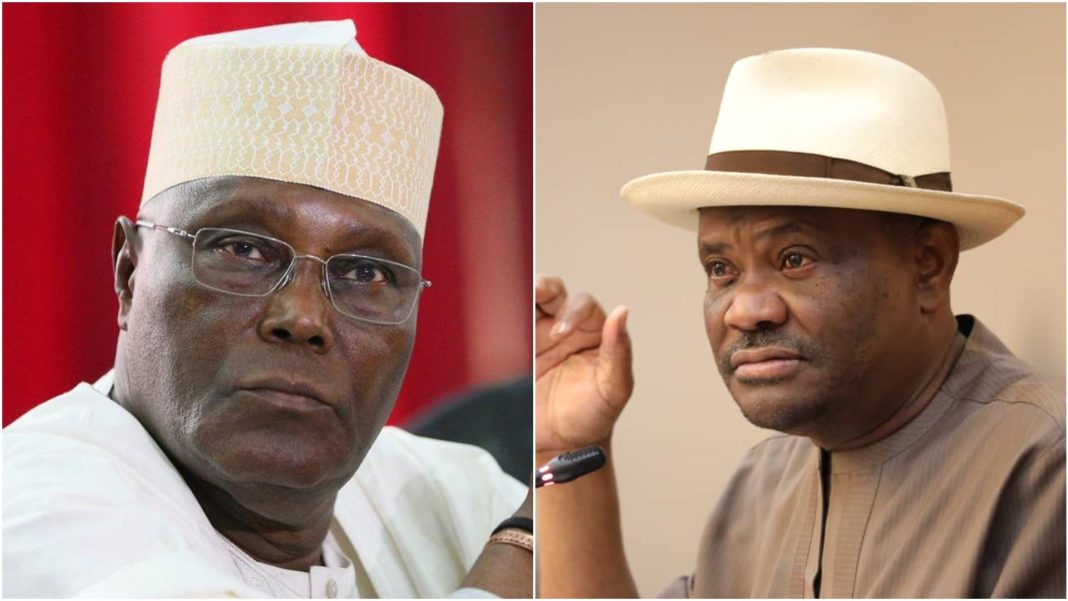 Governor Nyesom Wike of Rivers State has not reacted to the outcome of the Peoples Democratic Party, PDP, convention in Abuja.

Less than 24 hours after the PDP primaries, Wike is yet to congratulate the party’s presidential candidate, Atiku Abubakar over his victory.

Prior to the commencement of the primaries on Saturday, Wike was one of the leading contenders for PDP’s presidential ticket.

Recall that Wike had pledged to work with whoever emerges as PDP’s presidential candidate during the primaries in Abuja.

However, Atiku won after polling a total of 371 votes to defeat his closest rival, Wike who had 237 votes.

Following the conclusion of the convention, there were allegations of vote-buying by Atiku and Wike.

Unconfirmed insinuations alleged that Atiku and Wike bought the votes of delegates in dollars during the primary election.

Upon his declaration as winner, Atiku pledged to unite and rebuild Nigeria if he wins the 2023 presidential election.

He also urged other presidential aspirants and Nigerians to join him in winning the general election.