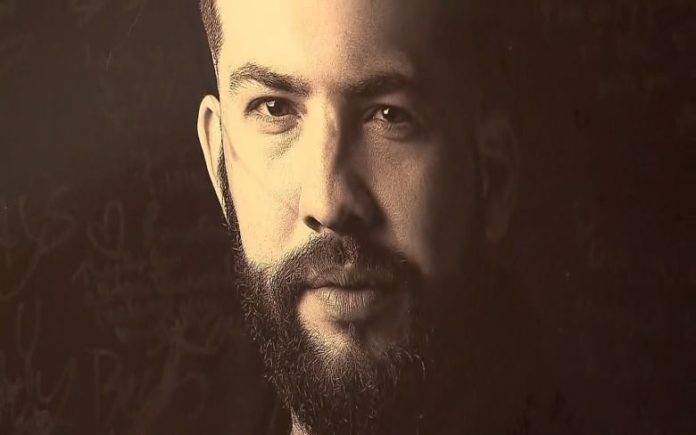 Cesur and June Celik pose with a picture of their son, Koray, who died following an altercation with police in 2017. (Kate McKenna/CBC)

There are still nights when June Celik wakes up crying, wishing she hadn’t called police on her son Koray.

On March 6, 2017, he was acting in a way she had never seen before. The 28-year-old was intoxicated: he had mixed alcohol and percocets prescribed to him because of dental pain.

Koray tried taking his parent’s car. June was desperate to stop him; she called Montreal police for help.

That night, four police officers entered Koray’s home and, after a brief verbal exchange, tried to detain him.

From the hallway, June and her husband, Cesur, watched as their son was kicked, choked and beaten with batons until his body lay still, and then until his breathing stopped.

The family has been living in grief ever since. The living room of their Île Bizard home is a shrine to their dead son.

“I’ve heard the description hell on earth,” said Cesur Celik, sitting on a couch not far from where he saw officers unsuccessfully administer CPR.

“But I didn’t know that it could happen. And really, this is hell on earth. Every day.” 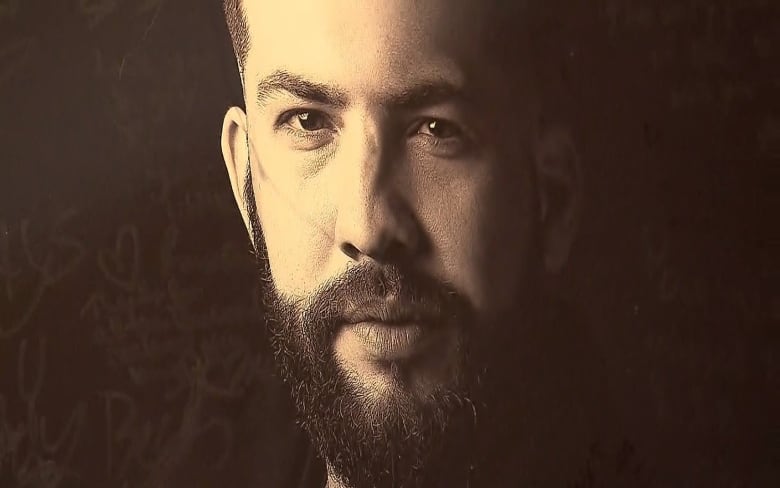 Koray Celik was 28 when he died after police attempted to handcuff him in his family’s home in Île Bizard. (CBC)

Earlier this month, Quebec’s prosecution service announced charges will not be laid against the police officers who were present that night two years ago.

Koray died, they said, either from a pre-existing heart condition or from the mix of drugs and alcohol in his system.

The death was investigated by Quebec’s police watchdog, the Bureau des Enquêtes Indépendantes.

The BEI was created nearly three years ago, in June 2016, to investigate cases where civilians are seriously injured or killed in police operations. Its findings are given to Quebec’s prosecution service, which decides whether to press charges.

Since its creation, the BEI has investigated 126 cases involving Quebec police, including 71 where someone died.

But no police officer in Quebec has ever been criminally charged following a BEI investigation.

As the watchdog prepares to offer its first accounting to the National Assembly, critics are wondering if police were more likely to face justice before it was created.

Between 1999 and 2016, 10 police officers were charged in Quebec, meaning charges were laid in just under two per cent of investigations into police conduct.

In comparison, a CBC News analysis showed the Nova Scotia police watchdog charges officers in 25 per cent of its investigations.

In Ontario, a 2010 Toronto Star investigation found the special investigations unit there charged officers at a rate of 2.8 per cent. 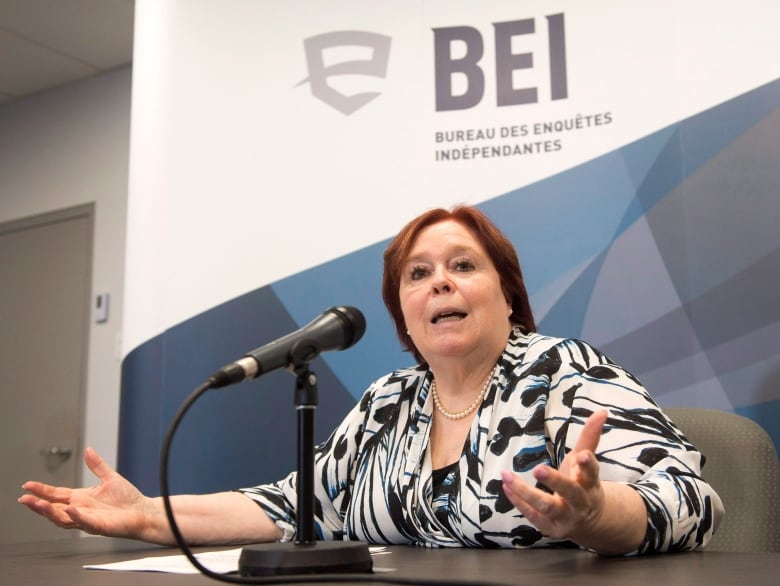 The BEI was created nearly three years ago, in June 2016, to investigate cases where civilians are seriously injured or killed in police operations. It’s headed by Madeleine Giauque. (Ryan Remiorz/Canadian Press)

Advocates and family members of victims in Quebec are calling for a massive overhaul of the watchdog system, saying it has done little to reaffirm the public’s faith in policing.

Pre-BEI, a civilian death that involved a police officer was investigated by officers from a different police force. The BEI was created to end the perception of pro-police bias in these investigations.

But anti-racism advocate and law student Balarama Holness says half of BEI investigators are former police officers, which undermines the perception the bureau is truly independent.

“The public has lost confidence in the BEI,” Holness said. “We have police officers investigating police officers. That, in my view, is inconsistent with a true impartial and truly independent body.”

He’s calling for the watchdog to be reformed, for it to increase the diversity of its investigators and for better de-escalation training for police officers. 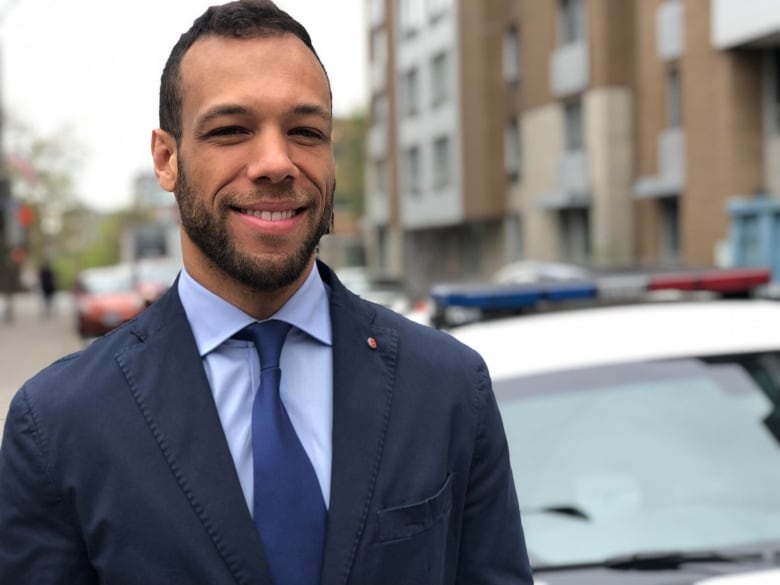 Lawsuit against the BEI

Families of victims, including the Celiks, say dealing with the BEI is a frustrating, opaque and difficult process. They question whether it is equipped to police the police.

Cesur and June Celik are suing the BEI, saying it misrepresented the night Koray died in a news release that was circulated to media outlets.

The Celiks had faith in authorities before their son’s death. They brought pizzas to first responders on New Year’s Eve. Cesur headed the neighbourhood watch in the Montreal suburb of Pointe-Claire for years.

That’s why June didn’t hesitate to call police when her son, Koray, was belligerent and inebriated.

By the time they arrived, Koray was calm and sitting on his bed, June Celik said. As police became more physical with Koray, his parents yelled at the officers to stop.

Both June and Cesur described seeing a flash — they believe it was a stun gun — in the seconds before Koray fell silent.

The BEI news release said Koray was aggressive and wouldn’t follow orders. It said police used batons, but that he continued to resist.

But according to the Celiks, the BEI’s version of events downplays the violence of the arrest and fails to mention a stun gun. They feel their eyewitness account was ignored.

Police are entitled to use reasonable force. And June admits her son was being mouthy before the first policewoman drew her baton.

But she denies that he was aggressive toward the officer before she drew her baton, which is what the police report maintains.

The family is also raising questions about what happened after Koray’s death.

It took police more than three hours to inform the BEI about the incident. The law requires the watchdog be informed immediately.

BEI investigators only arrived at the Celik’s home the morning after the police altercation.

In the public statement issued by the BEI about Celik’s death, the investigative bureau wrote that “as usual” Montreal police did not respect the rules by meeting witnesses before the BEI was on the scene.

Documents made public show the head of the BEI has sent letters to the directors of police forces in Quebec, including the Montreal police, citing several instances in which officers were left together, without supervision, to write up their version of events before handing them over to the BEI. 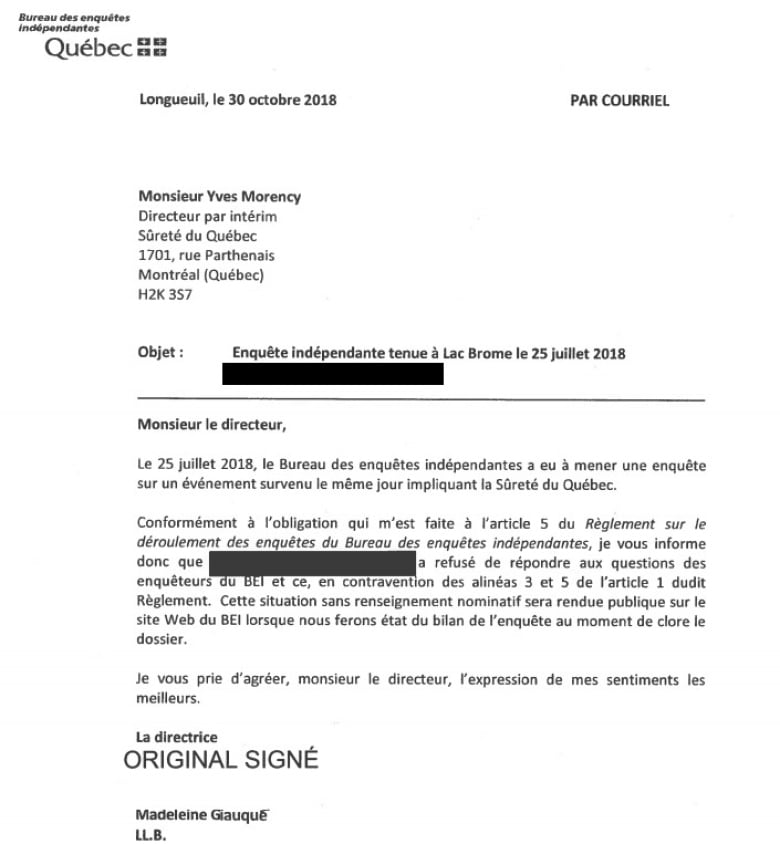 A letter that Giauque sent to SQ interim director Yves Morency informing him that one of his officers refused to answer the questions of the BEI investigators. (Submitted by Tracy Wing)

Quebec law requires that officers must write their accounts of an incident without consulting each other.

The BEI refused an interview request from CBC News.

The bureau is required to submit a report to the minister of Public Security three years after its first investigation. The report will be submitted in July 2019, and then tabled in the National Assembly.

In a statement, the bureau said it “is sensitive to the pain of families who lost a loved one,” but would not comment further.

The Celiks say they were promised a meeting with a Crown prosecutor, who was supposed to explain in detail why no police officer was charged.

Instead, they were given a letter by a prosecutor. When they tried to ask her questions, she responded by saying she was not involved in the case and could not answer.