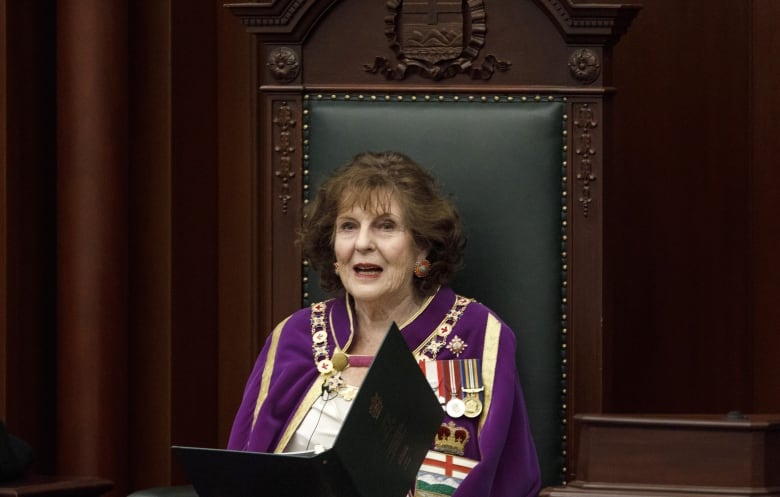 Premier Jason Kenney smiles as the speech from the throne is delivered in the Alberta legislature. (Jason Franson/Canadian Press)

Albertans can expect the new UCP government to make tough fiscal decisions as it works to balance the budget while maintaining frontline services, Premier Jason Kenney said Wednesday ahead of the throne speech.

“Yes, there will be some tough decisions ahead,” Kenney said at a pre-speech news conference.

Kenney said a silent majority of voters understands the need to return to balanced budgets. He said past governments that practised such restraint were re-elected.

Kenney wants the government to stop spending more than the rate of growth and inflation. And he said the public sector needs to be smaller.

“There will have to be some reduction in the overall size of the Alberta public sector, hopefully through attrition.”

The public consultations will be in addition to the work of a panel looking into the state of Alberta’s finances. Their findings, expected in mid-August, will guide the government’s direction in this fall’s budget.

Notley said the throne speech lacked any commitment to funding the extra 15,000 students expected to enrol in Alberta schools this fall.

She said the speech spent as much time talking about desk-thumping and decorum in the house as it spent on education and health-care funding. 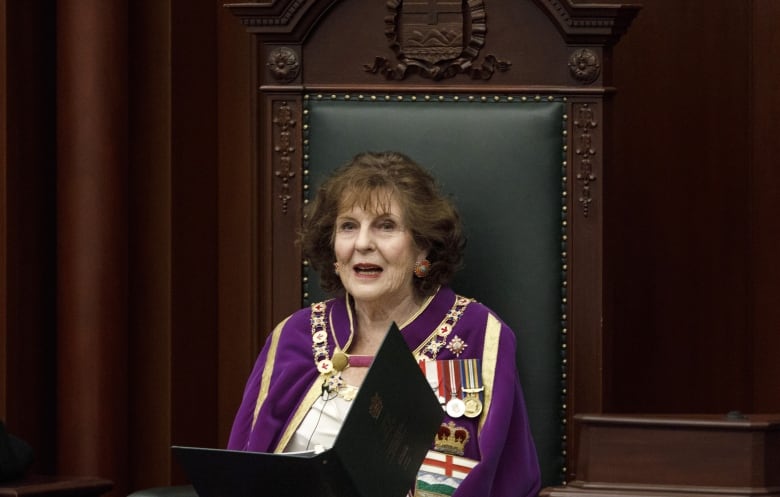 “I would suggest that Albertans should be ready because this is going to hurt contrary to the assurances that were made during the election,” she said.

“I believe that this government is preparing Alberta for cuts to classrooms and hospitals to pay for the budget hole from their tax cut to wealthy corporations. So we are very concerned.”

The throne speech contained no surprises but rather followed what the UCP promised in the election campaign.

The first bill introduced Wednesday was the much-heralded repeal of Alberta’s carbon tax.

Following the throne speech, Kenney introduced Bill 1, An Act to Repeal the Carbon Tax, which proposes to end the tax at 12:01 a.m., May 30.

Albertans who qualify for carbon tax rebates will receive their final cheque, which includes the period up to June 30, in April.

The government won’t ask people to pay back the rebate they received for June.

The government is reviewing what will happen with the programs funded under the carbon tax.

The carbon tax repeal bill be followed by another proposed piece of legislation to make more business-friendly changes to labour legislation.

Bill 3 will lay out the timeline for the staged decrease of corporate income tax from 12 to eight per cent by 2022.

Bill 4 is the Red Tape Reduction Act, which the government said would cut regulations by one-third and speed up approvals of resource projects.

“Together these four bills will kick-start Alberta’s economy by creating jobs, cutting job-killing taxes and red tape and showing employers and investors that Alberta is open for business,” Kenney said.

The speech confirmed the government’s wish to amend and implement the Education Act, passed by the legislature in 2012, so that it is in place for the start of the school year. Critics say that would allow a rollback of privacy protections for LGBTQ students in gay-straight alliances.

Amendments to the Municipal Government Act and Alberta’s tax statutes are also coming this spring, the speech said.

The Fair Access to Regulate Professions and Trades Act proposes to tear down the barriers faced by immigrants who have often struggled to have their professional credentials recognized in Canada.

The Royalties Guarantee Act will ensure that oil and gas wells will be subject to the same royalty structures throughout their lives.

The speech looks ahead to the fall session, where the government intends to introduce the Choice in Education Act, which will likely remove the cap on new charter schools as promised in the UCP election platform.

The Saving the Girl Next Door Act is also coming this fall, aimed at protecting victims of human trafficking. The government also wants to bring in a version of Clare’s Law, which would allow people to request the criminal records of partners suspected of past violence.

The government plans to bring in legislation to replace the Carbon Competitiveness Incentive Regulation with the Technology Innovation and Emissions Reduction or TIER fund.

Large carbon emitters would pay into the fund, which in turn would fund the development of technology to reduce greenhouse gases.

The government wants to create the Indigenous Opportunities Corporation this year. The Crown corporation, promised by Kenney in the lead-up to the election, will give Alberta’s Indigenous people access to capital and technical support to invest in oil and gas projects.

The relative brevity of Wednesday’s throne speech reflects a preference by Kenney for a shorter document with fewer partisan flourishes.

He said his government intends to implement all the promises in the UCP election platform, even if they weren’t mentioned by in the speech delivered by the lieutenant governor on Wednesday.