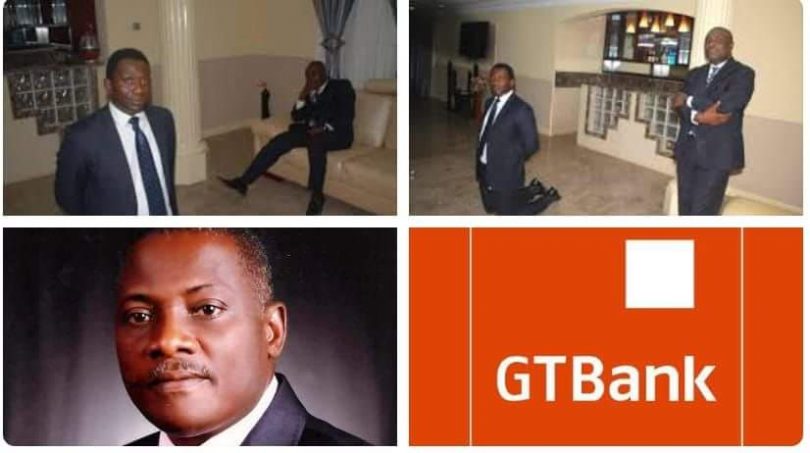 Segun Agbaje is begging all Igbos to forgive him for been mislead by the “power from above” to fraustrate INNOSON GROUP.

According to him, he said that more than 1.5trn has left the bank Nationwide becos of the fuse between GTB bank and INNOSON Group and thereby beg IGBOS and other Old Easterners that move their money out of GTB Bank to soft pedal.

He said that 95percent of economic blood that keeps the bank and Nigerian economy going are been done by Ndi Igbo’s cos they do high volume of transaction in mass cos of the art of business wizadery God bless them with.

He begs Igbo Billionaires who are their customers that angrily move their money out of the bank and those doing transfer to handle the fuse with patience, that things will be taken care of.

He said again that he is tendering an unreserve apology to Igbo people to forgive, that together, we shall make Nigeria great again.