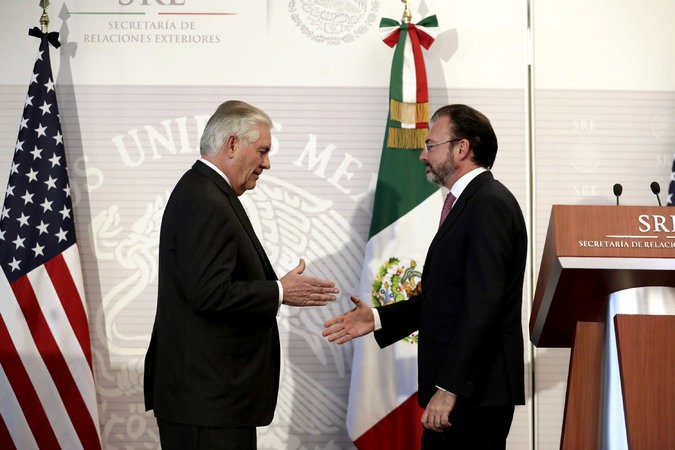 How much cash is in your wallet right now? While some may worry they don’t have enough, Warren Buffett has the opposite problem.  —Megan Hess

Warren Buffett nears a milestone he doesn’t want. Berkshire Hathaway reported Friday that it held just shy of $100 billion in cash at the end of the second quarter. While that figure highlights the staggering money-making ability of the businesses he’s collected over the years, it’s also a burden. Since Berkshire doesn’t pay a dividend and rarely buys back its own stock, Buffett is on the hook to find ways to invest those funds.

Samsung’s rugged new Galaxy S8. The Galaxy S8 Active features a metal frame, larger battery, and shatter-resistant screen. It’s geared toward use in environments like extreme outdoor sporting events and construction sites, where a standard device may succumb to wear and tear.

The world’s most feared investor. Paul Singer targeted the world’s biggest mining company, took on Buffett in a battle for Texas’s largest electricity distributor, ousted CEOs on both sides of the Atlantic, and set off a chain of events that led to the impeachment of South Korea’s president. He also litigated an entire South American country into submission. While he’s been scorned for sometimes using bullying tactics, Singer sees his tough reputation as a selling point for investors in his company, Elliott Management, which manages $34 billion of assets. Here’s a look at its recent investments.

John Kelly moves quickly to tame Trump’s world. On his fifth day on the job, the new White House chief of staff gathered about 200 aides for a meeting. He said he expects all of them to put country first, the president second, and their own needs and priorities last. He also sharply warned them against leaking, an obsession of the president’s. Now, bigger challenges lie ahead for Kelly.

Tesla is making its debut in the bond market. The automaker plans to offer $1.5 billion in senior unsecured notes due in 2025. The proceeds will be used to help Tesla bring out the Model 3, its cheapest model yet, and for general corporate purposes.

The secret world of global food spies. Inscatech and its agents scour supply chains around the world, hunting for evidence of food industry fraud and malpractice. In the eight years since he founded the New York-based firm, Mitchell Weinberg, 52, says China is a key growth area for such fraudsters as well as those developing technologies trying to counter them.

The Irish countryside is more popular than ever. For the fourth year running, Ireland is set to have the fastest-growing economy in the European Union, boosting confidence among upgrade-happy hoteliers—and running counter to the fears that Brexit may stifle the local economy. Charming Irish castles have quickly morphed from British-occupied weekend retreats to world-class resorts, drawing the attention of well-heeled travelers from the Americas and beyond.