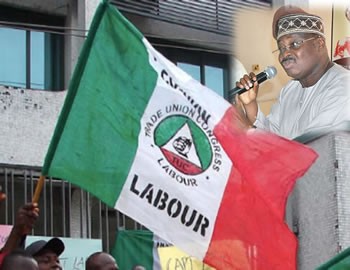 Workers in Bayelsa State, under the aegis of the Nigerian Union of Local Government Employees, on Saturday, staged a peaceful protest to demand autonomy for local government administration in the country.

The council workers, led by leaders of NULGE in the state, held a procession around Oporoma, headquarters of Southern Ijaw Local Government Area of the state, lamenting the fate of the third tier of government.

The protesters said workers at the third arm of government were tired of “undue interference” from state governments, noting that the development was negatively affecting developments at the grassroots government.

The leader of NULGE in Southern Ijaw, Mr. Thomas Dieprede, urged the relevant authorities to recognise the LGAs as the third tier of government.

He said, ”As the third tier of government, we should be recognised as such. Selecting people to rule us at the councils is giving us a setback. We should be given authority to elect our leaders.

”The appointment of caretaker chairmen is illegal and should be abolished. The national electoral commissioners should conduct LG elections and not the states.”

In his comment, the state Auditor, NULGE, Mr Johnbull Ogolas, said part of the autonomy sought by councils should include managing their resources.

He said that the Works and Administration departments of various LGAs had been made redundant due to the absence of autonomy.

The State Trustee of NULGE, Mr Clement Etifa, said through the rally, they were asking the Federal Government to consider the autonomy of local governments as a genuine demand to accelerate the growth and development of the councils.

He also advocated the abolition of the Joint Account Allocation Committee to enable the finances of local governments to come directly to the councils instead of passing through the state governments.

He said, ”The rally is to be held in all the 774 LGAs in the country. We are seeking Federal Government to grant us autonomy. We are by this rally, appealing to the Federal Government and state lawmakers that hold the power to amend the Constitution to do the needful.

”We are saying that the resources accruing to the LGAs should come directly to the councils. The Joint Account Allocation Committee should be abolished to enable our finances to come directly to us.”

He further said that salaries of councils’ employees were not paid as and when due because the LGAs were saddled with the responsibility of paying teachers’ salaries.

He equally recommended the scrapping of state electoral commission.

On his part, the NULGE Chairman in SILGA, Mr Erepadei Igali, contended that the welfare of workers at the third tier of government would only improve when the LGAs were granted autonomy.

When he put the contentious issue of autonomy to vote, the workers voted resoundingly in favour of autonomy, saying it was the only way to liberate the LGAs across the country and to enable them to carry out their functions unhindered.

Speaking on behalf of SILGA management of NULGE, Mr Diete Olotu said the demands of the workers were appropriate, urging the relevant authorities to address their concerns.