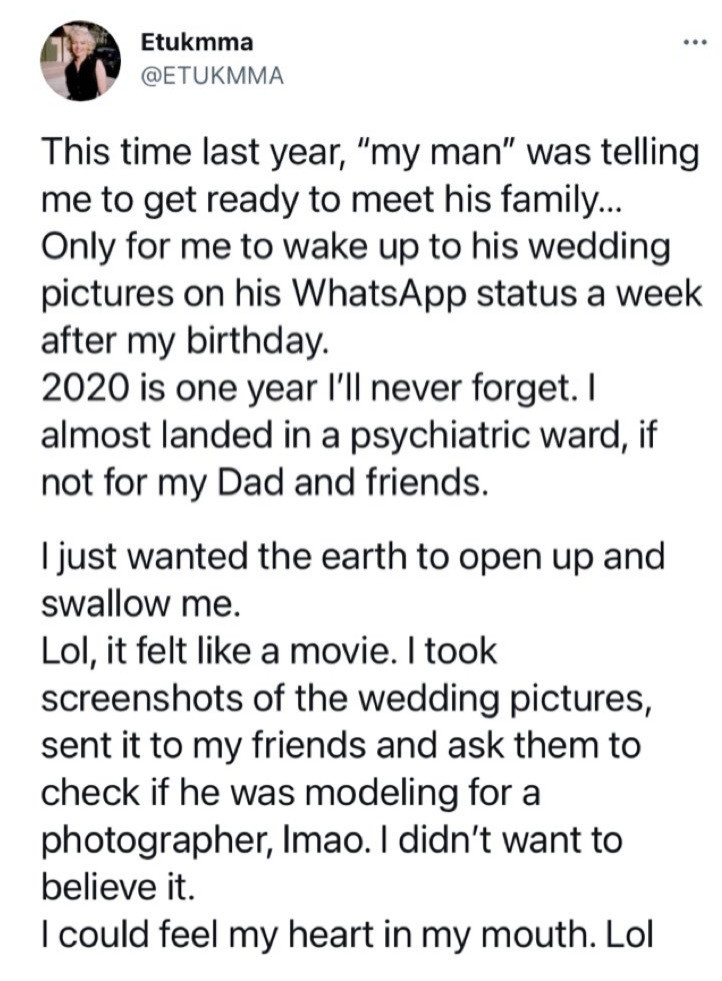 A woman has recounted how she almost landed in a psychiatric hospital after she stumbled on her man’s wedding photos online while he was preparing to introduce her to his family.

The woman said he had told her he was taking her to see his people that week but what she saw online were photos showing the man had married someone else.

She said she was in denial for a while and wanted to assume it was a photoshoot and her husband was just modeling.

However, she discovered it was real and she said it affected her mental health, until her father and friends stepped in to help her.

She adds that the man later reached out to apologize, while saying he still wants her in his life. 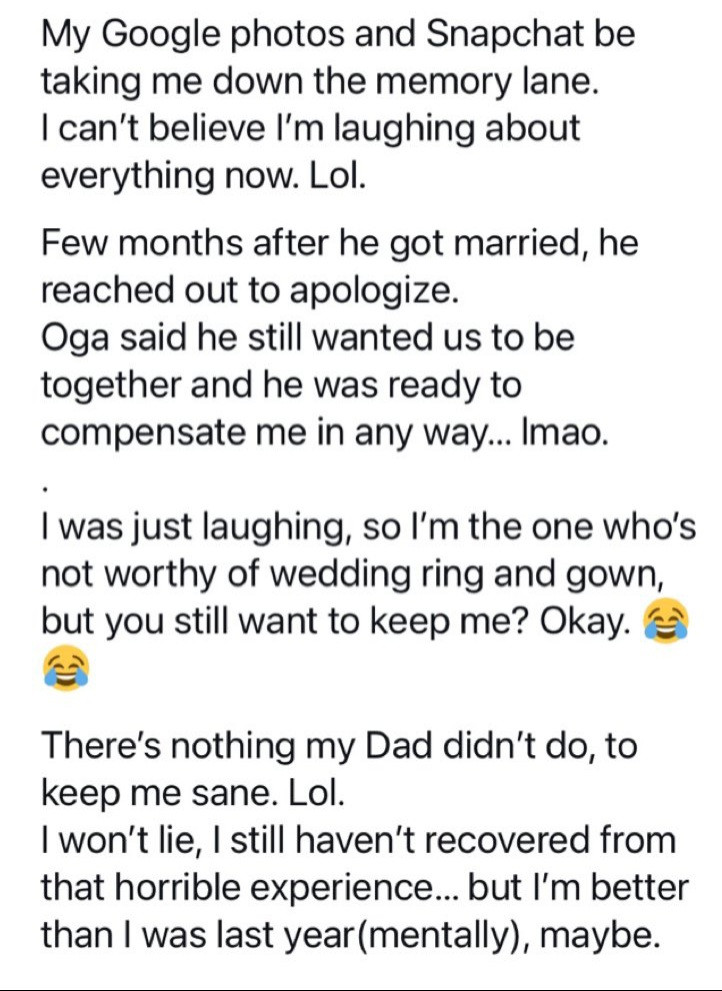