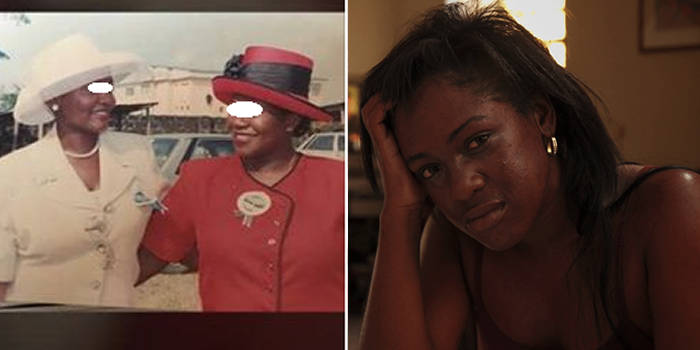 A woman has just received the shock of her life having discovered that her husband recently got married to her best friend of over 25 years.

Christine revealed that two women named Rukevwe and Cordelia have been friends for over 25 years. Rukevwe got married and later divorced. She eventually had a child after her divorce but didn’t remarry. As for Cordelia, she was married and her marriage seemed happy. Her home in Warri was open to Rukevwe.

10 years ago, Cordelia and her husband moved to the UK and Rukevwe was welcomed whenever she comes to visit them in the UK.

The women also had another friend named Bawo but she was married and mostly focused on her own family.

In July this year, Cordelia’s husband started pressuring her for a divorce. She granted his wish and moved on with her life.

She later planned a trip to Nigeria and asked to stay at her best friend Rukevwe’s home in Nigeria. But Rukevwe kept avoiding her and claimed she wouldn’t be around. 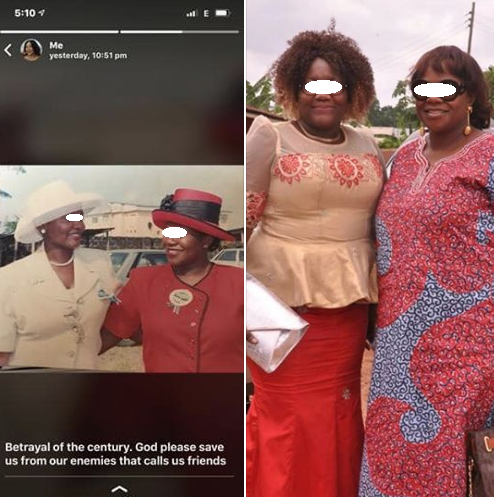 “Betrayal of the century. God save us from enemies that call us friends,” Christine said as she shared the story.

Read the shocking story as narrated by Christine Aluyi below.

The Face of a Betrayer….

I don’t know if I am dreaming or if this is true, Bawo I will need you to tell me that it is not a dream…. I cannot believe this. Rukevwe, you? You of all people? So all these tens of years that you have been acting like Cordelia Ufuoma Rowayinor Ovakporae ‘s best friend and sister, you have been hating her? You hated her so much that you pulled the trigger. It would have been better, if you had shot her. Rukevwe, why? Of all the men in the world, it is Cordy’s husband that you can marry. Cordy your best friend and sister?

Friends, pls forgive my ranting this morning, I just got the rudest shock of my life now. Maybe I am dreaming o. My former neighbour and friend, Cordilia Rowayinor on the right in the two photos and wearing red hat, woke me up with this heartbreaking news, that Rukevwe, on the left in the two photos, wearing white hat, whom I have always known to be her bestie just married her husband. Rukevwe and Bawo were the closest friends she has had for over 25yrs since I knew them. They are all younger than me, so I was not in their click of friends but I am more of a big sister to Cordy.

Cordy, her husband and I and my husband used to live in the same estate in Warri . We had our children in that estate until they relocated abroad for about 10yrs now and I moved out. Rukevwe has been part of her life. She was married briefly and divorced and later had a child for a man she was dating before she got married. All through, she has been having a very good relationship with Cordy and Cordy has invited her to spend time with her in the UK a couple of times. Rukevwe and Bawo are the friends who became sisters to Cordy. Since, Bawo got married, her marriage keeps her occupied, but the close friendship still exists. Rukevwe is the free one who was available until now.

Though, Cordy and her husband has been having a rough time, it never got to asking for divorce. He pestered her for divorce in July this year, which she granted unknowing to her, that it was to enable him marry her best friend and supposed sister. Apparently, it was Rukevwe who was pestering him to divorce her.

Cordy came to Nigeria for a marriage ceremony. She would have put up with Rukevwe, but Rukevwe told her she was out of town to prevent her from going to her house. Only for her to find out that, in the month of July when her husband was pestering her for divorce, he came to Nigeria to marry Rukevwe.

This is a very big blow to Cordilia cos it never crossed her mind that even if her husband wants another wife, it would be her best friend. A friend she has shared all her life with. Rukevwe gave Cordy the deepest cut, the biggest heartbreak.

Who knows when he started sleeping with her? Probably, the relationship has been on all the while they were in Warri before they relocated abroad and the times Rukevwe went to visit them in the UK, he has been having it out with her when Cordy went on night duty. Na only God know.

This is sleeping with the enemy part 2. I cannot comprehend this. I still want to believe that the call Cordilia put through to me this morning was in a dream. I am looking forward to waking up from it.

Cordy, it is well. You will recover from the shock. God will strengthen you and give you reason to be happy that both of them have left your life. Thank God that in her desperation to marry your husband, she didn’t poison you or kill you through other means, she only asked him to divorce you. We should be thanking God for your life.

Rukevwe, it is only God that can judge and reward you. I hear you people want to relocate to Canada. Know that God is omnipresent.

This is a true life movie and it has just been acted.

I am Christine Aluyi, a living witness to this friendship. 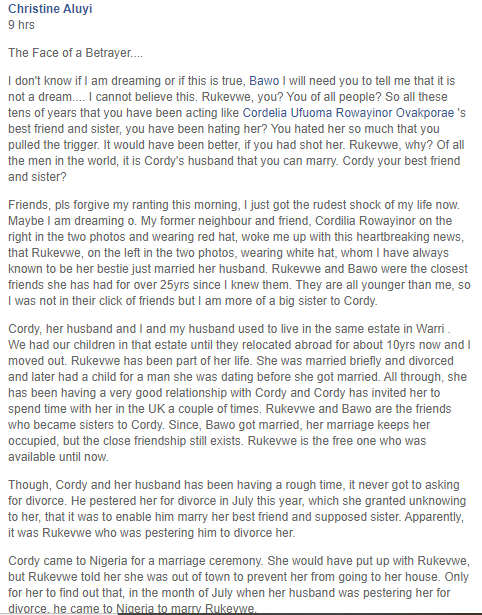