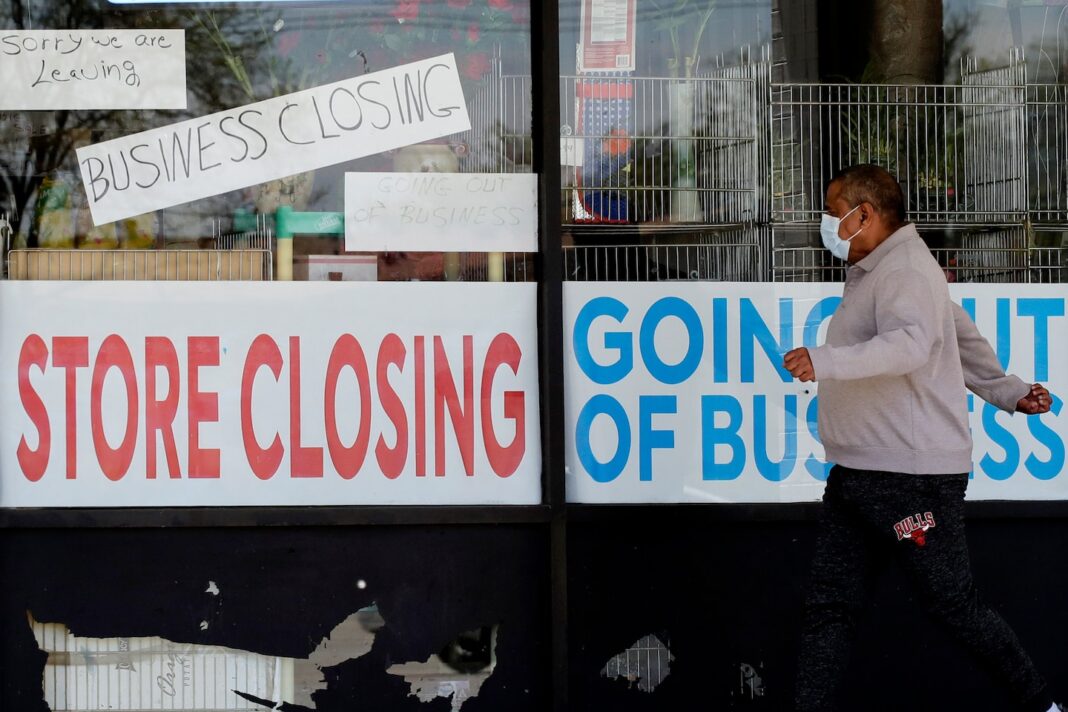 With 40 million Americans unemployed, Congress is mulling a ‘return-to-work’ bonus, Sen. Rob Portman (R-Ohio) has proposed that the federal government give people who stop collecting unemployment and go back to work $450 a week for several weeks. Others, including White House officials and Rep. Kevin Brady (R-Tex.), have discussed allowing workers to get up to $1,200 if they find a job, according to three people familiar with White House discussions and who spoke on the condition of anonymity to discuss internal deliberations.

Republican lawmakers have repeatedly expressed concern that the increase in unemployment benefits approved by Congress in March rewards workers for staying home and could lead to increased unemployment.

Lawmakers are now considering the bonus to make returning to work more attractive than remaining on unemployment. The idea is to offer an off-ramp from public assistance, without abruptly eliminating federal financial support for millions of people.

The idea is gaining traction, even as public-health officials continue to warn of dangers in the workplace. There are concerns the bonus money might lure some people back to work who should stay home for health reasons. Other experts wonder if it is unfair to give a bonus to people who have stayed home the last two months instead of rewarding those who have worked through the pandemic at dangerous “essential” jobs, including at grocery stories, hospitals and testing facilities.

Among economists, some say the return-to-work bonus has merit, especially since it puts more money in people’s pockets at a time when consumer spending has slumped. But they also caution that the unemployment rate is likely to remain quite high, as some businesses close forever and others are only able to partially reopen. There won’t be nearly enough jobs for all those who are able to return to work.

“An extra $450 gives people an extra incentive to go back to work,” said Diane Swonk, chief economist at Grant Thornton. “But the real issue is, how many jobs will we have and what kind of risk are people taking to go back to work?”

Congress and the White House have been grappling with what to do as nearly a quarter of American workers have filed for unemployment since mid-March. The official unemployment rate is near 15 percent, the highest level since the Great Depression, and many forecasters anticipate unemployment will top 20 percent soon.

Democrats want to keep the higher dollar amount through January to give people a bigger safety net, but Republicans say it is so generous that many workers earn more on unemployment than they would if they took a job.

Economists at the University of Chicago’s Becker Friedman Institute found that two-thirds of workers on unemployment are earning more from the government aid than they did from their old jobs, but that appears to be because so many low-wage workers lost jobs. A recent Federal Reserve survey found that nearly 40 percent of those earning under $40,000 were out of work in March. Many of these workers have little, if any, savings.

As talks heat up on Capitol Hill, Portman is pitching his proposal as a compromise that would make jobs more attractive and possibly work alongside a more modest extension of unemployment aid.

Larry Kudlow, Trump’s top economic adviser, said Portman has a “good idea” and “something we’re looking at very carefully” in an appearance Tuesday on Fox News. White House officials are reviewing a variety of options for replacing rather than outright eliminating the unemployment insurance increase, despite President Trump’s recent comments to Senate Republicans about opposing an extension of the benefit.

Senate Republicans are largely unified around scrapping the extra unemployment benefits after July. Several GOP congressional aides, speaking on the condition of anonymity to freely describe caucus dynamics, said Portman’s proposal faced hurdles to gain widespread support. At the very least, Republicans expect Democrats to have to approve a “liability shield,” which would prevent lawsuits against reopening firms if they agree to extend unemployment benefits, two of these aides said.

“Republicans are open-minded but trying to find a landing spot between the full $600 and no extension whatsoever,” said one person in communication with multiple congressional GOP offices.

Senate Democrats face their own divisions on this issue. Democrats support extending extra unemployment aid beyond July 31, but a handful of Democrats have expressed concern in private to the Senate Finance Committee that the $600 amount might reduce incentives to work, according to two staffers who spoke on the condition of anonymity. There could be room for a compromise, but Democrats are fearful that Portman’s proposal will be used to block any extension of unemployment aid at all.

Meanwhile, many economists are urging Congress to do more, and extend unemployment aid and continue testing and tracing efforts alongside any back-to-work bonus.

“If you talk about a return-to-work bonus and you’re not also extending unemployment insurance, that’s a problem,” said labor economist Martha Gimbel, manger of economic research at Schmidt Futures. “We know a lot of people will still be unemployed.”

In addition to some people not being able to return to work because of health concerns, economists also point out that child care remains a big issue as many schools and day-care centers are still closed, making it hard for parents to go back full time even if a job is available.

Meatpacking plants offer a warning sign of what can happen when workers return to job sites where the coronavirus can spread rapidly. More than 11,000 coronavirus cases have now been tied to Tyson Foods, Smithfield Foods, and JBS. The companies kept most of their plants running during the pandemic as Trump urged them on. Some grocery stores have also experienced a flare-up of coronavirus cases.

Amid the continued public health crisis, some experts wondered why the government would make it more attractive to take any job instead of rewarding those who work on the front lines, whose jobs are considered essential during the pandemic.

“Why not target the bonus to people engaged in dangerous operations?” said economist Gary Burtless, a senior fellow at the Brookings Institution. “Does it make sense to give a bonus to people returning to jobs as Disney characters at Disney World?”

Burtless said there already is a big incentive to return to work because people typically lose their unemployment benefits if their former employer offers their job back and they refuse to return.

Some White House advisers are strongly warning against any extension of unemployment benefits or work bonuses. The Heritage Foundation’s Stephen Moore said in an interview that he and supply-side economist Arthur Laffer have urged the administration to allow the benefits increase to expire in August and focus on approving a payroll tax cut. Kudlow has also championed the payroll tax cut.

“Why do you have to give people bonuses to go back to work? The only reason you may need to do that is that the government is paying people not to work,” Moore said. “We’ve told them, ‘Why don’t you stop these very high payments that have very adverse consequences.’ ”

The return-to-work idea is unusual in the United States, but nations including Germany have used similar tools, such as wage subsidies, effectively during recessions to keep workers pay about the same, even if their employer reduces hours. Many economists say these types of programs have helped reduce job losses and financial hardship in Europe during the pandemic. Share
Facebook
Twitter
WhatsApp
Pinterest
Linkedin
ReddIt
Email
Print
Tumblr
Telegram
Mix
VK
Digg
LINE
Viber
Naver
Previous article1 Don’t trust the Stock Market and what you must know
Next articleArgentina is on the verge of defaulting on its debt again. Here’s what you need to know.