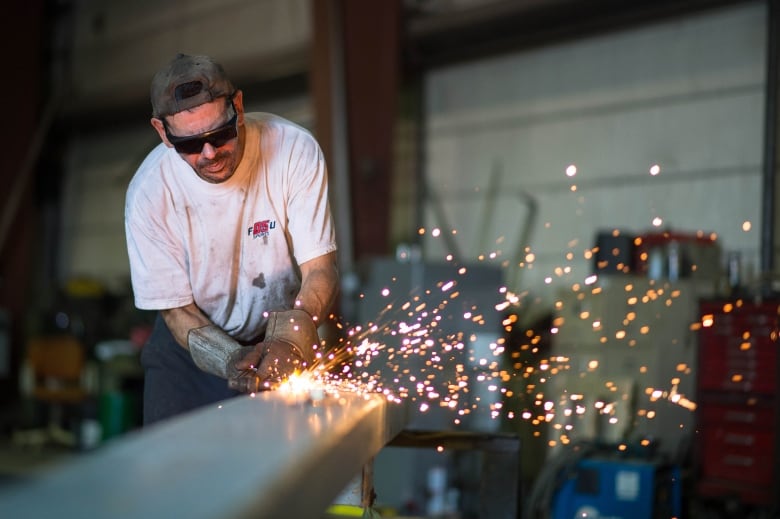 The plans include a mix of fiscal prudence — such as O’Toole’s promise to wind down the Canada emergency response benefit (CERB) — and tax incentives to restore the economy to health.

But both candidates have shied away from the more aggressive cost-cutting approach recently advocated by former prime minister Stephen Harper in an opinion piece in the Wall Street Journal.

Harper, who trained as an economist, said in the article that national balance sheets have become an “unholy mess” and warned some countries are likely to face sovereign debt crises in the months ahead.

“If they fail to practice mild austerity proactively, a brutal kind will be thrust on them,” Harper wrote.

But instead of pushing for an early austerity drive, O’Toole and MacKay are talking about returning to balanced budgets and a more normal level of spending over time, as the country starts the slow climb out of pandemic-induced shutdowns.

The candidates have even suggested they’d extend some Liberal initiatives.

While critical of the current level of government spending, both promised to continue the Canada emergency business account (CEBA) program — which extends credit to businesses and includes a grant of up to $10,000 — for another year to help smaller businesses get through this crisis.

O’Toole said “big government” failed Canadians during the pandemic and the state needs to be “more effective and responsive” in the months ahead.

As part of his nine-point jobs plan, the Durham MP is promising that, if he becomes prime minister, he’ll launch a royal commission on the pandemic within 100 days of taking office “to ensure that all lessons learned from this crisis are publicly aired.”

“After five years of Liberal mismanagement during the good times, Canada is now facing its most serious economic challenges since the Great Depression,” O’Toole said in a statement.

“In a time when there is enormous strain on families from coast to coast, the Trudeau government is failing to provide clear and timely leadership.”

MacKay has suggested business operators in two of the hardest hit sectors of the economy — restaurants and tourism — should be permitted to stop charging GST to make their services more affordable for consumers who have all but abandoned them over the last three months because of physical distancing measures.

MacKay also took aim at Trudeau as he announced his eight-point jobs plan, saying the prime minister’s response to the crisis has been to “open the financial floodgates for individuals” while failing “to provide the supports and conditions that employers need to keep jobs alive.”

The candidates’ plans include some of same policies the party campaigned on in the last election — repealing Liberal environmental laws like Bill C-69 and C-48 in order to boost the natural resources sector, and eliminating the carbon tax.

Both candidates are promising a streamlined process to get more pipelines built to move Canada’s oil and gas products to market. O’Toole is suggesting a government led by him would entirely eliminate oil imports from outside of North America.

MacKay said a government led by him would direct Canadian trade commissioners to promote natural resources products in countries where “they are under attack by environmental activists.”

But both leadership candidates have offered some new ideas to bolster an economy on the ropes.

MacKay and O’Toole are pitching plans to restore Canada’s manufacturing base, with promises to build domestic capacity for making medical equipment so that Canada will be self-sufficient if it’s hit with another pandemic.

Canada has relied on China and the U.S. throughout the pandemic for masks and ventilators.

O’Toole said Canada needs domestic supplies of these goods so we “no longer need to rely on supply chains stretching to China to supply critical life-saving needs in future emergencies.”

The manufacturing sector in Ontario has lost some 200,000 jobs in the last 15 years, thanks to new technologies and operations moving offshore.

MacKay said a mix of tax cuts — such as a 100 per cent capital cost allowance write-off for equipment purchases — and programs to retrain workers for technologically advanced factories will help a manufacturing sector that was once the economic bedrock of the country’s largest province.

MacKay, a former defence minister, is also promising to spend much more on the military — and get Canada to the 2 per cent of GDP spending goal set by NATO — something he said would benefit the aerospace, defence and technology industries.

O’Toole is proposing a “new hire incentive” which would reduce the employment insurance premiums that small- and medium-sized businesses pay if they add new workers.

O’Toole, a former veterans affairs ministers, said he wants Canada to become self-sufficient in food production as well. He’s promising “a program to build clusters of greenhouses” across the country to grow crops year round.

The two men are also taking a hard line on China’s involvement in the Canadian economy, with promises to strengthen foreign investment reviews to keep “state-owned entities from non-free countries” from buying Canadian companies and resources. (O’Toole said such investments could get a green light if “there is a compelling reason to approve.”)

Both have said they will keep Huawei, the Chinese tech giant with close ties to the Communist regime in China, out of Canada’s 5G network.

Both candidates also promise to tackle a deficit that has soared to well over $360 billion this year.

MacKay is promising to rein in the size of the federal government and put “Canada on a path to return to balanced budgets.” O’Toole is vowing to bringing the budget to balance “on a prudent timeline” through an ordered “step down” of COVID-19 measures that have caused the deficit to balloon.

MacKay’s plan was criticized by Ken Boessenkool, a former campaign strategist for Stephen Harper, for offering little in the way of support for families who will be looking to rebuild their finances after the pandemic ends.

“Not a single word about childcare or helping families cope with the post-COVID recession? Nothing at all? Because without a family recovery plan, you don’t have an economic recovery plan,” he tweeted after MacKay released his plan.

The pandemic has triggered what some are describing as a “she-session” — a term coined by labour economist Armine Yalnizyan to describe the pandemic’s disproportionate economic effects on women in the service sectors.

With schools and child care centres shuttered, returning to work is a lot harder for women with children than it is for most men.

O’Toole, who released his plan a day after MacKay did, mentions support for families with children. He is proposing a “family action plan” which would convert the existing child care expense deduction to a refundable tax credit.

The federal government hasn’t yet proposed any new initiatives to jump-start the economy — its focus has been on managing a pandemic that is still very much alive — but it has asked the private sector to suggest “big ideas” to help the Canadian economy bounce back.

The government recently posted a $3.75 million contract on its procurement website asking firms to put together plans for “economic stabilization and resiliency.”