William and Harry Had the ‘Rift,’ Not Kate and Meghan, Royal Filmmaker Says 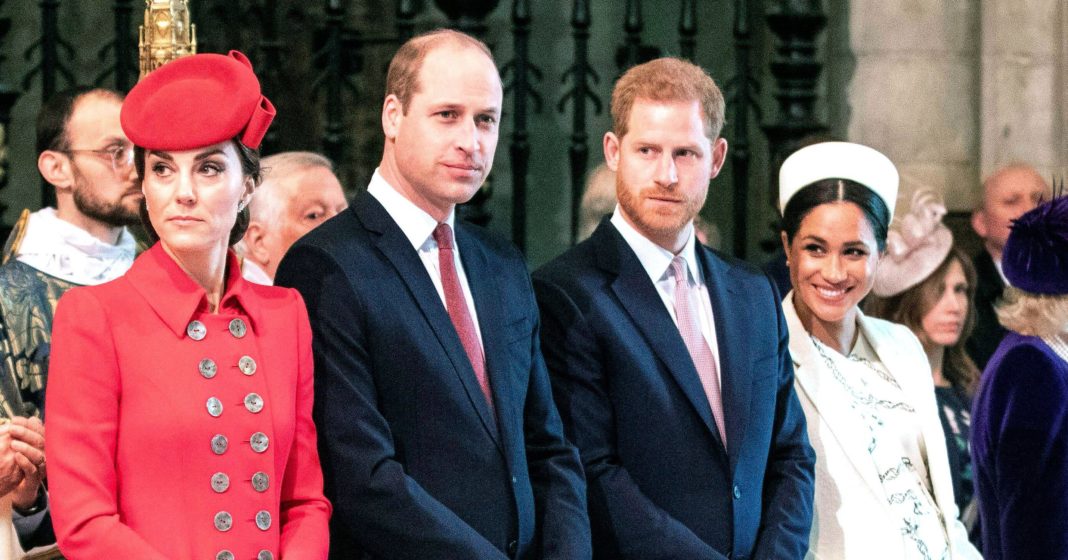 A brotherly spat? Longtime royal filmmaker Nick Bullen claimed that Prince William and Prince Harry were the real family members in a feud, as opposed to their wives, Duchess Kate, and Duchess Meghan, respectively.

“It’s actually that William and Harry have had a rift,” Bullen, who has worked closely with Prince Charles, told Fox News. “All brothers fall out. All families fall out. Their fallout at the moment is becoming public.”

He continued: “I think people don’t want to think about that with these two boys. These are two boys who lost their mother [Princess Diana] at a really early age, and the fairytale is that they are closer than ever and need each other, and I think that’s probably true. But equally, they are two grown men in their 30s, starting their own families, different wives. They are moving to different parts of the country, different duties.”

Bullen, who said the “suggestion” of a feud between the brothers came from a “well-placed” source, noted that Charles, 70, and Queen Elizabeth II “are working incredibly hard to try and make sure everybody reunites.”

So, why did the rumors surround the duchesses if the problem was really between their husbands? “It’s a much sexier story to have two duchesses at war,” the filmmaker claimed, adding: “Let’s have these two super glamorous women — one British, one American. One an actress, one sort of an English rose. Let’s put them against each other.”

Us Weekly exclusively revealed in November 2018 that Kate, 37, and Meghan, also 37, were not at war. “The ‘feud’ is definitely being played up,” a source told Us at the time. “Are they the best of friends? No. Do they speak every waking second? No. Do they hate each other? Absolutely not.”

The Fab Four reunited at an event celebrating Charles at Buckingham Palace on March 5.

Kensington Palace confirmed on Thursday, March 14, that Harry, 34, and Meghan officially split households from William, 36, and Kate. The palace told Us in a statement: “This long-planned move will ensure that permanent support arrangements for the duke and duchess’ work are in place as they start their family and move to their official residence at Frogmore Cottage.”