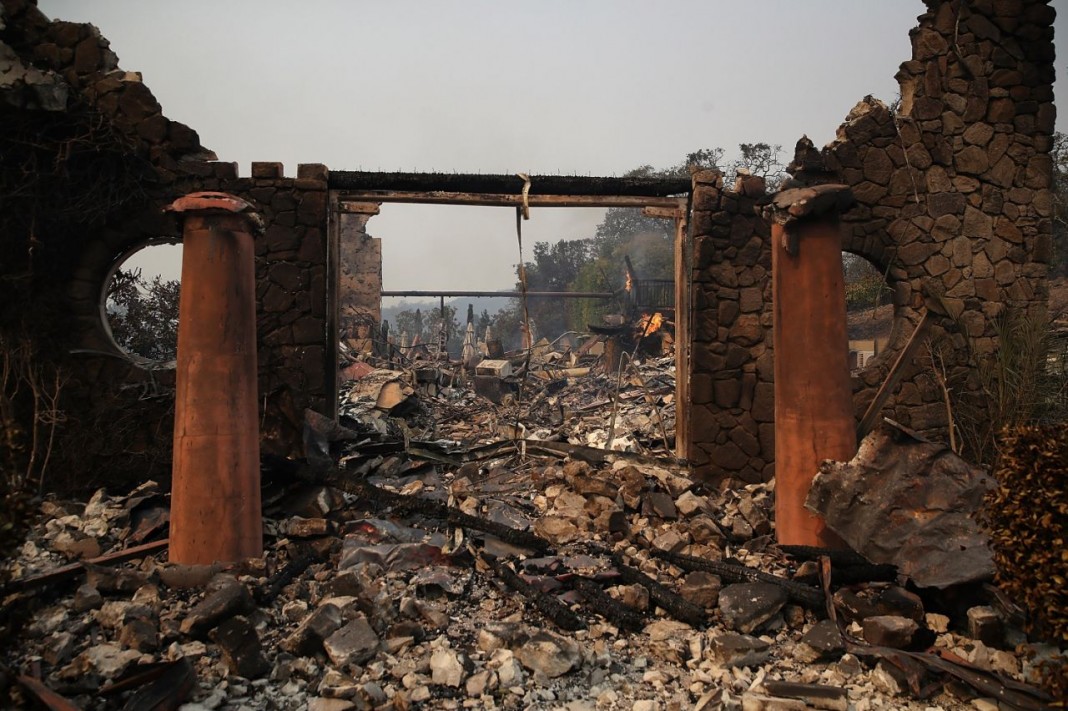 Metal racks sagging with dozens of blackened bottles were among the smoldering remains of a Napa Valley winery destroyed by wildfires that raced through a region famous for its fine food and drink.

The bottles were empty, sucked dry of wine. Some wine barrels were intact, as well as a swimming pool and chairs, but otherwise, the Signorello Estate winery structure was gone.

Throughout Northern California’s wine country, vintners able to get to property surveyed the damage to vineyards, tasting rooms and storage while others had to wait patiently for flames to die down.

At the Gundlach Bundschu in Sonoma County, workers were not sure the grapes above the winery survived a second night of fires that have destroyed at least two wineries and damaged more.

“We haven’t been able to go up and assess the vine damage,” said Katie Bundschu, vice president of sales. “We’re in the process of salvaging what we can.”

Speedy, wind-driven wildfires that started Sunday came as workers in Napa and Sonoma counties were picking and processing ripe grapes to make chardonnay, merlot and other wines that have made the region a global hot spot. Millions of locals and out-of-staters flock to the counties every year to sample wine, sit in mud baths and soak in the region’s natural beauty.

At least five wineries belonging to members have had “complete losses” in facilities, with another nine reporting some damage, said Michael Honig, board chairman of the Napa Valley Vintners trade association and president of Honig Vineyard & Winery. He said the group has not heard from all members, especially those in the most vulnerable parts of the valley.

“That’s been the biggest problem — the information — you can’t access these areas,” he said. “We don’t have a good idea of how the vineyards have been impacted.”

He said the good news is that most of the valley had picked 90 percent of the crop for 2017. Most of the remaining fruit, he said, are thicker-skinned cabernet sauvignon grapes that won’t be affected by smoke. (AP)