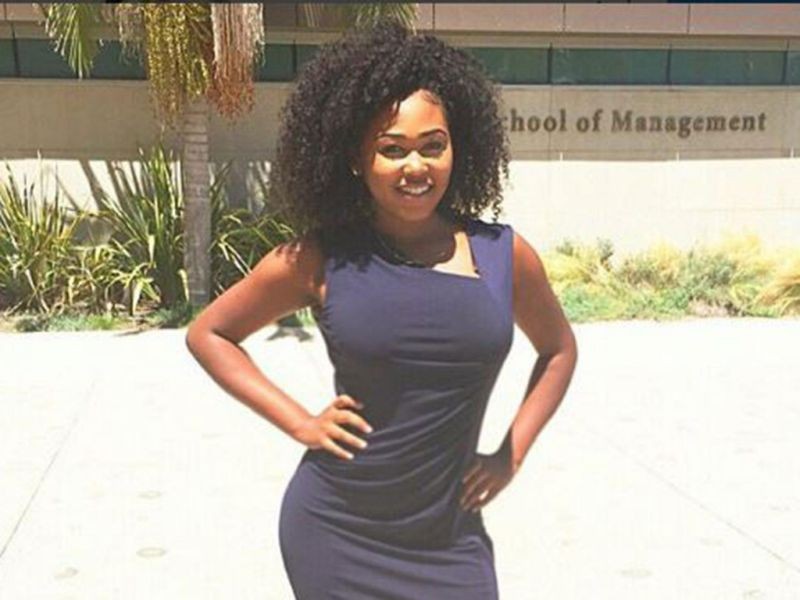 A 22-year-old woman who was shot and killed by police after crashing into an officer with her car was an aspiring lawyer, her relatives have said.

Cariann Hithon had been celebrating her birthday when she crashed her black BMW into three vehicles in Miami.

As a crowd gathered around her car, Ms Hithon sped forwards, knocking one Florida police officer to the ground before another quickly fired three shots at her.

Her car then swerved across the road and crashed.

Ms Hithon was taken to a nearby hospital where she died of her wounds.

The police officer she hit, David Cajuso, has been released from hospital and is recovering at home, the Miami Beach police department said.

According to the Miami Herald, investigators believe Ms Hithon and her friend, who got out of the car before she accelerated, had been drinking heavily.

In social media footage of the shooting, one bystander can be heard saying the driver was “drunk as sh**.”

Cary Hithon said his daughter’s actions were “out of character.”

He told CBS Miami the aspiring lawyer “wanted to make a difference in the lives of people who weren’t as fortunate as her.”

She had recently transferred from Hampton University in Virginia to Temple University in Philadelphia and was expected to graduate with a degree in political sciences.

Prosecutors have opened an inquiry into whether police acted lawfully in shooting and killing Ms Hithon.