Why Winnipeg ought to be the pandemic envy of North America 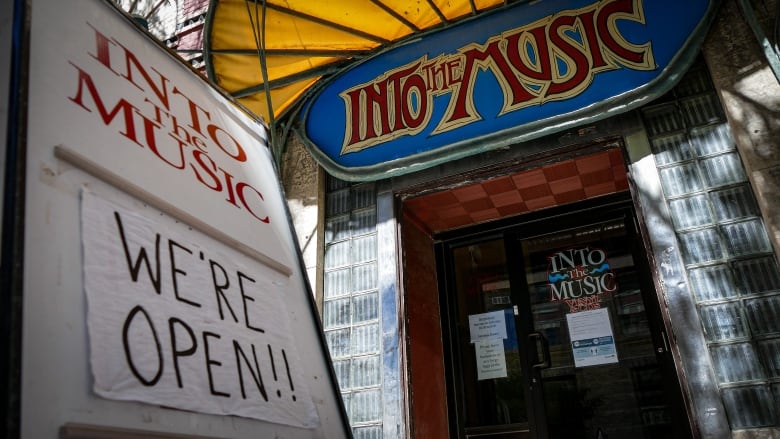 Winnipeggers are used to looking around the world and wondering, on occasion, why they choose to live here.

Winters bring biting cold. Every other spring has flood potential. Summers involve an amusing parade of insect annoyances that start with leaf-crunching caterpillars before progressing into aphids that encrust sidewalks in sugary goo, yellow jackets that jostle for a taste of your patio beverage and maybe some mosquitoes, if the soil happens to be sufficiently soggy.

These are all just inconveniences, of course.

In the spring of 2020, life in Winnipeg is more than just convenient. It may be the most fortunate city on the continent when it comes to the COVID-19 pandemic.

Winnipeg is one of the largest cities in North America to so far sail through the public health crisis with few cases of the disease, almost fully functional hospitals and an economy where only a handful of remaining businesses are not allowed to reopen.

On Monday, Manitoba permitted restaurants to resume serving customers indoors, provided they operate at half capacity. Gyms were permitted to invite patrons to begin sweating off all the sourdough they’ve consumed since the middle of March.

Manitobans who spent all spring biting their nails at the prospect of new COVID-19 cases could go for a manicure instead. Some kids even went back to school on Monday, if only to meet their teachers.

And as if to underscore the rationale behind this second phase of Manitoba’s reopening strategy, the province once again reported no new cases of COVID-19 on Monday, nobody in hospital with the disease and an active provincial caseload of 10.

This may seem like a parallel universe compared with Ontario, where 3,884 cases remain active, the maximum outdoor gathering size remains five people, and a manicure remains an illicit luxury.

Montreal alone has reported 25,545 cases of the disease since the pandemic started, including 2,927 deaths. Toronto has logged 11,338 cases and 828 deaths to date.

A grand total of 215 cases have been reported in Winnipeg, out of  297 in all of Manitoba as of Tuesday. Five of those Winnipeg patients died.

Winnipeg has been spared the fate of Canada’s largest cities due to no fewer than five factors: Geography, timing, government action, collective behaviour and presumably, luck.

Located in the centre of the continent, Winnipeg received few COVID-19 cases during the earliest days of the pandemic. The Manitoba capital is not a major airline passenger hub, and Winnipeg lacks physical proximity to any major metropolitan area. The closest, Minneapolis-St. Paul, is seven hours by car and an international border away.

Timing helped out Winnipeg, because few international travellers visited the city in late February and early March, as the pandemic was heating up.

Spring break for students also occurred after the pandemic was declared, limiting the number of Manitobans who may have otherwise travelled and returned with the SARS-CoV-2 virus.

Manitoba’s government, meanwhile, took relatively swift action when it came to mitigating the spread of the disease.

The province locked down hospitals four days after the first case of the disease was reported in Manitoba. Within the next two weeks, maximum public gatherings were reduced to 10 people, schools were shuttered, non-essential businesses were ordered closed, and all visitors and most returning travellers were required to self-isolate.

Many Manitobans did their part by accepting public health advice to stay home whenever possible and washing their hands more frequently than they did before the pandemic.

The role of luck cannot be overstated. The most vulnerable people in Manitoba have so far avoided the worst of the pandemic. Manitoba’s personal care homes evaded all but one minor outbreak. No one living on a First Nation has been diagnosed with the virus.

There have been no outbreaks in Manitoba meat-processing plants or other factories.

At this point, the incidence of COVID-19 is so low in Manitoba, the greatest threat remains importing the disease from other parts of Canada and the rest of the world.

The requirement to isolate for 14 days remains for anyone who isn’t a long-distance trucker or someone returning from communities just inside the Ontario and Saskatchewan borders.

Manitoba is nonetheless easing up on the soft checkpoints at interprovincial borders, where motorists were being stopped and advised of the need to isolate in this province.

“As the numbers have shifted, we’ve slowed down some of those checkpoints,” said Dr. Brent Roussin, Manitoba’s chief provincial public health officer, speaking to reporters on Monday.

“What we found was a number of the people that we’re stopping was just repeat [traffic].”

In other words, there is now less education about the requirement for visitors and returning travellers to self-isolate and almost no enforcement of the measure. Roussin said it appears Manitobans have got the message.

To be sure, there is no reason to suggest Winnipeg or Manitoba will experience such good fortune in perpetuity. It only takes one COVID-19 superspreader to create a spike of infections. There’s also no evidence many people in the city and province are immune to the disease.

So Winnipeggers can enjoy the relative freedoms that exist in a city where only movies, major summer festivals and pro sports have been cancelled, along with any gathering over 25 people indoors and 50 outside.

The knowledge that restrictions can be brought back is sobering. So should the fact that the rest of the continent ought to look at what Manitobans have right now with envy.