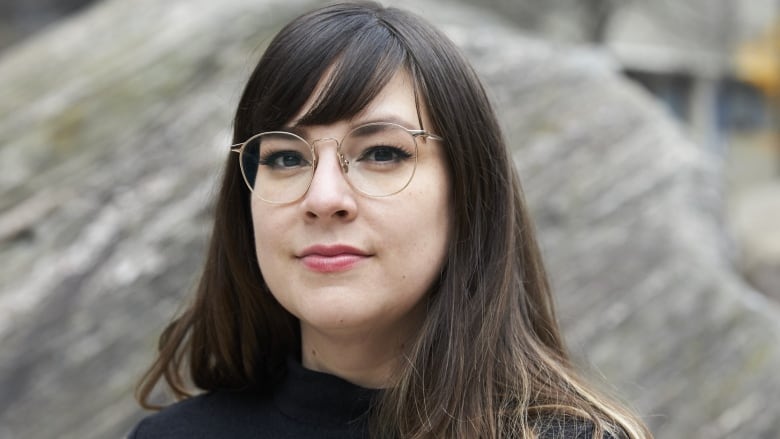 Unreserved46:20Making the most of the National Day for Truth and Reconciliation

On Sept. 30, Canada will mark its second National Day for Truth and Reconciliation, a time to commemorate children who died while being forced to attend church-run and government-funded residential schools, those who survived and made it home, their families and communities still affected by the lasting trauma.

But despite the goal of the day, there is evidence that it’s not necessarily clear to all Canadians exactly what the day is for or how it can be best used to advance reconciliation.

“The gravity of the day isn’t really understood or acknowledged,” Eva Jewell, a professor at Toronto Metropolitan University and research director at the Yellowhead Institute, told Unreserved’s Rosanna Deerchild.

Parliament approved the federal statutory holiday last year — days after the Tk’emlúps te Secwépemc First Nation confirmed the discovery of 215 potential burial sites on the grounds of a former residential school in Kamloops, B.C. But the Truth and Reconciliation Commission had called for its creation six years earlier as one of its 94 calls to action.

Jewell, who is Anishinaabe from Chippewas of the Thames First Nation, says the National Day for Truth and Reconciliation is perhaps still developing “an identity,” and that while Indigenous peoples should be deciding how the day is observed, there needs to be a wider, collective conversation.

“I don’t think it’s sustainable for Indigenous peoples to have to trot out our trauma year after year. And I don’t think that it’s OK for Canadians to just sit back and consume our hardships,” she said.

Jewell believes that the day is a time for Canadians to reflect on the foundation of their country, “which is rooted in Indigenous genocide.”

She would like to see Canadians reflect on “the ongoing inequities that we still face” such as high rates of child apprehensions, poverty and incarceration of Indigenous people, and what can be done in response.

“I can see it being a day where we can reflect on what Canada is really doing structurally as a country to relieve those burdens from Indigenous peoples,” she said.

She suggests there is great power in organizing at a local level and encourages people to lobby local politicians — municipal, provincial or federal — and ask them what their plans are to implement the 94 calls to action.

WATCH | Pope’s use of word ‘genocide’ called a late, but important development: 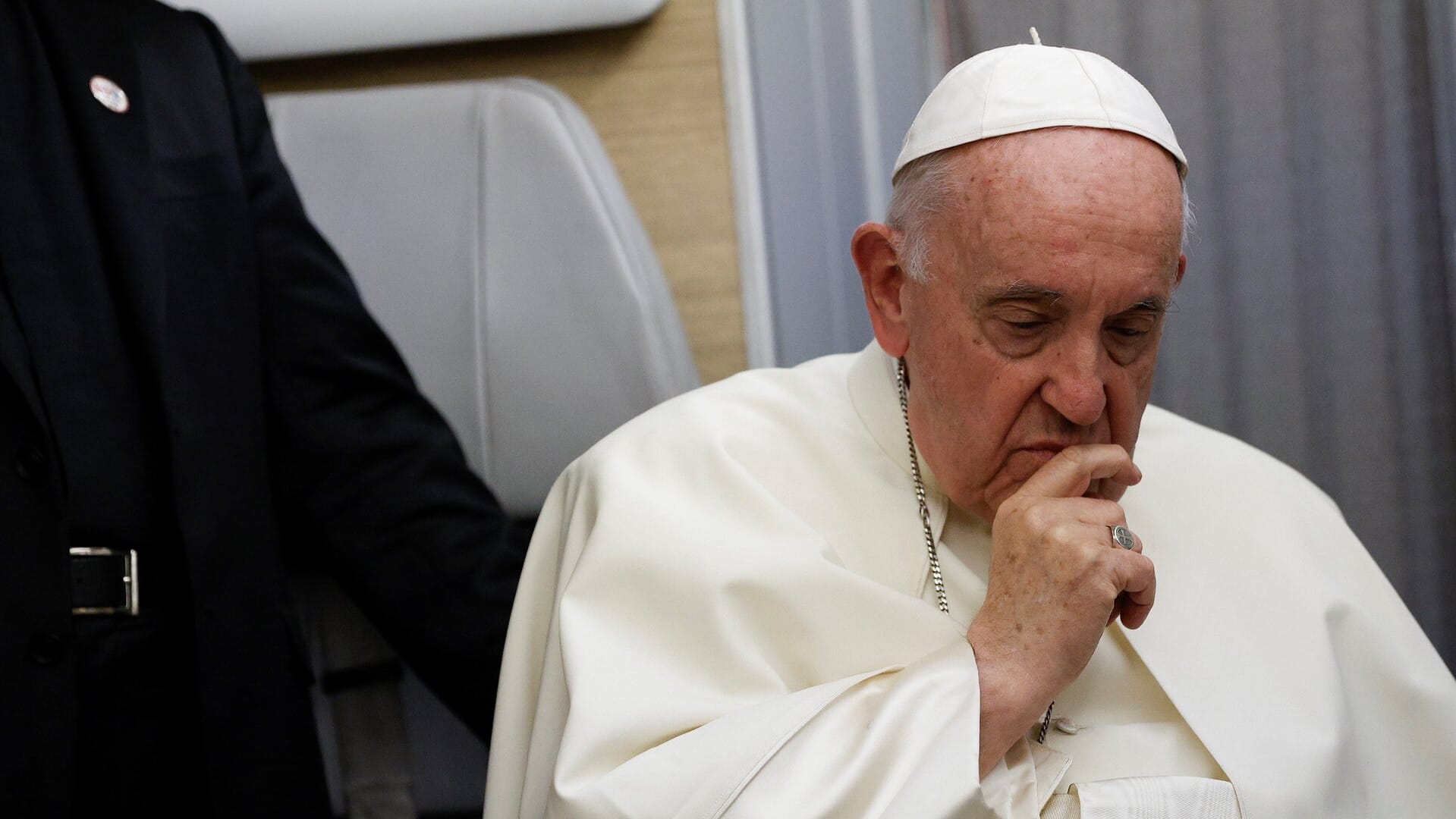 Pope Francis described Canada’s residential school system and its forced assimilation of Indigenous children as genocide. Brock Pitawanakwat, the co-ordinator of the Indigenous Studies program at York University, called the Pope’s comments ‘late,’ but said they were an ‘important development.’

“A huge part of reconciliation is understanding how small, genuine gestures contribute to the great reconciliation between Indigenous and non-Indigenous people,” says Sabre Pictou Lee, a Mi’kmaq advocate and researcher with Archipel Research and Consulting.

“Reconciliation means Indigenous communities having access to their lands in ways that they can act on treaty rights,” she said. “It means that non-Indigenous people are benefiting from stewardship arrangements in safe and clean drinking water, in safe and healthy agricultural initiatives.

“It means developing a nation where our partnership has been centred and the well-being of the greater community is centred.”

Shawn Francis, who is from the Madawaska Maliseet First Nation in New Brunswick, works to bring back the Wolastoqiyik language and culture to his community. He suggests Canadians can wear an orange shirt or a pin on Sept. 30 to acknowledge what happened to Indigenous children — but not to stop there.

Mindset of ‘get over it’

Ian Thomas, who is from Beardy’s and Okemasis First Nation and works as director for First Nations and Métis Relations at the Saskatoon Health Authority, says he would like to see Canadians attend an event on Sept. 30, either in person or virtually, “to really sit with an open heart and mind, to hear the stories of survivors.”

He says too often he’s heard the old refrain of “get over it” from non-Indigenous people. He encourages people with that mindset to instead “sit within themselves and think … ‘What is that it that I’m saying they should get over?’ and to really unpack that and where those feelings are coming from.”

“I think that’s really going to empower people to take a step to [consider], ‘OK, what can I do as a treaty person on treaty land, you know, as a Canadian? What’s my role in that? How can I support this healing?’ “

Kayla Littlepoplar has suggestions for how that can be accomplished. The 17-year-old from Sweetgrass First Nation is the 2022 Indigenous Youth of the Year and is also the first Indigenous Young Leader at BGC Canada —  formerly the Boys and Girls Club. She says non-Indigenous Canadians can be part of the healing by listening to Indigenous voices, offering a helping hand and working toward making their communities more inclusive.

The president of the Native Women’s Association of Canada urges people to drop by any of the organization’s events planned for Sept. 30, which will include films, talks and stories.

“If someone would just venture in and see what we have to share, I believe that they’ll leave with a little bit more history of our country,” said Carol McBride, who is an Algonquin leader and Elder from Timiskaming First Nation.

“It will enlighten their knowledge in what exactly happened with the Indigenous people of this country. And I think by knowing that history, I think we’ll come together and we will reconcile at one point.”

Lakehead University, where Cynthia Wesley-Esquimaux is Chair for Truth and Reconciliation in Canada, has given all staff and students the day off on Sept. 30.

She says that rather than “go home and play video games,” she hopes people will take part in something related to the day.

“We are asking people to take the time to pause and learn something about Canada’s history. And that history is inclusive of them, whether they were born here, whether they immigrated here, whether they’re Indigenous,” said Wesley-Esquimaux, who is from the Chippewas of Georgina Island First Nation.

“Reconciliation means to me a change in the face of Aboriginal Canada for everyone.”