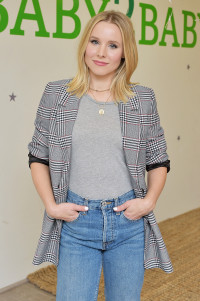 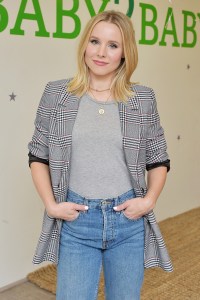 One of Kristen Bell’s most beloved roles is Anna from Frozen, but fans may be surprised to find out that she has questions about another very famous Disney princess.

In a new interview, the actress, 38, voiced concern about Snow White and the Seven Dwarfs after reading the children’s book to her two daughters with husband Dax Shepard: Lincoln, 5, and Delta, 3.

“Every time we close Snow White, I look at my girls and ask, ‘Don’t you think it’s weird that Snow White didn’t ask the old witch why she needed to eat the apple? Or where she got that apple?’” she told Parents magazine. “I say, ‘I would never take food from a stranger. Would you?’ And my kids are like, ‘No!’ And I’m like, ‘OK, I’m doing something right.’”

Bell also sought issue with another character’s behavior in light of the #MeToo movement.

“‘Don’t you think that it’s weird that the prince kisses Snow White without her permission?’” the Veronica Mars star said she has asked her girls. “Because you cannot kiss someone if they’re sleeping.”

In the 1937 animated classic, the prince rushes to see Snow White, only to find out that she has died. He asks the seven dwarves to open her casket so he can say goodbye before leaning over and kissing her on the lips, causing her to awake from her slumber.

Some Twitter users did not agree with Bell’s comments about the fairy tale. “While I am ALL for this, stop over analyzing and ruining my favorite Disney girls!” one critic tweeted. Another wrote, “I love @IMKristenBell and respect her opinion but honestly as a kid I didn’t think that deep about those movies haha and I believe most kids don’t notice those things. As adults yes we can see them, and they are a little weird but most kids don’t look that deep into movies.”

Bell’s interview came days after Keira Knightley said on The Ellen DeGeneres Show that she has “banned” her 3-year-old daughter, Edie, from watching Cinderella.

“She waits around for a rich guy to rescue her,” the Pirates of the Caribbean star, 33, said. “Don’t. Rescue yourself, obviously.”