Why attitudes toward mask wearing are quickly changing in Canada and the U.S. 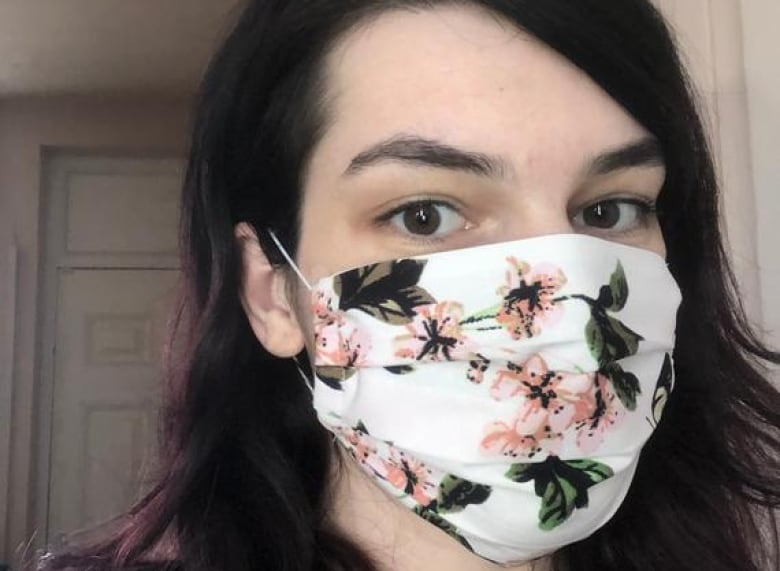 Societal attitudes in Canada and the U.S. toward wearing masks in public as protection against COVID-19 have undergone an “unprecedented’ shift in just a matter of months, some social psychologists say.

“As somebody who studies social norms, it’s astonishing. It’s like a flip in a blink of an eye in terms of this change,” said Catherine Sanderson, a social psychology professor at Amherst College in Massachusetts.

“I actually think that’s because of the unprecedented nature of what happened. And so I think what we’ve seen is that this is just an unprecedented time. And that’s something that leads to very, very fast shifts.”

In some East Asian countries, mask wearing has been recommended or required since the start of the pandemic.

And while the effectiveness of masks continues to be a source of debate within the scientific community, more people are embracing the idea in the U.S. and Canada, a number of surveys reveal.

Health Canada has said homemade masks might reduce the spread of the wearer’s infectious droplets to others but may not provide complete protection against “virus-sized particles,” in part because of variations in the way they fit and the materials people are using to make them and their relative potential to block those particles.

N95 respirators, which are recommended primarily for health-care workers, on the other hand, can help protect the wearer against respiratory viruses, such as the novel coronavirus, when they are worn correctly and form a seal around the nose and mouth.

WATCH | What you need to know before wearing a mask:

Dr. Samir Gupta provides crucial information about wearing a mask during the COVID-19 pandemic and what to think about before putting one on. 2:30

In a two-week period in April, the proportion of Canadians wearing some sort of a protective mask in public rose from one-fifth to one-third, according to an online poll of 2,015 Canadians commissioned by the Association for Canadian Studies, a non-profit organization.

Another recent online poll conducted May 6 by DART & Maru/Blue found that 65 per cent of the 1,513 randomly selected Canadians surveyed agreed they must wear a mask or face covering whenever they are outside the home and among other people. And 81 per cent said that a person must wear a mask at all times in barber shops, hair salons and nail salons.

In the United States, polls have also revealed surge-like support for wearing masks.

“It’s fascinating in two months how much behaviour can change and really turn on a dime,” said Toni Schmader, a social psychology professor at the University of British Columbia in Vancouver.

Not only are individuals opting to wear masks, a growing number of retailers are requiring or requesting shoppers wear a face covering in their stores. And starting Monday, Uber will require all drivers and passengers wear masks.

Meanwhile, stores such as Old Navy and the Disney Store are selling fashion masks. The U.S.-based online marketplace Etsy says its total sales doubled in April, in large part because of face mask sales, The Verge website reported.

This increased demand for masks is in part likely the result of a number of health officials declaring the importance of wearing masks in public. In the U.S. and Canada, there were two key policy shifts. At the beginning of the pandemic, neither the U.S.-based Centers for Disease Control and Prevention nor Canada’s chief public health officer, Theresa Tam, had advocated the use of masks in public.

But in early April, the CDC, followed by Tam days later, said that new studies on the subject prompted a shift in mask advice. The agency now recommends the use of face masks in public places where physical distancing is difficult to maintain.

Shortly after the CDC announcement, Gallup found that the percentage of Americans who reported that they had worn a mask outside of their homes has increased from 38 per cent to 62 per cent in just one week.

“Wearing a mask is new. It’s different. It’s not something that most of us have done. But what we also know is that behaviour can change very, very fast under particular circumstances,” Sanderson said.

“What we know is that when there’s clear health evidence, things change very fast.”

About 25 per cent of the population needs to engage in an activity in order for the majority of people to change their behaviour, she said.

WATCH | How much protection do gloves and masks provide?:

‘The point of the mask,’ says Christopher Labos, ‘is to protect others from you,’ especially if you are an asymptomatic carrier of the virus. 2:58

“And that creates the tipping point. So, you don’t need everybody to do it, but you need enough people to do it so you sway it.”

As well, you need particular people doing that new behaviour, she said.

“You really do need role models, whether that’s celebrities or presidents,  prime ministers, athletes, actors — you need people who are sort of trend setters, social Influencers, but at a broader level.”

Schmader agreed that a significant key in changing behaviour of individuals is having them feel like the norms of people around them support that behaviour.

“Because a lot of times the things that we know are good for us still don’t motivate our own behaviour. Unless we see everyone else doing it.“

She said wearing seatbelts, although mandated by the government, was behaviour that people readily adapted to in a fairly short period of time.

However, Jack Jedwab, president of the Association for Canadian Studies, said the poll the association commissioned indicated that fear and anxiety are what’s prompting more people in Canada to wear masks.

“I think health officials encouraging you to wear masks gives it more legitimacy,” he said. “At the same time, I think it’s the degree to which you are fearful of getting the contagion that probably is more of a determining factor.”