Who are the GTA developers set to benefit from Ford government’s Greenbelt land swap? 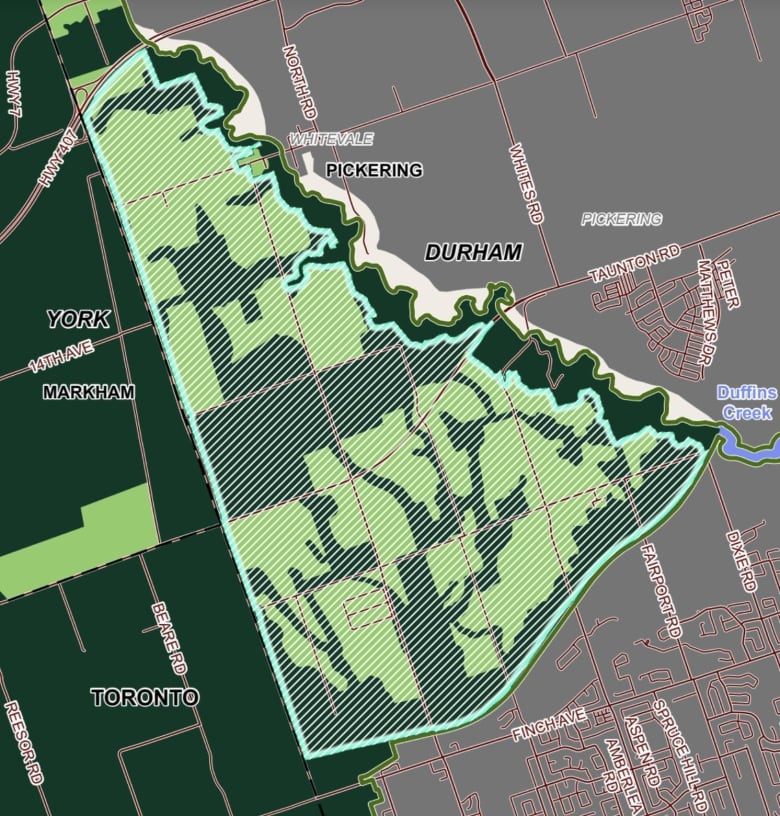 Several well-established developers are among the owners of the 15 parcels of land the Ford government is proposing to open up for housing in the protected Greenbelt in the Greater Toronto Area, a CBC Toronto analysis of dozens of land registry and corporate records has found.

The Ontario government announced a 30-day consultation last week on removing 2,832 hectares across 10 municipalities from the Greenbelt, which was created in 2005 to permanently protect agricultural and environmentally sensitive lands in the Greater Golden Horseshoe area from development.

Corporations run by the DeGasperis family, longtime builders based in Vaughan, Ont. north of Toronto, who founded Tacc Developments and Tacc Construction, own 20 properties in three locations within the Greenbelt the government is proposing to open up.

The list of landowners also includes a company run by Michael Rice, president and CEO of Rice Group, and one run by Shakir Rehmatullah, president of Flato Developments.

The province said last Friday the move will facilitate the building of at least 50,000 homes and that the plan is to add more land elsewhere to the Greenbelt than is being taken out. The lands considered for removal were chosen because they have the potential for homes to be built in the near future and because they are adjacent to existing urban areas, the government of Premier Doug Ford said.

Here’s what CBC News learned about some of the largest landowners who stand to benefit from the so-called Greenbelt land swap.

The biggest parcel of land the province is proposing to open for development involves Duffins Rouge Agricultural Preserve, along Pickering’s eastern town line, covering land from Highway 407 in the north, nearly all the way to Finch Avenue in the south.

Four companies controlled by members of the DeGasperis family own 16 of about 60 properties within it. The 16 lots were bought for more than $9 million and all but one of the properties were purchased before the Greenbelt was created in 2005.

In total, the DeGasperis-controlled properties cover 506 hectares of this part of the Greenbelt. Other landowners within the Pickering parcel include farming companies, a golf club and the Toronto and Region Conservation Authority.

A company run by the DeGasperis family also owns one of two tracts of land that intersect with the section of Greenbelt land potentially being taken out in Vaughan north of Teston Road and east of Pine Valley Drive.

Tacc Developments (Block 41) Inc. purchased one for $50 million in May 2021. The 43-hectare property includes a mixture of Greenbelt and non-Greenbelt land, the latter of which makes up the larger portions.

Tacc Developments is currently building a subdivision of low- and mid-rise housing along with other developers in the area on Block 41, one of Vaughan’s last remaining greenfield areas located on 428 hectares of land bounded by Kirby Road to the north, Weston Road to the east, Teston Road to the south, and Pine Valley Drive to the west.

Leslie Elgin Developments purchased two of the lots together for $37 million in August 2010, the records show. CBC Toronto was unable to obtain the sales history for the third, although the company did receive a $200-million mortgage for the property in 2017.

Green Lane Bathurst GP Inc. is the sole owner of the Greenbelt land proposed for removal from King Township. The land fits within two of the company’s other properties, which together take up 276 hectares.

The company, which lists Michael Rice as its president, purchased five parcels of land in total in a group sale two months ago on Sept. 15 for $80 million.

Rice is also CEO of the Markham-based Rice Group, a developer of retail, industrial and infrastructure projects.

While removing this land from the Greenbelt would open it up for housing development, the Township of King’s council earlier this week passed a resolution supporting it as the location of a new Southlake Regional Health Centre site, and asked the province to fast track its development.

The province is proposing to remove two parts of the Greenbelt in Stouffville. They intersect with land owned by three companies.

Toronto-based Torca II Inc., whose president is Marcelo Perez-Hassaf, purchased more than 29 hectares at 12045 McCowan Road for $25 million in September of 2020.

A numbered company that lists the same directors as Torca II Inc. purchased 11861 McCowan Road in April 2020 for $12.5 million.

Documents accessed through the York Region council link Torca to Orca Equity Ltd., a company involved in the planning, development and financing of residential, commercial and industrial projects throughout Ontario, according to its website.

WATCH | What Ford has said about the Greenbelt: 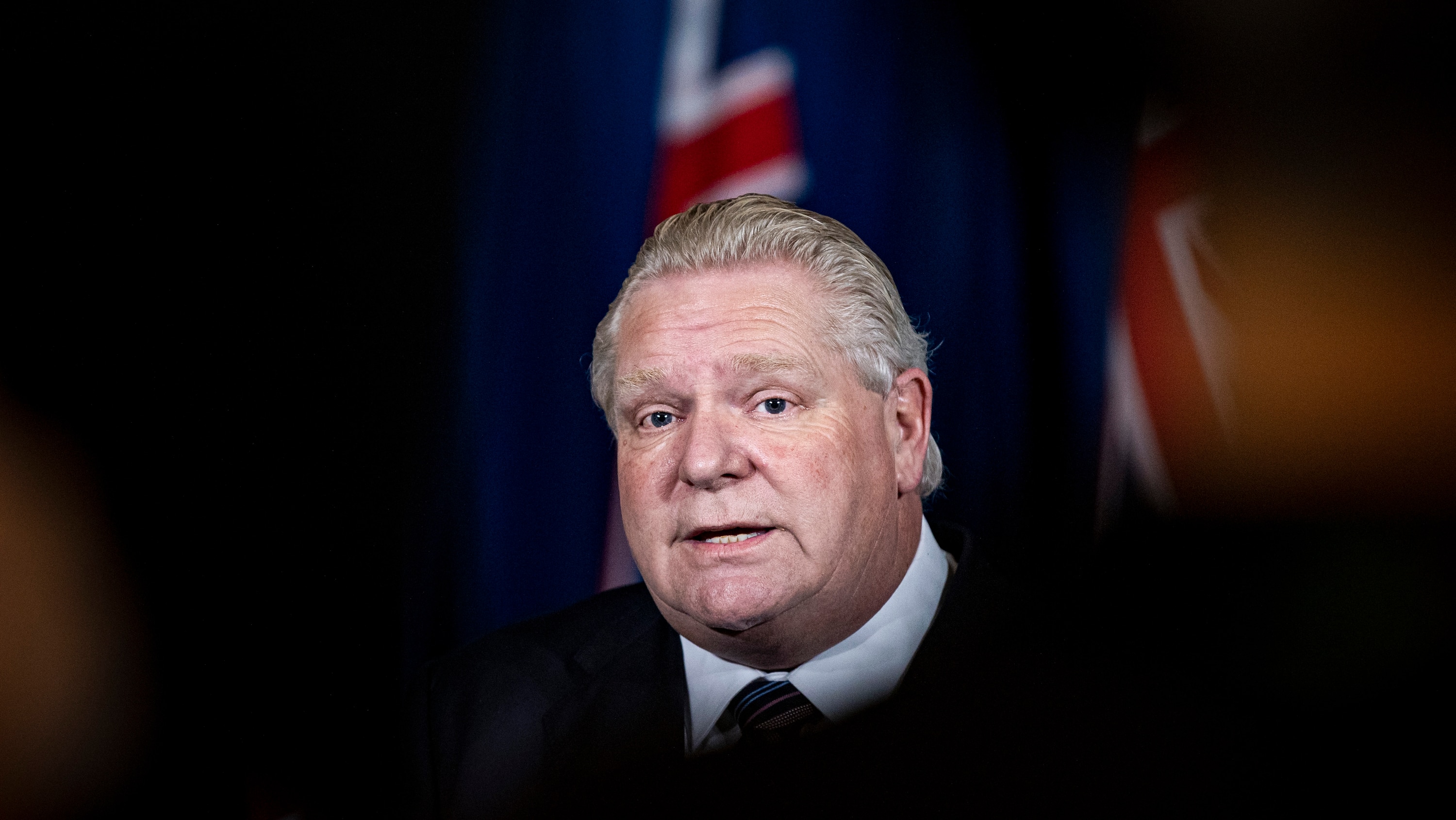 From pledging to never build on it in 2018 to saying it’s part of the solution to Ontario’s housing crisis in 2022, here’s how the premier’s position on the controversial issue has changed.

Wang is also the chair of Wyview Group, a Markham-based developer that works on residential and industrial projects.

Six parts of the Greenbelt in Markham are on the chopping block.

Wang is also president of three numbered companies that own land at three addresses on Highway 48 with Greenbelt land the province is proposing to open for development.

In 2021, the three companies acquired the properties for a total of more than $80 million.

Flato Upper Markham Village Inc. owns a triangular parcel of land that could be removed from the Greenbelt at the northeast corner of 19th Avenue and McCowan Road. Shakir Rehmatullah, who founded Flato Developments Inc. in 2005, is the company’s president.

Flato Upper Markham Village bought the land on the border between Markham and Soutffville in 2017 for $15 million. The developer is building a subdivision in the area that will include a mix of single-family homes and an apartment building, according to Markham city council documents.

Minotaur Holdings owns a parcel of land at 10379 Kennedy Road that includes part of the Greenbelt.

The company purchased it in 2003 for $7.5 million. Its officers include Clayton and Corey Leibel, who are also associated with Forest Bay Homes Ltd.

Nash Road Developments Inc. is the sole owner of the land slated for removal from the Greenbelt in Clarington. Its president is Peter Tanenbaum.

The company has owned 34 hectares at the northeast corner of Nash Road and Hancock Road in Courtice since 2003 when it purchased it for $2.75 million.

The area is the site of several new proposed subdivisions made up of single family, detached homes and medium density residential buildings.

A numbered company based in Richmond Hill owns the land the province is proposing to remove from the Greenbelt in Ajax — a 42-hectare farm that was designated as having cultural heritage value last year.

The company purchased the Nicholas Austin property at 775 Kingston Rd. East in June 2018 for $15.8 million. Most of the property is currently part of the Greenbelt.

The company’s main officer is Yuchen Lu, whose address is listed in Fuyang, China.

Here is the full Ontario government proposal to cut Greenbelt land and open it for development:

If you have any information about this story, or any other issue you’d like CBC Toronto to investigate, contact us at torontotips@cbc.ca