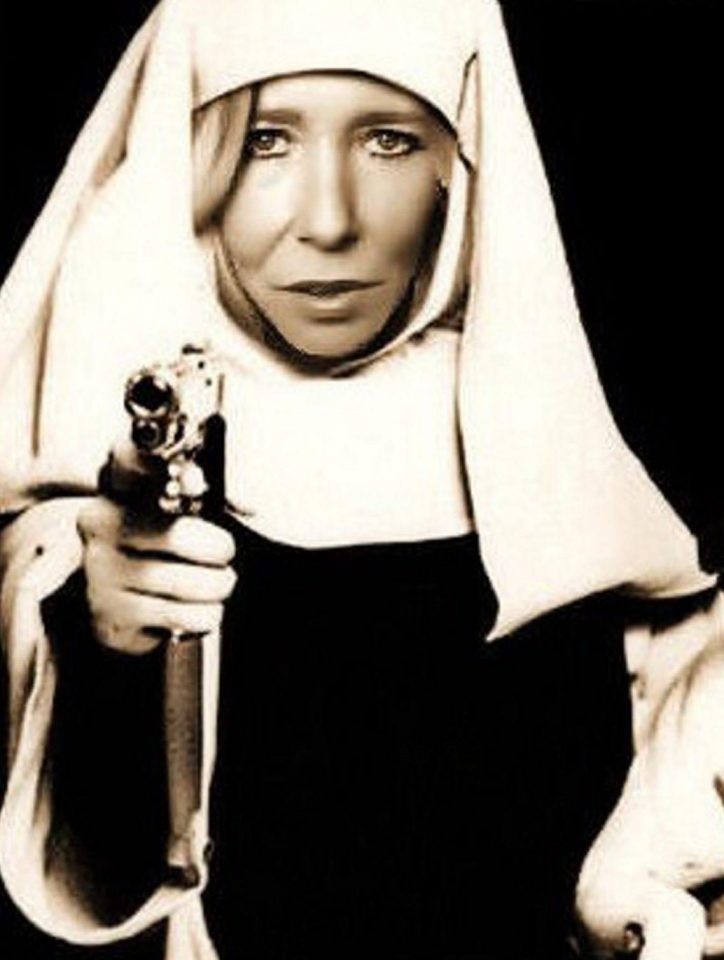 The US Air Force Predator strike is said to have taken place close to the border between Syria and Iraq.

A Whitehall source said: “The Americans zapped her trying to get away from Raqqa. Quite frankly, it’s good riddance.”

But news of the success has been kept quiet on both sides of the Atlantic amid fears her 12-year-old son Jojo may also have been killed.

Reports say Jones was last been seen alive fleeing the carnage in Raqqa and heading toward the Syrian border town of Mayadin.

Jones — who left her home in Chatham, Kent, with Jojo in 2013 to join ISIS in Syria — regularly used him as a human shield.

It is not known whether Jones was in a building or a moving vehicle when the drone struck.

It was flown remotely by a pilot at an air base in the States. The CIA and MI6 officers spent months trying to track her down.

Jones, a key IS recruiter of female foreign jihadis, was designated a High Value Target and would have been high on a US kill list.

But sources said Jojo was not specifically targeted as he had not been deemed a combatant.

If he was also killed in the missile strike, it would not have been on purpose.

Sources said the attack would have been aborted if it had been known he was close by.

THE KENT JIHADIST Who was Sally Jones? The former single mum from Kent who turned into ‘Mrs Terror’?

US intelligence chiefs say they cannot be 100 per cent certain that the strike killed Jones as there was no attempt to recover any of her DNA.

Without putting special forces on the ground, it is impossible to have total certainty.

But the Americans are “confident” she is dead.

Drones often follow their targets for weeks, awaiting an opportunity to launch a missile without also killing civilians.

The US government could still face a backlash for killing Jojo if his death is confirmed.

Jojo is believed to have been brainwashed by IS — undergoing lessons in radical Islam and firearms and ­martial arts training.

Last year his heartbroken grandparents identified a boy who featured in an IS execution video as Jojo.

Standing behind a row of kneeling prisoners in orange boiler suits, the boy brandished a pistol moments before the men were murdered.

It was a world away from his Kent childhood, with relatives describing him as a gentle animal-loving lad. One said: “He would never even tread on an ant.”

The drone strike came as coalition forces tightened the squeeze on IS positions in Raqqa.

Muslim convert Jones was nicknamed the White Widow after her IS kingpin husband Junaid Hussain was killed by a drone in 2015.

She met computer hacker Hussian, 21, from Birmingham, in Syria. Mum-of-two Jones, a former punk singer who lived on benefits, was put in charge of the female wing of an IS battalion of foreign fighters.

It was founded by Hussain to attack Europe and America. She was also a key recruiter of British IS wannabes.

US intelligence blames her for publicising a list of 1,300 US military personnel for IS fanatics to attack.

It is thought she is the sixth Briton killed in Syria by a drone.

They include Reyaad Khan and Ruhul Amin, who died in 2015. Executioner Mohammed Emwazi, known as Jihadi John, was struck months later.

Jones and Hussein were accused of plotting IS terror attacks across three continents.

They were linked to a plot to blow up the Queen and Prince Philip on the streets of London during VJ celebrations two years ago. She also used Twitter to spread extremist propaganda and fantasies about beheading Westerners with a “blunt knife.”

In 2016 she was accused of calling on women in London, Glasgow and Cardiff to commit terror attacks in the Muslim holy month of Ramadan.

In July a friend of Jones said she was desperate to return to the UK but was being forced to stay by her husband’s fanatical comrades.

More than 18,000 people signed a petition calling for Jones to be blocked from ever returning to Britain.

Over the summer coalition forces, including the US, UK and Australia, took part in more than 500 air and drone strikes per month against IS.

UK security services estimate 850 Britons have travelled to Syria to fight for IS, with about 250 feared to have returned here.

SALLY Jones left her Chatham council house for the killing fields of Syria to be a jihadi bride — taking eight-year-old Jojo with her but leaving behind an older son.

Once in Raqqa, the former punk singer wed Junaid Hussain, who she had met online, and took the name Umm Hussein al-Britani.

Back home her distraught family watched as she posted anti­Semitic hate messages under a photograph of herself wearing a niqab and waving an AK-47.

In one propaganda post, she posed as a nun with a gun and spoke of her wish to behead Christians with a “nice blunt knife.”

Hussain was killed by a US army drone in Raqqa in 2015 — and Jones became known as the White Widow.

She also became a prolific recruiter for IS and her name was put on a US kill list.

But it did not stop her trying to encourage terror attacks in the West. In one 2016 post she sent a message saying: “Have a nice summer. I wouldn’t go into central London through June or July. Well, to be honest, I wouldn’t go there at all by Tube.”

Her last appearance on social media was in September 2016.

She said: “I’ll never marry again. I’ll remain loyal to my husband until my last breath.”