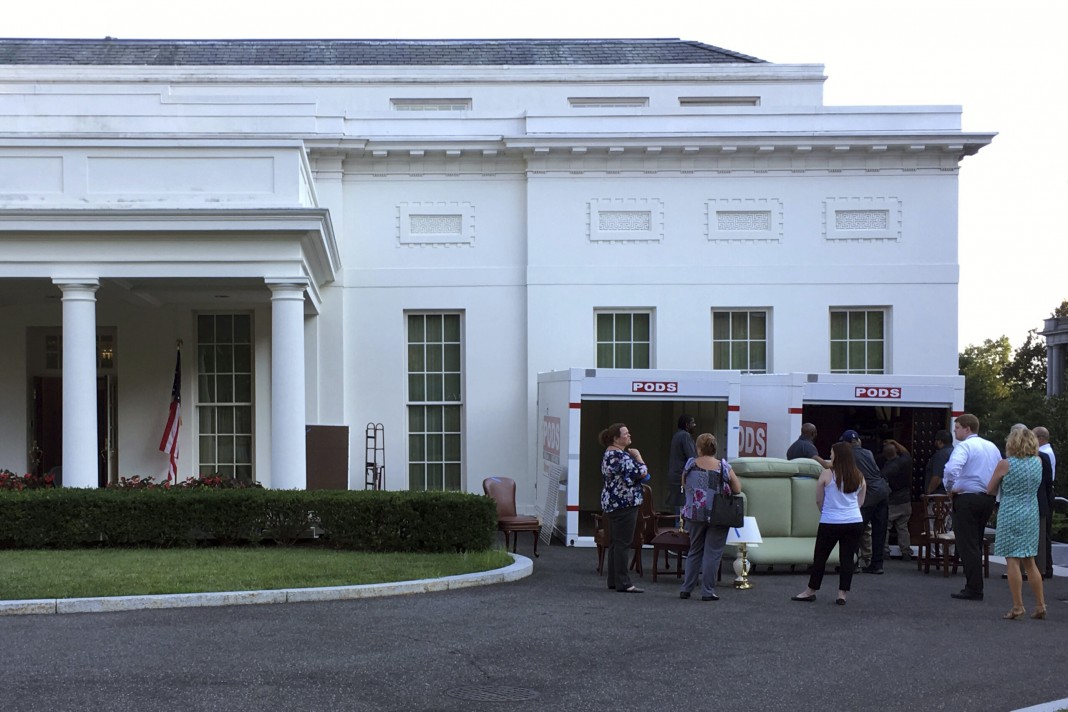 President Trump doesn’t seem to like life in the White House, reportedly calling the presidential residence a “real dump.” So here’s a look at the 200-year old mansion’s flaws and selling points. (Jenny Starrs/The Washington Post)

Donald Trump has spent a good chunk of his presidency far away from the fly-infested White House — lately at a cottage on his resort in Bedminster, N.J., where he recently explained to fellow golfers that the “White House is a real dump,” according to Golf Magazine.

You may have heard this already — and that Trump denied making the remark.

“TOTALLY UNTRUE,” he wrote Wednesday, several hours before he once again evacuated the White House for Bedminster — at which point a renovation crew immediately began tearing the presidential residence apart.

Because whether Trump said it or not, 1600 Pennsylvania Avenue has undeniably acquired some not-un-dump-like qualities over the years.

Renovations underway at the @WhiteHouse. One hour after Air Force One is wheels upthe Oval Office is empty. West Wing is clearing out now. pic.twitter.com/FRLZX2WWFN

The scuzziness has nothing to do with the current occupant. As Jenny Starrs noted for The Washington Post, the White House is a centuries-old mansion whose original designers and occupants, whatever their foresight regarding matters of governance, never planned for the plumbing, wiring, extensions and HVAC systems that would be tacked on in future decades.

President Harry S. Truman imagined the building was haunted, Starr noted — and so dilapidated that he had the place overhauled in the 1940s.

That was the White House’s last major renovation, and many a smirch has accumulated since. President Bill Clinton had a little asbestos problem in the 1990s — when his family returned from vacation once to find their bedrooms unusable while a work crew finished up, according to the New York Times.

And then there are the maggots.

President Barack Obama was famously beset by a housefly during a TV interview a few months into his presidency, amusing reporters when he killed it on camera.

But that fly was one of many generations that had infested the White House through several administrations, the New York Times reported.

Nearly a decade later, Trump reportedly ordered his chief of staff to kill one during a meeting in the Oval Office.

[Does Trump really think the White House is a dump? ‘TOTALLY UNTRUE,’ he says on Twitter.]

Obama’s White House photographer wrote that it was a “shameful thing to say, or even think,” and Clinton’s daughter pointedly thanked all the “ushers, butlers, maids, chefs, florists, gardeners, plumbers, engineers and curators” who keep the place up.

Thank you to all the White House ushers, butlers, maids, chefs, florists, gardeners, plumbers, engineers & curators for all you do every day https://t.co/rjQS9HeALG

Trump called the report “Fake News,” for his part, though a White House official told CNN that the president frequently complained about the building’s poor condition.

So a worker turned off the air-conditioning as soon as Trump left for Bedminster on Friday, the Times reported.

White House officials packed up and moved to a building next door, the Resolute Desk was hauled off by movers, and a crew will work to overhaul the place before the president returns in two and a half weeks.

Behind the scenes at the @WhiteHouse – the Resolute desk being removed from the Oval as renovations begin. History: https://t.co/t0alLjNryj pic.twitter.com/8uV1KqxVQC

“The president’s going to continue to work and we all need to be relocated out of the West Wing due to these renovations that should have taken place before,” deputy White House spokeswoman Lindsay Walters told the Associated Press.

She was right. According to the Times, the White House’s heating and air-conditioning systems were nearly three decades old, and supposed to have been replaced during Obama’s second term.

But Obama elected to leave the job for the next president, the newspaper reported.

Crews will also address embarrassments across the mansion.

These include a “foul odor” that CNN reported in the West Wing, where ceilings drip in the rain.

And as the Times noted: The South Portico will get its first new steps in 64 years, and Obama-era carpets will be de-yellowed.

It’s unclear how much of the work, if any, is at Trump’s behest. The White House did not immediately respond to requests for comment Saturday.

And again, the president says he never called the White House a dump.

All we know is that when he gets back from his fifth trip to Bedminster since moving into the White House, he should arrive to a building that gives him slightly more incentive to stay.