Where have all the workers gone? Don’t blame COVID, economists say 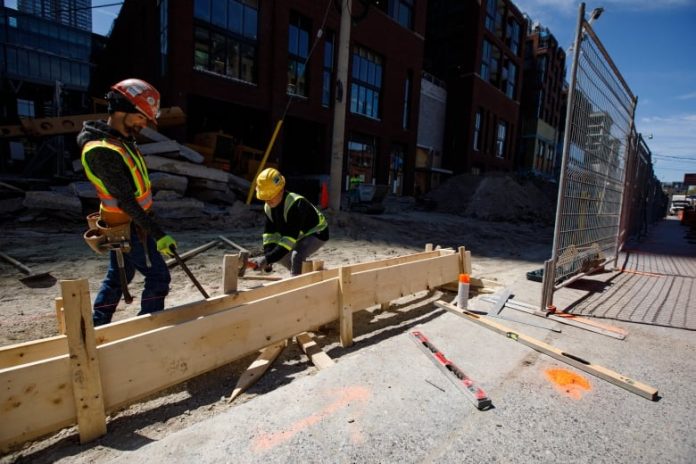 Canada is in the throes of a serious labour shortage, but economists say it’s not all the pandemic’s fault — it’s the inevitable culmination of a seismic demographic shift decades in the making.

“It’s the slowest-moving train on the planet. It was predictable 60 to 65 years ago, and we have done nothing about it,” said Armine Yalnizyan, an economist and Atkinson Fellow on the Future of Workers. “We knew this transition was going to happen.”

The numbers behind all those help wanted signs are startling.

According to Statistics Canada, the unemployment-to-job vacancy ratio — a key measure comparing the number of Canadians looking for work to the number of available jobs — is currently hovering at a historic low in every province. In fact, the ratio is significantly lower now than it was before the COVID-19 pandemic began.

While those 55 and older have been steadily exiting the Canadian workforce — an exodus that some economists believe was accelerated by the pandemic, as many older workers opted for early retirement — there simply aren’t enough younger workers to replace them.

In fact, participation in the workforce among those ages 25-54 approached 88 per cent in May, up more than one percentage point from February 2020, before the pandemic had taken hold in Canada.

“That’s what happens when a baby boom finally starts exiting from stage left, and there’s not enough people entering from stage right,” Yalnizyan said. “We’ve actually got a higher share of the working-age population working than ever.”

That contradicts the theory that some sort of “great resignation” among working-age Canadians is to blame for all those job vacancies, according to Ian Lee, associate professor at Carleton University’s Sprott School of Business.

“I just found that very suspicious because unless you’re independently wealthy … most of us have to have income to survive,” Lee said. “It just didn’t make sense.”

“Your first suspicion as a labour economist is, well, are people just not in the labour force anymore?” said Gordon Betcherman, professor emeritus at the University of Ottawa’s school of international development and global studies. “But that’s not the case. It’s back up to levels that we had before COVID.”

Instead, economists say the data points to the emergence of an employee’s market where workers are enjoying an enormous amount of leverage over employers.

“It’s undeniable this trend we’re in where the balance between job seekers and job vacancies has definitely shifted,” Betcherman said.

According to Statistics Canada, that has led to virtually unprecedented labour shortages across nearly every employment sector.

There just aren’t enough people willing to do poorly paid jobs that are marginal at best.– Armine Yalnizyan, economist

In particular, the construction and manufacturing sectors are having a difficult time recruiting skilled workers, followed closely by accommodation and food services, which includes hotels, restaurants and bars.

“People are finding other places to work. There just aren’t enough people willing to do poorly paid jobs that are marginal at best,” Yalnizyan noted.

“Workers have a lot more choices now,” Lee agreed. “If you have more choices and you don’t have to work in that industry, you’ll go and work in an industry where there’s a better career stream and where the wages are higher and the hours are more predictable.”

That could force employers in certain industries to raise wages, Lee said.

“I’m not suggesting that the demand for these jobs is going to go away. It’s not,” he said. “It suggests to me that we’re going to see some pretty serious wage inflation in these industries over the years ahead.”

According to Yalnizyan, this competitive new environment means employers in certain sectors will also need to raise wages if they hope to retain skilled workers.

“We are losing people who are trained as early childhood educators because we won’t pay them more than we pay pet groomers. Well why would they stay if they can get a better job in some other sector?”

That’s borne out by Statistics Canada data showing the reservation wage — the minimum hourly rate at which job seekers are willing to accept a position — surpassing the current offered wage in nearly every sector, whereas Canadian workers have historically been willing to settle for less.

Economists believe there are other possible outcomes — increasing automation to fill the vacuum left by the labour shortage, for one. Some industries could also bring in more temporary foreign workers to help fill gaps at the lower end of the labour market, potentially blunting the gains made by domestic workers.

But Yalnizyan said rising wages could help erase some of the inequalities caused by a labour market that has for years paid some workers well and the rest poorly.

“If we actually improve wages and working conditions, particularly at the bottom, we could be creating the conditions for making a more resilient middle class that can actually afford to buy stuff. That’s what we’ve been missing out on for quite a while now,” she said.